Dreamlight Valley will feature a number of familiar characters from Disney and Pixar.
Leah J. Williams 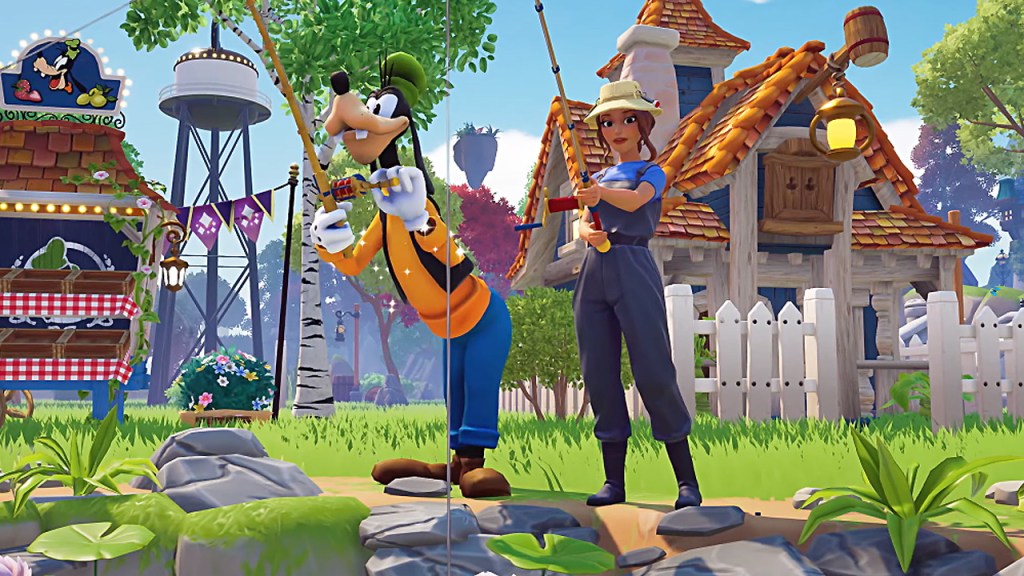 Disney and Pixar fans are set to get their very own Animal Crossing in 2023, in the form of Gameloft’s Dreamlight Valley, a free-to-play life simulator game with a starry cast of beloved characters. This game will take place in the titular Dreamlight Valley, a land that has been corrupted by strange plants known as Night Thorns, and an event called The Forgetting, which has caused every villager to lose their memories.

Players will build a custom character, and go on a journey to forge friendships with Disney and Pixar icons in order to help them regain everything they’ve lost.

While the game is free-to-play, reporting from IGN claims microtransactions are very optional unless players wish to purchase unique accessories and items to ‘glam up’ their character’s life. It appears some expansion packs will be paid but the focus is largely on gameplay, rather than monetisation.

So far confirmed to appear are major characters like Goofy, Mickey Mouse, Ursula, Woody and Buzz from Toy Story, Moana, Simba, Remy from Ratatouille, Ariel, Stitch, and even Merlin the wizard from The Sword in the Stone.

According to IGN, the game functions as a hybrid action-adventure and life simulator journey, with players visiting a number of strange realms like the mysterious Dream Castle, which acts as a portal through the darkness and into each Disney and Pixar realm.

It’s all a bit Kingdom Hearts here – by way of Animal Crossing and Disney Magical World.

When the game launches in early access in winter 2022 (Southern Hemisphere), it will feature four realms to play through, including one based on Moana, and another based on the post-apocalyptic Earth of Wall-E.

The game will be available on PlayStation, Xbox, PC, Mac, mobile, and Nintendo Switch – so everyone should be able to hop in and experience all the action.

You can check out the first trailer below:

Disney Dreamlight Valley is currently set to launch in early access in mid-2022. It is the latest in a long line of Disney/Pixar games released in the past year, which also include titles like Disney Melee Mania and Disney Mirrorverse.

The full release will follow in 2023, and may include multiplayer functionality as Gameloft continues to work on refining the title.