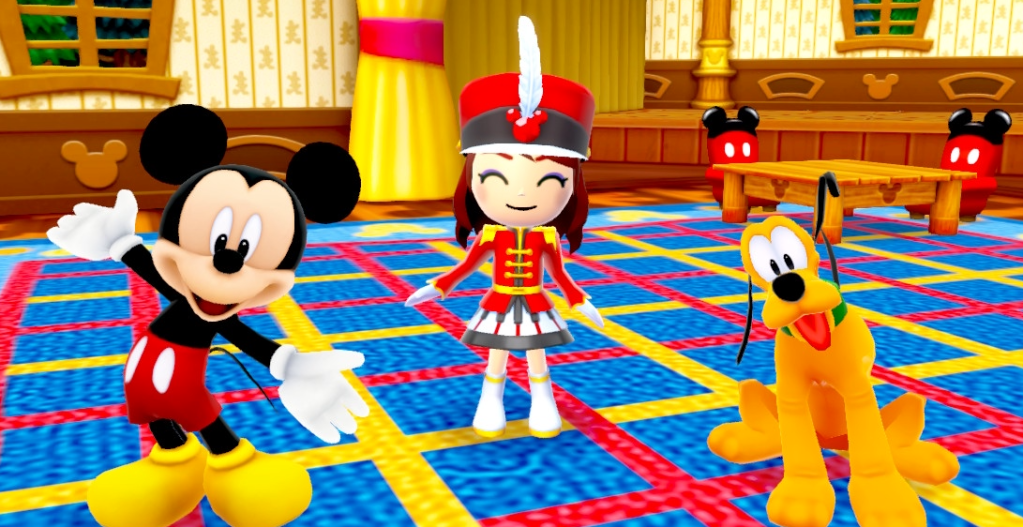 The best part about watching a kid grow up is seeing how they interact with the world, and watching them learning new things. My young niece has recently been introduced to gaming, and seeing how she handles a controller and understands a virtual world has really made me appreciate how complex games can be. It’s also lent me a new appreciation for titles like Disney Magical World 2.

I learned to handle a controller when I was very young, with aid from my mother and older siblings. They taught me how buttons helped to interact with objects, and how a joystick could be used for direction. It’s a complicated process that many take for granted as they get older — but it can be a struggle for young kids. Learning to game isn’t like interacting with the real world.

It’s why games like Disney Magical World 2 are so needed.

Games can be magical for young kids, but they need an introduction that’ll hold their hand and guide them through more difficult challenges. As a starter RPG, Disney Magical World 2 is a perfect first game.

In Disney Magical World 2, you play the role of a young child entering a magical Disney theme park. You meet a rogue’s gallery of Disney’s most iconic characters, befriend them, journey through their worlds, and take part in a number of fun activities like exploring, surfing and dungeon-crawling.

There are shades of Kingdom Hearts in its presentation, and a lot of Animal Crossing, too. While there are some story elements, the basic gameplay is relatively freeform, and sets players on mini-quests, which they can tackle in their own time.

The introductory sequence is particularly useful for younger games, for a number of reasons. It contains a rigid structure, for one, so that players are guided from point to point in a way that illuminates both the walking mechanics, and the activities available in the game. While older players may find the hand-holding frustrating, the first hour of the game is very instructional, and can help younger kids learn the basics of playing games.

It’s slow-paced and never overwhelming, meaning there’s plenty of time to come to grips with how to make clothes, how to pick fruit, how to run the cafe, how to enter the castle dungeon, and how to access new worlds. There’s plenty to do in the game, and the introduction is fantastic for familarisation.

And while there’s a lot to do, you’re not really required to do any of it. While venturing into the castle dungeons for a quick spot of ghost hunting will yield monetary and item-based rewards, you can also choose to play the game as a simple life simulator. You can wander fields, pluck flowers, or go fishing. The choice is in player hands.

Dungeon crawling is exciting and simple (there’s only two buttons you’ll need for combat), but fishing or exploring in the main hub world can be just as rewarding, too.

Eventually, you’ll also unlock the ability to travel through magical portals into the worlds of Disney characters like Lilo & Stich, and Elsa and Anna from Frozen. That’s where the real magic of the game kicks in. Beyond being a great introduction to the world of games, Disney Magical World 2 is also catnip for Disney kids.

The Frozen world was a particular delight to my niece, who owns an Elsa costume, a ‘hairstyling’ Elsa head and multiple Frozen action figures. Being able to explore the world of Arendelle in a more active way meant bright-eyed delight, a fair amount of giggles, and what can only be described as sheer joy.

It was a nice reminder of what video games can inspire, and how fun they can be for kids.

While I found myself enthralled by the need to discover more worlds and unlock everything the game had to offer, my niece was simply delighted to hover in Disney Magical World 2. The game is bright, and inviting, and there’s always something to do around every corner. Simply existing in the game’s world is enough, and being able to chat to Disney characters is a nice bonus.

Essentially, it’s a fun sandbox. It’s got bright, flashy colours and cute activities to complete. It eases you into its magical little world, and introduces gaming concepts in a way that’s inviting and rewarding.

The structure and exploration of the game means there’s every reason to keep playing, with plenty of surprises along the way. While it’s squarely aimed at younger kids (and my niece was certainly hooked), I found myself gripped by the films of my own childhood, too.

Lilo & Stitch is a particular favourite, and discovering its world brought back memories of watching videos at my childhood home, sitting on the couch with popcorn and a new McDonald’s toy. While Disney has grown into a massive, universe-spanning conglomerate since those days, Disney Magical World 2 is still representative of a hallowed time in my life.

It’s a joy, all the way through — and one that bridges a gap between generations.