The first look at Kingdom Hearts 4 has already revealed major clues about the story of the upcoming sequel.
Leah J. Williams 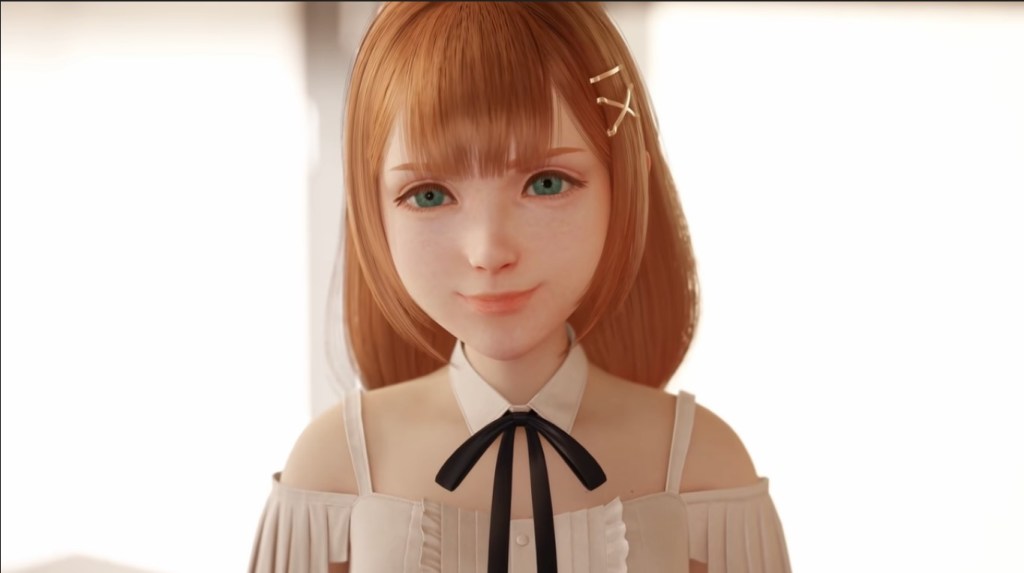 Kingdom Hearts 4, the long-awaited sequel to the classic Square Enix and Disney games, was surprise-announced in April 2022, with a trailer showing off brand new gameplay, and a mysterious ‘real’ world occupied by series protagonist, Sora. While the first look didn’t reveal too much about the new ‘Lost Master’ story arc, or what exactly happened to Sora following the events of Kingdom Hearts 3, it did provide some key hints about the future of the beloved franchise.

For one thing, the trailer introduces the realistic, death-filled world Sora now occupies as Quadratum, a name which first appeared in rhythm game spin-off Kingdom Hearts: Melody of Memory.

What is Quadratum in Kingdom Hearts lore?

Quadratum is actually the name of the main city in Verum Rex, the game-within-a-game introduced in the Toy Story world in Kingdom Hearts 3. Essentially, Verum Rex is a fictional video game in the world of Toy Story, one which is helmed by gritty protagonist Yozora – who greatly resembles the original version of Final Fantasy XV‘s Noctis, as he appeared in cancelled game Final Fantasy Versus XIII.

Yozora is a typical action hero, and is largely considered fictional for the length of Kingdom Hearts 3 – but [SPOILER WARNING] in a secret ending for the game, both Sora and Riku end up wandering the streets of Quadratum, having crossed into this fictional world. They are joined by the Master of Masters, a mysterious villain who lurks from the shadows, and forms a heart over Quadratum’s moon with their hands – indicating plans to cultivate a new ‘Kingdom Hearts’ – a source of power – in this world.

In Kingdom Hearts 3 Re Mind, Sora winds up battling Yozora in Quadratum – although it appears to be a friendly fight, and it’s unclear if it’s happening in a dream or not, as both characters later wake up and recall their odd fight.

Depending on the outcome of this battle, Yozora may claim Sora ‘doesn’t need’ his powers yet, or he may trap Sora inside a crystal and vow to save him following his mysterious disappearance.

Yozora’s world goes unnamed in Kingdom Hearts 3, but is christened ‘Quadratum’ in Melody of Memory after Riku reveals he’s been dreaming of the city. At the end of this game, Riku enters a portal to Quadratum, where it appears Sora has been stranded following his defeat of Xehanort and resurrection of Kairi.

Does Quadratum also feature in The World Ends With You?

The trailer for Kingdom Hearts 4 may have inadvertently created a bit of confusion by featuring a world based so heavily on the real-life city of Shibuya in Tokyo. This city has often featured in video games – but importantly, it operates as the primary location of The World Ends With You, a Square Enix adventure that features a young protagonist entering a darkness-filled world.

The ‘Shibuya’ (Quadratum) in Kingdom Hearts 4 is not the same one seen in The World Ends With You.

Who is the girl in the Kingdom Hearts 4 trailer?

When Sora awakens in Quadratum, he is greeted by a young, red-headed girl that will be familiar to fans of the Kingdom Hearts mobile games, particularly Union χ.

The young girl in the Kingdom Hearts 4 trailer is Strelitzia, a former Keyblade wielder who took part in the ancient First Keyblade War. She was hand-picked by the mysterious Master of Masters to lead an all-powerful Keyblade Union to defend the world from the rise of the Heartless – although she was ultimately defeated in battle by a shadowy stranger.

As with Sora, she ultimately fades away after she is defeated – and appears to end up in Quadratum, which is described as a realm of death, or an afterlife. Her appearance seems to double down on the theory that Sora is, in fact, dead – and that he’ll need to fight his way out of Quadratum to return to the living world.

Importantly, Strelitzia has another major connection to the lore of Kingdom Hearts.

Strelitzia’s brother Lauriam falls to darkness during the events of Union χ, with his soul splitting to form a Nobody named Marluxia, who eventually joins the dark Organisation XIII as the lord of Castle Oblivion, one of the major locales in Kingdom Hearts lore.

Marluxia is a long-time antagonist in the Kingdom Hearts series – and it appears his sister Strelitzia will have an equally large role to play in the events of Kingdom Hearts 4.

What worlds are confirmed by the Kingdom Hearts 4 trailer?

So far, no major Disney worlds have been confirmed to appear in Kingdom Hearts 4, and given how early this game is in development, this will likely remain the case for some time. That said, a small trailer segment featuring Donald Duck and Goofy wandering through a dark space may reveal one world from the game.

In the clip, Donald Duck and Goofy are confronted by an azure flame, which later bursts into a flaming red colour – it’s a minor clue, but likely reveals the person facing the pair is Hades, from the world of Hercules. The colours shown off directly align with Hades’ colour scheme, and with his tendency to spark off red flames when angered.

Olympus featured heavily in Kingdom Hearts 3 as one of the first locales players can visit, and this trailer tease may indicate the return of this ever-popular world.

Nothing has been confirmed just yet – but there is also a number of other clues running around the trailer.

In the early gameplay trailer, fans have spotted a grassy plain that could belong to Endor of Star Wars. While the clues here are shaky, several commenters agree that a particular mechanical object spotted in the background of a brief forest scene could be an AT-ST, one of the war machines made famous in the iconic Disney-owned franchise.

Endor feels like a perfect inclusion for Kingdom Hearts 4 – but it almost seems too good to be true. Could Kingdom Hearts 4 feature a trip to the world of Star Wars? We’ll have to wait to see what’s on the way.

Kingdom Hearts 4 does not currently have a release date, and it’s likely Square Enix will continue to tease the project going forward. Expect much more to come in the months – and potentially years – ahead.