When the world went wrong, Two Point Hospital was the perfect escape 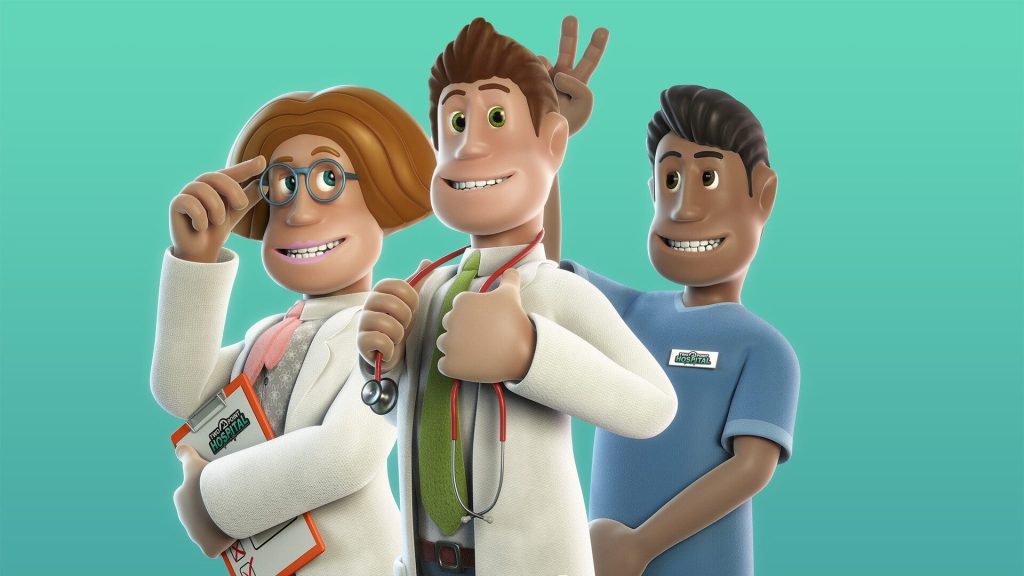 In Two Point Hospital, a pandemic is a disease where you get your head stuck in a pan.

Mock Star, a disease where you believe you’re Freddie Mercury, is just as serious. Then there’s Premature Mummification, where you find yourself wrapped in bandages, and Turtle Head, as seen in the live-action Super Mario Bros. movie. There’s even a condition called Heart Throb, where you can’t help but be attractive.

In the world of the Two Point Hospital, diseases are funny. Death is a pitstop to ghosthood. If you’re having trouble coping with the world, it’s the perfect escape.

When the world gets tough, there’s no harm in seeking happiness through entertainment. In fact, games are the perfect medium to really lose yourself in another world.

It’s still important to keep one foot in the door and understand what’s going on around you — but there’s no harm indulging in some ridiculous fun, particularly if it helps you cope with your circumstances.

The real world is scary. It always has been. Between 2020 and 2021, we’ve all learned lessons about how it works, and how we all cope with change. Some of us deal with crises through humour, and others prefer to stick their head in the sand.

Both methods are valid ways of dealing with the unknown, but I’ve always found humour to be the better option of the two — particularly when it comes to serious, unfathomable issues you have trouble wrapping your head around.

To some, the way Two Point Hospital deals with disease and death so flippantly it will seem crass. As you build your hospital and train your staff, you’ll often lose patients due to lack of time or inexperience. They die in dramatic fashion, and end up as ghosts who need to be sucked up with a vacuum cleaner.

It’s silly, it’s absurd, and it’s just part of how Two Point Hospital makes it easier to deal with our current, pandemic-ridden circumstances.

In many ways, Two Point Hospital functions as a ‘digital dollhouse’, a miniature reflection of the world where players can reshape outcomes and guide their staff and patients forward. In this version of the world, players aren’t helpless onlookers. Instead, they run hospitals solo, training staff on their own, setting up rooms and trying to find the perfect equilibrium between making a profit and making people healthy.

It’s all about control, and building the perfect, miniature universe.

When the world felt off-axis, Two Point Hospital became a unique digital dollhouse to work in. Diseases became trivial. Death was a minor feature. The real world was going wrong, but in Two Point Hospital there was a kind of clinical sanity that helped me deal with the pandemic through absurdity.

Two Point Hospital was never meant to be a coping mechanism. I never expected it to be. But with a growing awareness of the hospital system and the impact that illness can have on society, it became the unlikely saviour of my lockdown.

There’s purpose in Two Point Hospital. You have goals and strategies to meet them, and you can help people get better in the blink of an eye. As the coronavirus pandemic worsened, the rigour and structure of the game was a lifeline that helped me re-establish a sense of control.

Sure, I wasn’t saving lives. But the game helped me gain a better perspective on the world, and disconnect from the constant flow of devastating world news. In this version of Earth, a pandemic was nothing. What you really had to watch out for was the clowns, zombies and dinosaurs that roamed the hospital halls.

Video games are all about escapism. They help you deal with the world in some way or another. In my case, the absurdity of Two Point Hospital helped me reframe the pandemic around my own circumstances. It provided an escape that mirrored real life, but in a way that was manageable and funny.

In the world of Two Point Hospital, a pandemic is just a disease where you have a pan on your head. Death is real, but it ends in a vacuum cleaner. It’s silly, it’s absurd, and it helped me distance myself from the constant worry as case numbers in New South Wales started to surge in mid 2021.

If you’re somebody who needs something to do, who loves being helpful regardless of circumstances, it’s a great way to keep your mind off the world and reassert some level of control. Even when I had none, Two Point Hospital helped me feel like I did.

With such an uncertain future ahead, that made all the difference in the world.