What can video games contribute to the climate conversation?
Jini Maxwell 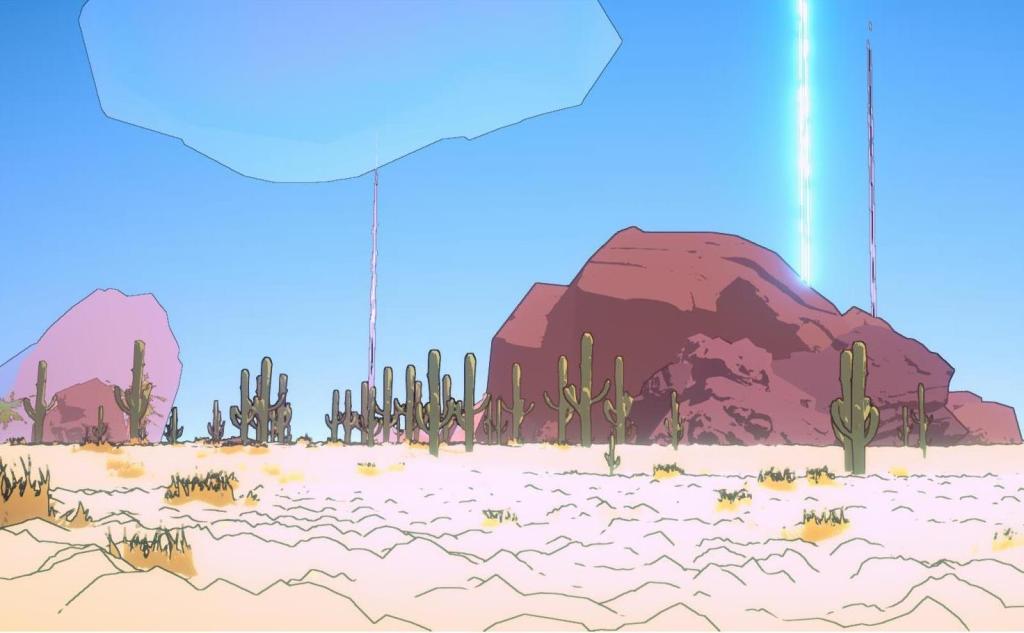 This Too Shall pass by A Crown Of Moths takes a philosophical, elegiac approach to the climate crisis. Image supplied.

Sometimes, it’s tempting to think that the battle for the environment has already been lost. Despite our warm climate making Australia at immediate risk of negative climate change events, we are the wealthiest nation on the list of deforestation hotspots, and our Federal government is led by a Prime Minister who actively dissuades the adoption of clean energy, having once brought a lump of coal onto the Parliament floor.

The increasing demand for consumer technology, including video game technology, contributes to this crisis. A 2019 study found that games consoles account for $5 billion per year in energy consumption in the US alone, producing carbon dioxide emissions that are equivalent to 85 million refrigerators, or 5 million cars.

Game consoles account for $5 billion per year in energy consumption in the US alone, producing carbon dioxide emissions that are equivalent to 85 million refrigerators, or 5 million cars.

Not only are consoles and computers energy-hungry to use, but the hardware is developed with resources whose production takes a huge toll; 3CH minerals tungsten, tin, tantalum and gold are required in every wifi-enabled device. Conflict over these rare minerals has caused systemic human rights abuses, and total civil collapse in the Democratic Republic of the Congo, where they can be mined most abundantly, as well as environmentally devastating strip-mining anywhere else they are found to occur.

These concerns are being taken up by major producers of consumer technology. As with their 3CH mineral supply, Microsoft is leading the charge, with a commitment to being carbon negative by 2030, and by 2050, Sony has also taken positive steps, with Sony reducing the energy consumption of their product by 52% in 2019, with the aim of relying on 100% renewable electricity by 2040. While Nintendo has been less forthcoming about their climate footprint, the company has established an Environmental Committee that measures their emissions, complies with different country’s environmental laws, and improves the energy efficiency of their products.

There is also an increasing amount of scholarship on the environmental impact of video games. In his upcoming book Carbon Neutral Gaming, Dr Ben Abraham looks closely at the way different players in the video game development industry can mitigate their climate impact. Advocating for the industry to aim for carbon neutrality, Abraham’s work begins to outline the carbon footprint of the complex industry. From distribution, from hardware design and manufacture, to energy-hungry servers, and the consumer culture around games that demands and expects constant technical improvements in hardware in graphics, loading speeds, and the manufacture of more powerful, and therefore more energy-hungry, hardware.

This is an even more complex task than it looks on its face, as even a single one of these aspects of the industry has environmental impacts that are scattered across the world. Abraham uses the example of video game distribution to illustrate the point; as well as the impact of physical distribution, digital distribution relies on data (and therefore energy) hungry networks. But the impact doesn’t stop there: end-users across the world also use power to download the games, an effect which is harder to locate and accurately measure.

As with so many aspects of the tech industry, technology is evolving so rapidly that researchers and lawmakers are struggling to develop the tools to understand and regulate it effectively. But despite this, Abraham is confident that a carbon-neutral, even carbon negative, international games industry is feasible, and indeed necessary. As the effects of climate change are more keenly felt over the coming years, he predicts changes will be necessary at every level, including game design itself.

The regulation of energy consumption and production is a structural issue that affects every industry. While remaining critical of the tech sector’s approach to energy consumption, it’s worth considering that video games are not just neutral outcomes of technology. They are cultural objects, too, and can have a significant impact on their players socially, intellectually, and emotionally. Terry Burdak of game development studio Paper House is a firm believer that video game developers have a role to play in the climate movement, partly because they can approach the subject in a playful, engaging way.

‘A game doesn’t need to make you cry to have resonance.’

The studio is currently developing their second game, Wood and Weather, which explores the interaction between an Australian city and climate change. The topic of the environment isn’t new to Burdak; he previously worked as Creative Director on Paperbark, which told a gentle, whimsical story of a wombat during bushfire season. Despite the subject matter, Wood and Weather approaches the subject with levity.

Burdak thinks that games, by virtue of being engaging, fun, and appealing, can help open up conversations about topics that might otherwise feel difficult or overwhelming to process. In the face of climate anxiety, games can walk the line between silly and serious in a way that starts conversations, instead of just scaring people.

‘Comedy has always worked with that tension,’ Burdak said, ‘Hannah Gadsby articulates this wonderfully in her standup. A game doesn’t need to make you cry to have resonance.’

Like humour, games can also be a coping mechanism. While Paper House’s work is pointedly engaged with environmental realities, Burdak thinks it’s important to look past binaries of serious and non-serious, and to consider the ways that people really respond to disaster.

‘I think it’s a sign of immaturity to assume that seriousness is the only way to talk about serious topics. It’s just not the way we deal with things. When we’re going through a hard time, we crack jokes! That doesn’t diminish what’s going on. Of course, there are times you have a cry too, but even if humour is a weird coping mechanism, it makes it easier for us to process what we’re going through. Games can make space for that.’

The cultural impact of play

For award-winning artist and game designer Moth Loths, the immersive nature of games makes them a valuable way to communicate urgent social messages. In 2020, their environmental elegy, This Too Shall Pass, made waves at the NZ Games Festival Awards (affectionately known as ‘The Pavs), being shortlisted for Excellence in Design and the Grand Prize, as well as taking out the gong for Excellence in Narrative.

‘I’d hoped to connect that experience to the real world, where everything is connected in an endless chain of consequences. This is where we are now, right? One day, someone realises coal burns, and a few hundred years later, we’re living through a mass extinction event.’

This Too Shall Pass is a first-person walking simulator set in a barren world that the player traverses on foot, visiting shrines to the sins of humanity that slowly uncover the narrative, piece by poetic piece. It takes around ten hours to visit them all, after which the game ends in cataclysm.

Originally released on USBs which were posted to different climate zones around the world, Loths developed five different versions of the game to correspond to the climate zone where the recipient was based. Each features different environments and flora, a design decision made to encourage emotional engagement with the unfamiliar, barren worlds of the game. The game isn’t easily digestible; it’s reflective and sombre, with a pointedly slow walking speed, and no save points. Loths says that, combined with a ten-hour total playtime, very few people have actually finished the game, but that’s kind of the point.

Over the course of development, Loths hoped to create an environment that players would feel connected to, without giving them complete agency or access. It’s not a game about changing the world; it’s a game about being in the world. During the interview, I described the game as feeling less like an elegy than a vigil; Loths added that that sense of gentle finality was important to the piece.
‘Bit by bit, I drilled down into this idea of having a player connect to a place, really bind the player to the place over time, and then having them witness the way in which the place changes, and getting an emotional reaction out of that,’ they explained, ‘I’d hoped to connect that experience to the real world, where everything is connected in an endless chain of consequences. This is where we are now, right? One day, someone realises coal burns, and a few hundred years later, we’re living through a mass extinction event.’

Loths also believes there are many ways that developers can lessen their carbon footprint. While her plan to limit  environmental impact through limited physical distribution went slightly awry (‘I had planned for people to play the game and then pass it on, but people played it and then kept mailing them around the world!’ Loths laughed), she takes several measures to reduce the impact of their work.

‘Every time I start a new game project, I try to go into it making something with worse graphics; something that can run on really old computers, that doesn’t need a fancy graphics card. And I often get carried away. It’s a struggle!’

She also published a companion game called This Too Has Passed, which is repriced every month to reflect the average temperature of the planet, with proceeds going to a local tree-planting foundation. Loths mentions she has left the number stagnant for a couple of months, however, due to the emotional stress of having to raise it a few cents every month, knowing what it signifies.

While solo and artistic developers like Loths might not be able to make a structural impact on the way games consume energy, she thinks that changing the attitudes of game developers is an important step.

‘Ultimately, I want shorter games with worse graphics made by people who are working less and getting paid more. I think that’s the best motto to be making games with.’