PAX Aus 2022 was a homecoming that felt distinctly different

PAX Aus 2022 was certainly a welcome home, but it was hard not to feel a change in the air.
Leah J. Williams 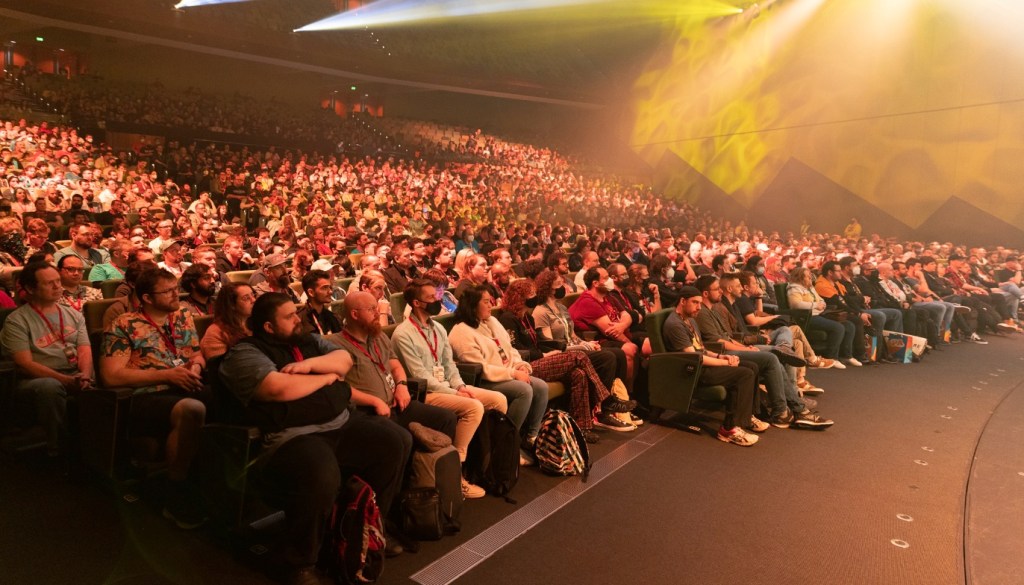 A lot has changed in the last three years. When PAX Aus 2019 was held at the MCEC in Melbourne, it was a raucous event filled with tantalising game previews, and showcases from major game publishers including Sony, Bethesda, Bandai Namco, Nintendo and Blizzard. None of those names were present for PAX Aus 2022 – and while the show floor felt sparser without them, their absence revealed something eminently more important: it’s the people that make PAX so grand.

Since the coronavirus pandemic forced everyone to stay home, the world of gaming has transformed to a wild degree. Game previews, once considered exclusive, are slowly becoming available for everyone – through Steam demos, early access, or open beta testing phases. All this now happens online, at a publisher’s behest, not on a show floor or behind closed doors. Meeting in-person is no longer valuable from that standpoint – but games are now more freely accessible, to everyone, no matter the distance or monetary barriers.

Games are for everyone, not just those able to physically roam a show floor.

This learning has changed the nature of in-person meetings, in far-reaching ways. It’s made events like PAX Aus not redundant per se, but rather more optional, particularly for those unwilling to risk catching coronavirus amidst the huddle of mostly-unmasked bodies. It’s made game previews feel less special – particularly when half the demos on the PAX Aus show floor and PAX Rising segments are also available for easily-accessible play on Steam.

In place of this draw, PAX has found its true and correct purpose: homecoming.

For three long days in October, the MCEC in Melbourne transformed into a gathering of pals, of like-minded individuals brought together by the weird and wonderful world of video games. In every corner of the venue, you could see people gathering together around certain campfires – playing board games, swapping pins, and discussing their finds on the show floor.

The tabletop portion of the MCEC (the second main hall) was pumping every minute of the show. Folks brought their own board games, and sat down to play with friends and strangers. Exhibitors showed off the latest games, and revealed demo versions of upcoming sleeper hits – Steam Up, Yum Cha, Aethermon: Tower of Darkness, Pixel Star: Frontier, and The Score amongst them. In every corner, there were bright and attentive eyes. Excited faces – young, old.

It was some people’s first experience of PAX. It was a return for many others – and while it was certainly different, the charm of the event was still clear in every packed corner, and every part of the show floor.

In lieu of major publishers, folks found rare opportunities to explore independent games, made locally in Australia or abroad, and talk to their creators. Gorgeous demos for Tempopo, The Godfeather and Cuisineer drew crowds – so much so that it was a long wait to get a hands-on preview. In PAX Rising, the biggest changes were felt.

The popularity of locally-made Australian games has never been so high, and this was reflected in packed booths, and exhausted developers nearly run off their feet. I, quite wrongly, thought Sunday afternoon would be a quieter time to explore upcoming games – and I was swiftly proved wrong by the crowds that stayed strong, even until the closing moments of PAX Aus 2022 on Sunday.

Everywhere you looked, there were people playing together, chatting together. Asking questions, learning more about games. The Massive Monster booth, where Cult of the Lamb was showing, was always busy – and usually visited by a Lamb cosplayer or two. Over the road, Devolver Digital entertained a similarly enthusiastic crowd with non-exclusive demos for Anger Foot and Gunbrella.

The lack of exclusivity hardly mattered – playing these games was a chance to sit down, relax, meet new people, and chat with developers.

Beyond the show floor, this easy comfort was seen on full display, in lounges where people discussed cosplay, content creation, or their favourite games. The outer bounds of the MCEC were littered with folks playing multiplayer titles together – Jackbox and Just Dance being returning successes. There’s something so pure about watching people dance in public and not caring what other people think.

Amongst like-minded people, there’s no such thing as shame.

In the upper reaches of the MCEC, an array of panels took place – each populated by eager and excitable audiences. The GamesHub team (myself and Edmond) even participated in our own well-attended panel, The Dark Underbelly of The Sims, which resulted in a full house of eager Sims fans keen to share knowledge and expertise.

It’s only in a space like PAX that people can come together in this way – sharing stories, learning more, and finding their passion through games. After three years cloistered in houses and apartments, it was wonderful to find these communities still thrived.

Much ado has been made of the lack of major publishers at the event, and the show floor being less populous than in years past. But that’s never really been what PAX is about. Sure, playing with new trinkets is fun, and people love getting their hands on the latest games, but after three years of change, the sense of togetherness on the show floor felt far more valuable than spending time cloistered in a game booth.

Homecoming can mean a lot of things. At PAX Aus 2022, it was about return – travelling to a beloved place, and finding it just as kind and welcoming as it’s ever been. The people are what make PAX brilliant – and they were certainly out in force for this year’s show.