Tempopo is a toe-tapping puzzle game filled with charm

Tempopo is a puzzle experience from Witch Beam that is positively brimming with charm.
Leah J. Williams 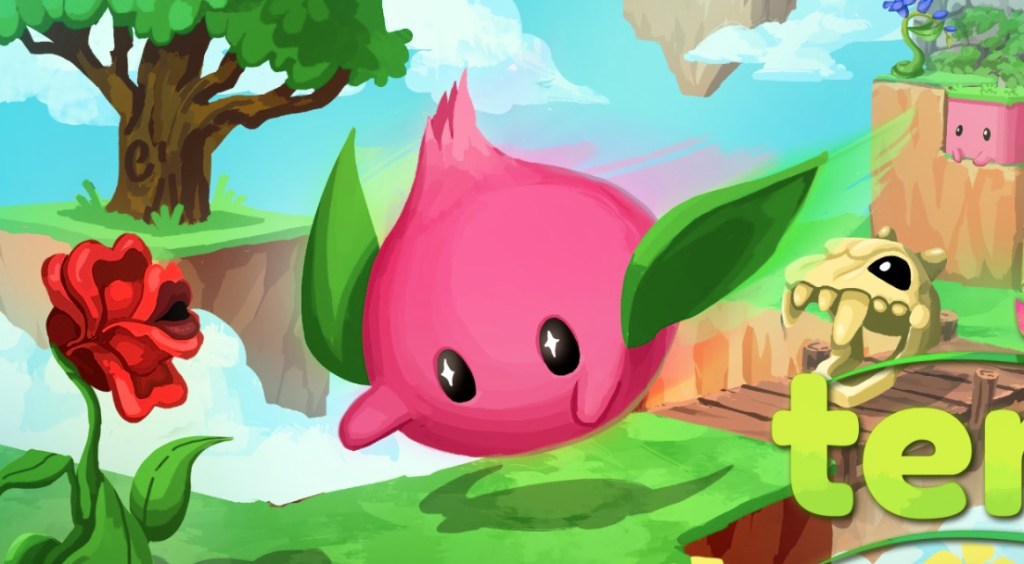 Amidst the chaos of the PAX Aus 2022 show floor, there were a few shining beacons of hope; respites from the incessant crowd noise and the press of human bodies. One was the Witch Beam booth at the PAX Aus Indie Showcase, where the rhythm game Tempopo was available to play publicly for only the second time.

As a follow-up to the hit Unpacking, Tempopo is an incredibly different beast. Where Unpacking‘s identity was rooted in an emotional, underlying narrative, Tempopo eschews narrative to focus on rhythmic puzzles and upbeat vibes. The setup is fairly straightforward; You play as a loveable pink blob named Tempopo, who bops and bounces along to the rhythm of a beat. Left alone, Tempopo will follow a set path through each level, turning around at walls or falling off the edge where there is no barrier.

You are the ‘god’ of the Tempopo world, and it’s your job to ensure that it reaches the end of every level, while collecting every rose in its path, and making it to the final goal. In doing so, the Tempopo restores each level of the game to its bountiful, flower-filled glory.

The fate of the Tempopo are determined by objects you place in their path – one tile might force Tempopo to turn left, right, up or down. Another tile may initiate a ‘hammer’ motion that helps them bring down barriers in the level, while another makes Tempopo briefly turn into a block – a barrier that comes in handy when multiple Tempopo appear on screen. Those who are familiar with the Lemmings series will have a good idea of how Tempopo operates.

The progress of your tiny blobs is determined by a melodic beat, with the music in each level setting the pace. The soundtrack is fantastic, and brings to mind ethereal, idyllic forest landscapes, the perfect audio environment to relax and solve puzzles. In the burble of the PAX Aus 2022 floor, it was a transportive experience.

As well as determining the tempo of the gameplay, this music also aided a real sense of immersion – one that was necessary to float along with Tempopo‘s puzzling. While the early, introductory portions of the game preview were deceptively simple, it wasn’t long before the puzzles became challenging in a way that required deeper thought and a more strategic mindset.

There were parts of my brain that had laid dormant during Melbourne International Games Week that needed kicking into high gear as the puzzles advanced and more complex mechanics kicked in (like the introduction of barrier-chomping skulls). This shift required actively stopping, analysing the movement patterns of each Tempopo blob, and experimenting with how tile placement affected their journey through the world.

It’s not just the game’s strong rhythm that will impact your time with Tempopo, it’s also your own internal rhythms; the way you analyse each tile in the game, and how you determine which next step to take. A single wrong tile will interrupt the flow, sending your Tempopo off the edge, or past the level-ending portal.

But once you grasp the inner workings of this toe-tapping world, you’ll find each puzzle opening up, as your brain finds flow amidst all the beauty. It’s in this perfect, poignant period that the music sweeps you up, bringing you along for each bite-sized puzzle adventure.

While the gameplay appears straightforward, much like Unpacking, it hides an impressive nuance. The further you travel, the more the game’s complexity unfolds. New Tempopo appear, challenges evolve, and the soundtrack becomes more layered.

With each new intricacy, the game invites you to experiment further, to find new ways to conquer levels. It keeps you hooked in its gorgeous, floral world. Even when you fail, you want to try again and go further, reaching for new solutions and working your way through each biome. Even in the short snippet available on the show floor, Tempopo shined with a clear and engaging charm that highlighted its appeal.

Whether you’re a fan of music-driven games, you loved Unpacking, or you’re just looking for something refreshing, Tempopo is a real delight – and certainly a game you should watch in future.

Tempopo is currently in development at Witch Beam, and is targeting a 2023 release.

Note: As Tempopo is still in development, no official imagery is available for publication. Instead, please enjoy the brief snippets and teasers posted to Twitter.