Sonic Frontiers has received mixed reviews, garnering praise for its explorative world. But some couldn’t look past the title’s obvious flaws.
Emily Shiel 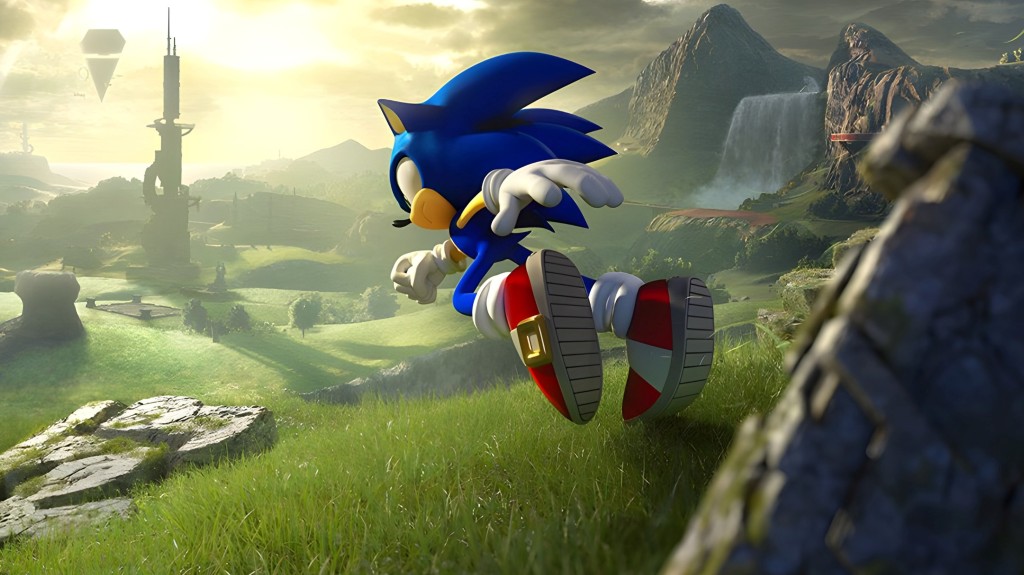 Sonic Frontiers launched this week, and saw a very mixed reception amongst critics. Whilst it’s an ambitious entry that also evokes welcome nostalgia in the form of traditionally linear ‘Cyber Space’ levels, many reviewers felt its repetitive combat, confusing mission layouts and technical hindrances painted a picture of an action-packed game with potential heavily untapped.

Sonic Frontiers does bring qualities to the table that put it in good stead, with its large-scale explorable open-zones, refreshing gameplay formula and sense of variety. But for the most part, it’s a title that feels disjointed, empty and repetitive at the best of times.

The nostalgia factor isn’t without merit, but for some, wasn’t enough to detract from a few of its overall design flaws. Sean Keane at CNET stated in his review that:

‘The game capitalizes on its hedgehog hero’s abilities beautifully, giving you just enough control that you feel engaged but never overwhelmed as you speed around. It’s a natural evolution of the gameplay first seen in 1998’s Sonic Adventure and a reminder of how effortlessly cool Sonic is.

‘The mini throwback stages are well executed, though they feature floaty controls and camera issues when the perspective isn’t side-on or directly behind Sonic. Sonic Frontiers definitely throws a lot at players and excels in some, but it’s more miss than hit. Worst of all it rarely justifies all of the variety found within, so for those that like to ‘do everything’ Sonic Frontiers feels disjointed and weirdly empty.’

The GamesHub review of Sonic Frontiers told the story of a game that isn’t quite sure what it wants to be, in an attempt to pay homage to the past that splits itself in ‘unflattering ways’.

‘There’s a real tonal dissonance in Sonic Frontiers,’ said Leah Williams. ‘It wants to be a fun platformer. It wants to be a high-speed exploration puzzler. It also wants you to feel a sense of power as you take on towering bosses, and save a world from certain destruction. But in striving for success on multiple fronts, it achieves none of these goals – instead arriving as an ambitious but lukewarm adventure-platformer pockmarked by deflating choices.’

Some weren’t entirely bothered by the title’s shortcomings and felt it was a refreshing tasting platter of genre mishmashes, with Travis Northup at IGN saying:

‘Frontiers kept me guessing even late into the campaign with what it would try next. Even when some of those ideas didn’t work, I was almost always glad that Sega gave it the old college try, and as a result I rarely found myself bored. I did find myself feeling blue because of the absurd amount of pop-in that happens every time this famously fast character does his thing, but Sonic Frontiers is, for the most part, a promising first attempt at blazing a new trail for the series.’

The Legend of Zelda: Breath of the Wild comparisons have also run rife, though VGC’s review felt Frontiers is more akin to one of this year’s earlier releases, Pokemon: Arecus, and praised the title for its point of difference to previous installations.

‘Much like Pokémon, parts of the Sonic fanbase have been crying out for fundamental changes to the series for some time now. Both series had nestled a little too comfortably into a predictable formula, and despite new gimmicks and generational upgrades it had been too long since either had enjoyed any truly revolutionary gameplay revamps.

Pokémon’s solution was to go properly open-world, giving the player true freedom to explore its environments, with quality of life improvements made to ensure everything ticked along at a nifty pace. With Sonic Frontiers, Sega has come to almost exactly the same solution, and the results are just as satisfyingly refreshing.’

Despite its obvious flaws, it’s clear there’s a lot to love about Sonic Frontiers, and whilst review scores have been mixed across the board, it’s a title most will have to experience for themselves to decide whether it will be one to remember.