Everything we know about Pokemon Scarlet and Violet

Pokemon Scarlet and Pokemon Violet are shaping up to be incredibly ambitious.
Leah J. Williams 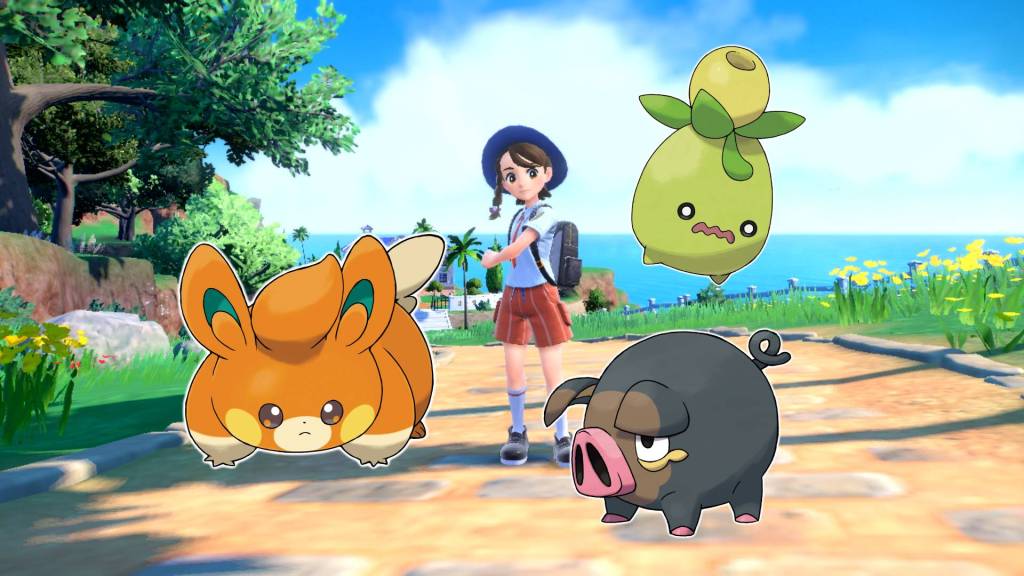 The ninth generation of Pokemon games – Pokemon Scarlet and Pokemon Violet – are nearly here. It’s fair to say nobody expected the next gen to arrive so soon, given Pokemon Brilliant Diamond/Shining Pearl and Pokemon Legends: Arceus have all launched recently. But as time marches on, so does this long-running franchise.

Here’s everything we know about Pokemon Scarlet and Pokemon Violet so far.

What are Pokemon Scarlet and Pokemon Violet?

Pokemon Scarlet and Pokemon Violet are the official names of the ‘Generation IX’ Pokemon video games, which are set in the new Spain-inspired Paldea region.

They’re described as open world adventures where ‘various towns with no borders blend seamlessly into the wilderness’. Like Pokemon Legends: Arceus, the games will allow for wide exploration across a number of terrains, with Pokemon roaming freely.

As in other games, you’ll play as a Pokemon trainer going up against a number of fighters – including the forces of the villainous Team Star. Your friendly rival and ally for these games appears to be Nemona, a woman with black and green hair. She has a Pawmi for a companion.

You’ll also be helped by Mr Clavell, the director of the academy you attend in the game, Mr Jacq, your home room teacher, and classmates Arven, a good cook, and Penny, who is extremely shy.

Your main task in the game will be to tackle eight gym challenges, defeating each leader in turn. This time around, the twist is you’ll be able to explore freely and take on each gym in whatever order you like. It appears there’ll also be other story elements to explore, with a recent Pokemon Presents describing two stories that can be unfolded as you wish.

Pokemon Scarlet and Pokemon Violet will launch for Nintendo Switch on 18 November 2022.

The games each have their own Legendary Pokemon, and can be bought separately, or in a shiny two-pack for players to nab to entire experience.

What’s the difference between Pokemon Scarlet and Pokemon Violet?

Trailers for Pokemon Scarlet and Pokemon Violet have revealed a number of differences between the two titles. The most obvious is in colour palette and theming: trainers in Scarlet will wear red, and trainers in Violet will wear purple.

The Scarlet Pokemon Professor is Sada – a dusty blonde woman who wears an outfit inspired by generic caveman chic. She wears a bone necklace, has a ruffled collar, and wears a ragged, tan two-piece outfit. While her Pokemon companions have not been revealed, it would be fair to assume she’s a Mandibuzz main.

The Violet Pokemon Professor is Turo – a bearded, brown-haired man with a trendy faded buzzcut. He wears a futuristic purple outfit that appears to light up with neon tubing. It’s unclear what his Pokemon companion would be, but his look closely resembles the Legendary Pokemon of Violet.

This theming is also reflected in the designs of the each game’s Legendary beast.

The Legendary Pokemon for Scarlet is Koraidon, a towering, lizard-like creature that rocks a feathered headdress and a tyre-like body. Its name means ‘ancient’ or ‘past’ in Japanese.

The Legendary Pokemon for Violet is Miraidon, a towering, lizard-like creature that has jet engines for legs and a neon, vaporware-like aesthetic that suggests it’s a more futuristic, tech-inspired beast. Its name means ‘future’ in Japanese.

The differences between the creatures suggest the games may take place on different timelines – or that the time travel introduced in Pokemon Legends: Arceus has a role to play in the events of these games.

Both Pokemon are fully rideable, and can traverse land, sea and sky. It appears they’ll be available to players early on in the adventure.

The first Pokemon Scarlet/Violet trailer launched on Pokemon Day – and while many expected the celebratory Pokemon Presents showcase to deliver news on existing titles like Pokemon Legends: Arceus, a whole new game was a major surprise.

The early trailer is an eye-popping glimpse at the world of Gen 9, and features a medieval style castle and accompanying town, sweeping mountains, an idyllic shore, and plenty of good-looking Pokemon models. Here, Seviper has glimmering, shining scales. Sunlight glints off Magnemite’s round metal body.

The second trailer went further, showing off a number of the game’s unique features, and excellent additions to gameplay.

The third dove trailer deep into the mountainous regions of Paldea, and introduced a number of new Pokemon, including Klawf, Ceruledge (exclusive to Violet), and Armarouge (exclusive to Scarlet).

Subsequent trailers revealed a number of other new Pokemon and characters you’ll meet in your journey.

Will Pokemon Scarlet and Pokemon Violet have online co-op?

According to the second trailer for the games, Pokemon Scarlet and Pokemon Violet will include online co-op multiplayer for up to four players. This has only been gently touched on so far, so we don’t know much about this mode – but the trailers indicate players will be able to link up together to explore a wide, open world.

Short gameplay snippets depict players meeting in open fields, and travelling together in some form. It’s unknown if this extends to playing the entire game together, but it appears you will be able to hunt Pokemon together, and race across the map.

Fans have long called for online co-op in Pokemon titles to be more involved – and these games could deliver on that hope.

What are the Pokemon Scarlet and Violet starter Pokemon?

The starter Pokemon for Scarlet and Violet have now been revealed, and they’re an adorable bunch.

Sprigatito, the grass cat Pokemon, is an absolute gem, and its design is extremely cute. When you compare it to its rivals, there’s no wonder why it’s become one of the more popular choices online.

Fuecoco, the fire croc Pokemon, is also fairly loved. This delightful-looking buddy, that strongly resembles an apple, is slowly garnering its own fanbase, thanks to its adorably short arms and tiny, chomping teeth.

Quaxly, meanwhile, appears to be getting the short end of the stick. This duckling Pokemon is still fairly cute, and has a sassy little arm pose – but its watery toupee is certainly raising some eyebrows. It’s not quite a fashion disaster, but it does make the duck look a little odd.

As with past generations, expect there to be much debate about which starter Pokemon is ‘best’ leading up to the eventual launch of the game. There’s no right answer here – but Sprigatito really is a gem.

Three new Pokemon were given the spotlight in the second trailer for Pokemon Scarlet and Pokemon Violet.

The first was Lechonk, a pig-like Pokemon named after the suckling pig dish lechón, which is enjoyed in Spain, Portugal, and the Philippines. There’s not a whole lot to say about Lechonk – it’s a cute little piggie, and that’s about it.

The second new Pokemon was Pawmi, a cute, squirrel-like creature with big, floppy arms. Pawmi is very round, and looks closely related to fellow cute Pokemon, Emolga – although its colour scheme suggests it’s a fire type.

The other new Pokemon introduced in the second trailer was Smoliv, an adorable grass-type that appears to be very anxious. Its name could be derived from ‘small leaf’, which distinctly describes this tiny little bud.

In a later Pokemon Presents, even more Pokemon were revealed, including: Fidough, a bread Pokemon that resembles a dog, Cetitan, a towering, spiky beast, and Wooper (Paldean Form), a regional variant that appears to be a mud type.

Armarouge, the Fire Warrior Pokemon, Ceruledge, the Fire Blades Pokemon, and Klawf, an adorable crab Pokemon were also revealed in a later trailer, while Grafaiai, a monkey-like beast, and Cyclizar, a lizard Pokemon, made their debuts elsewhere online.

Following this, we had reveals for Farigiraf – a new evolution for Girafarig, Bellibolt, a frog-like Pokemon, and Greavard, a sheep dog Pokemon that steals human life force.

Terastallization will change how your Pokemon fight

A brand new evolution process called Terastallization will make its debut in Scarlet and Violet. This process transforms Pokemon into crystal-like creatures with themed head adornments and more powerful attacks.

Each Pokemon in the game will be able to Terastallize, unlocking unique new forms. Some Pokemon will also change type when they terastallize, changing up how they perform in battle.

Pokemon Scarlet and Pokemon Violet are set to launch exclusively for Nintendo Switch on 18 November 2022.