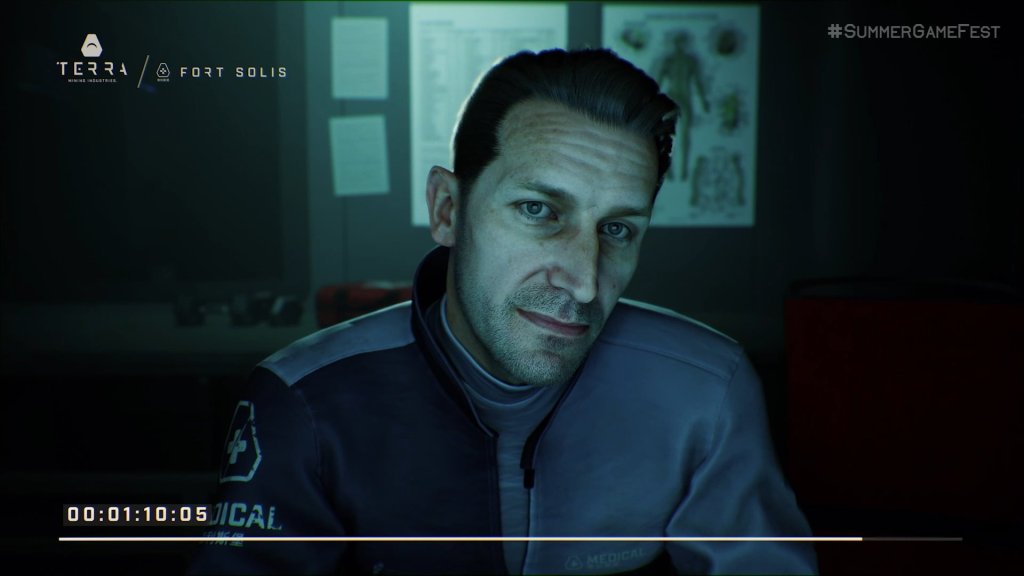 At Summer Game Fest 2022, a game called Fort Solis was announced, and it appears to be a sci-fi thriller. The game will feature the acting talents of veteran Troy Baker, as well as Roger Clark, who played the protagonist Arthur Morgan in Red Dead Redemption 2. It is Clark’s first role since RDR2 – but there’s no doubt he’ll do a stellar job.

While it was the scale and story of RDR2 that garnered it so much praise, the efforts of Clark are also part of what made the tale so special. Troy Baker is also no stranger to the world of gaming, having starred in so many adventures we can barely count them.

Both are genuine talents, and should help buoy the action of Fort Solis – which still largely remains a mystery.

The flashy trailer shown off during Summer Game Fest didn’t reveal much about what exactly is going on in the game’s strange space station – although we did learn that Troy Baker plays a medical officer who may run into some form of trouble during the game.

You can check out this first look below to get a sense of the glowing, odd atmosphere of the title:

Creepy space stations are very much ‘in’ this year – and it appears Fort Solis will be no exception. Go in with the mind to be very, very scared, and you’ll probably come away from this game quite satisfied.

Fort Solis is being developed by a new European-based studio, Fallen Leaf, and will be fully motion captured for that extra sense of realism and dread. No release date has been provided just yet, but keep an ear to the ground for updates on this upcoming release.