MultiVersus to introduce Gizmo from Gremlins in September 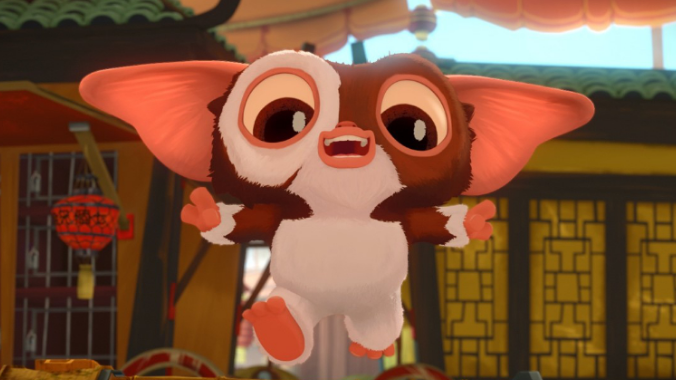 MultiVersus looks set to introduce a brand new character. A short video posted on the official MultiVersus Twitter account, all but confirms the presence of fluffy Gremlins protagonist, Gizmo, for 6 September 2022.

The video features a look at the ornate box that is Gizmo’s home in the film, before a pair of fluffy hands and large eyes peek out from within the box. The tweet’s ‘little, fluffy surprise’ set for the same week as the announcement, no doubt refers to the adorable and intelligent mogwai’s place in the game.

While it’s unclear what Gizmo’s moveset is going to look like, the two Gremlins films are a plentiful source of gadgetry hijinks, as per the character’s name, that could see their way into MultiVersus. Gizmo will likely contrast the chaotic and savage fighting styles of the transformed gremlins – glimpsed wreaking havoc at the start of the video. The upcoming animated series, Gremlins: Secrets of the Mogwai, might also be an inspiration not only for Gizmo’s MultiVersus iteration, but his release altogether.

Gizmo’s arrival comes as somewhat of a surprise, despite leaks for the character going back to August 2022, due to the fact that three other characters have already been confirmed as new releases for the game’s ongoing first season – including Gizmo’s less benevolent son(?), Stripe.

While it was initially unclear whether Stripe would be replacing Gizmo, the two would be cosmetic ‘variants’ of one another, or if they would be two parts of the same character like Tom and Jerry, it seems like we’re getting the best case scenario in two separate characters. A tweet from developer Player First Games, retweeted by the official MultiVersus account, stated that the two would be entirely distinct, with Gizmo arriving first.

Gizmo will be the 19th fighter to join the MultiVersus roster, following the release of Morty from Rick and Morty. For more information on MultiVersus, check out our rundown of the game’s first season.