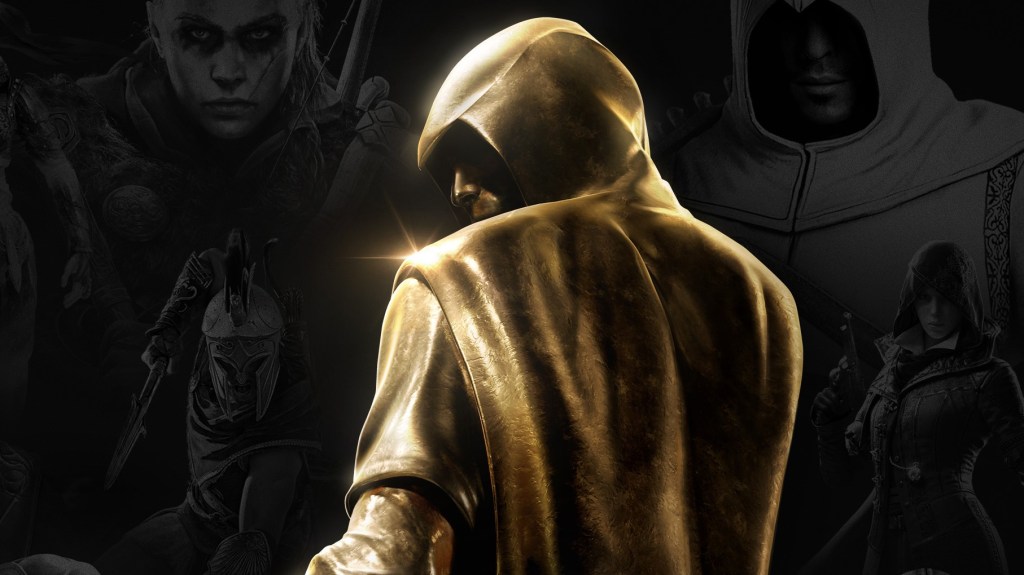 As part of Ubisoft Forward 2022, publisher and developer Ubisoft held the Assassin’s Creed 2022 Showcase, sharing a detailed roadmap for the future of the beloved game franchise, in part to celebrate its 15th anniversary. Alongside the launch of a documentary series, a few more tidbits about merchandise, and the confirmation of one last piece of expansion content for AC Valhalla, four new games were revealed and detailed.

Assassin’s Creed Mirage was already a known quantity before Ubisoft Forward, as a result of several leaks which resulted in the company confirming its existence. And yes, the rumours were pretty much spot on.

Mirage will take place in Baghdad in the 9th Century, and will revolve around the character of Basim, as he graduates from street thief to fully-fledged assassin. Basim previously appeared as a supporting character in AC Valhalla, and Mirage takes place 20 years before those events.

Mirage will take the series back to basics – it’s a narrative-driven action-adventure game that strips out a lot of the RPG-like progression systems of the most recent games like Valhalla. It will focus on stealth, parkour, and assassination missions. Baghdad will be split into four different districts, and is built to cater to the bigger focus on stealth and parkour.

As announced at Ubisoft Forward, the series is finally, finally going to Feudal Japan. The much-requested historical setting will be a reality, as Assassin’s Creed Codename Red will be the next major, mainline AC game – meaning it will retain the RPG systems of Origins, Odyssey, and Valhalla.

A brief trailer showed a ninja (or shinobi) perched on a rooftop with a ninjato short-sword, and a hidden blade in hand.

Development on Codename Red is being led by Ubisoft Quebec, with Jonothan Dumot acting as its creative director. Dumot was previously the creative director on AC Odyssey and Immortals Fenyx Rising.

No release date was given for AC Codename Red.

Ubisoft has teased what they’re calling a ‘different kind of Assassin’s Creed game‘ with Assassin’s Creed Codename Hexe. It’s a new title assumed to take place during the witch trials of the Holy Roman Empire, in the 16th and 17th centuries around modern-day Germany – ‘Hexe’ is German for ‘witch’.

A brief trailer didn’t reveal much, other than a gothic woodland setting, and the series logo constructed out of twigs.

We do know that longtime Ubisoft designer Clint Hocking is leading the project, which makes the ‘different kind of game’ angle very interesting – Hocking is known for twisting gameplay systems in interesting ways for the purposes of fostering player-driven narratives, having previously worked on Splinter Cell: Chaos Theory, Far Cry 2, and Watch Dogs: Legion.

No release date was given for AC Codename Hexe.

Assassin’s Creed Codename Jade will be an open-world AC game set in Ancient China, during the Tang Dynasty. Another much-requested historical setting, Codename Jade will actually be a mobile game, presumably for iOS and Android devices, and optimised for touch controls.

This makes a lot of sense, given the immense market for mobile games in China itself, which we presume will take quite well to the setting of Codename Jade. The game will also feature a custom character creator for the first time since AC Unity.

Development on this one is being headed up by Marc-Alexis Cote, who was the creative director of AC Syndicate.

No release date was given for AC Codename Jade.

Ubisoft also confirmed during these reveals that yet another AC mobile game was in the works with Netflix Games, alongside its TV series adaptation for the video streamer. No other details were given.