Forspoken impressions vary wildly from player to player, with some loving the slick combat, and others taking issue with the chatty action.
Leah J. Williams 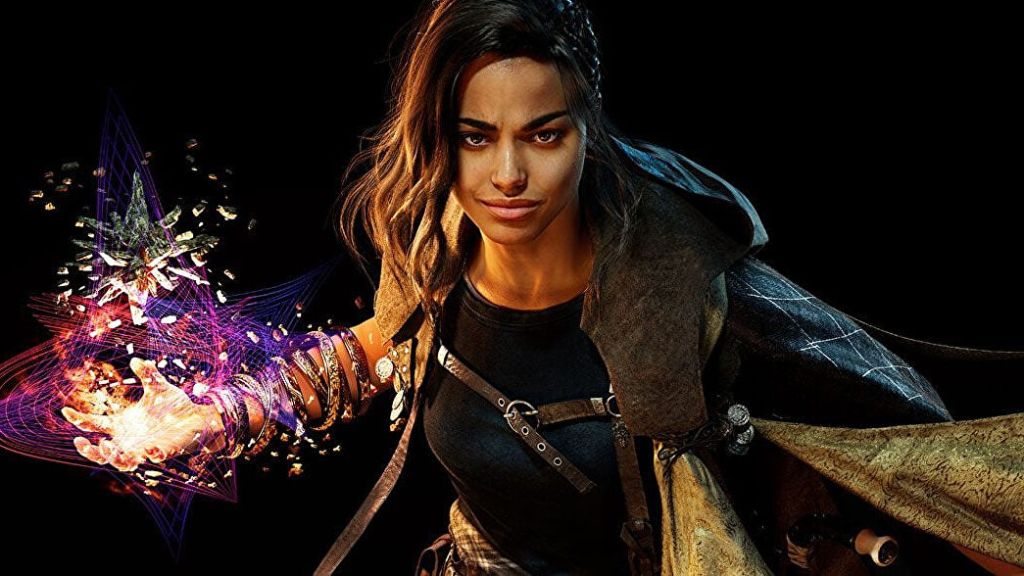 Following The Game Awards 2022, a new gameplay demo for upcoming adventure Forspoken, from Luminous Productions and Square Enix, went live on PlayStation 5 – freely available for everyone. The vertical slice introduces players to protagonist Frey Holland, and gives a vague glimpse at the main story, including essential lore and worldbuilding, which leads into the action of the demo.

Across several hours, players are able to hop into this unique magical world and experience a parkour-inspired combat system that requires weaving commands together for coherent attacks, and explore a wide-open world filled with strange creatures, mountains, and vast grassland.

But while the demo looks fairly impressive, and gives a solid glimpse of the action, it appears the response to the game has been massively divided.

Some have praised the demo for its originality and slick action, with particular enthusiasm for how different and engaging the combat feels. In one gif posted to the Forspoken subreddit, Frey’s ability to cause firework-like lava explosions is on impressive display – with one player stating they’ll ‘never get tired of this‘.

‘This beast tho. This fking beast! I played around 10 minutes friday, didn’t have much time. It interested me enough to pick up on saturday. Played around and finished the demo. Loved it,’ Reddit user TheBeerka said. ‘Now i’m sitting here on sunday craving more. This game is awesome.’

‘People mention combat being different and don’t even put enough time in to even learn the controls and actively give it a shot,’ another user said. ‘Took off all slow down time mechanics for spell swapping and using the Left side for defensive and buff spells while the right was pure offense felt AMAZING once I got use to the controls after about an hour when starting.’

Combat appears to be a common highlight for players, with many spending their time in the demo experimenting with powerful combinations, and perfecting the flow of movement.

Despite this overall enthusiasm, it appears some people aren’t quite convinced yet. Some have pointed out issues with the game’s world, and the disconnect between Frey’s modern dialogue and the medieval fantasy setting (it should be noted that this is a purposeful choice, to depict her ‘fish out of water’ story).

‘It’s hard to pinpoint what exactly wasn’t working for me,’ Reddit user Klinicalyill said. ‘It has a lot of really good pieces, but none of those pieces seem to fit together into a seamless, fully enjoyable gaming experience.’

‘Even after I started getting more used to the somewhat unintuitive controls, the whole constantly switching between cooldowns style just didn’t feel as good as stringing together attack combos like you normally do in these sort of action games (like DMC or, more recently, GoW.)’

‘The spells are all really cool and it makes you feel powerful but at some point the smokescreen that is the awesome particle effects goes away and you’re left with what is otherwise pretty clunky combat where you’re essentially just mashing the same button over and over again.’

Depending on which player you consult, the game is either clunky or extremely well-flowing – likely dependent on time spent in the demo, and individual understanding of the game’s unique combat system. Likewise, there’s either too much modern dialogue, or players are being too harsh on Frey as a prominent Black, female gaming protagonist.

The divided response is somewhat surprising – but it does appear to be driven by personal taste. So if Forspoken is a game you’re intrigued by, it’s best to jump in and experience the demo for yourself. It remains available as of writing, and will likely be available until the game launches for PlayStation 5 and Windows PC on 24 January 2023.

You can check out the Forspoken demo on the PlayStation Store.