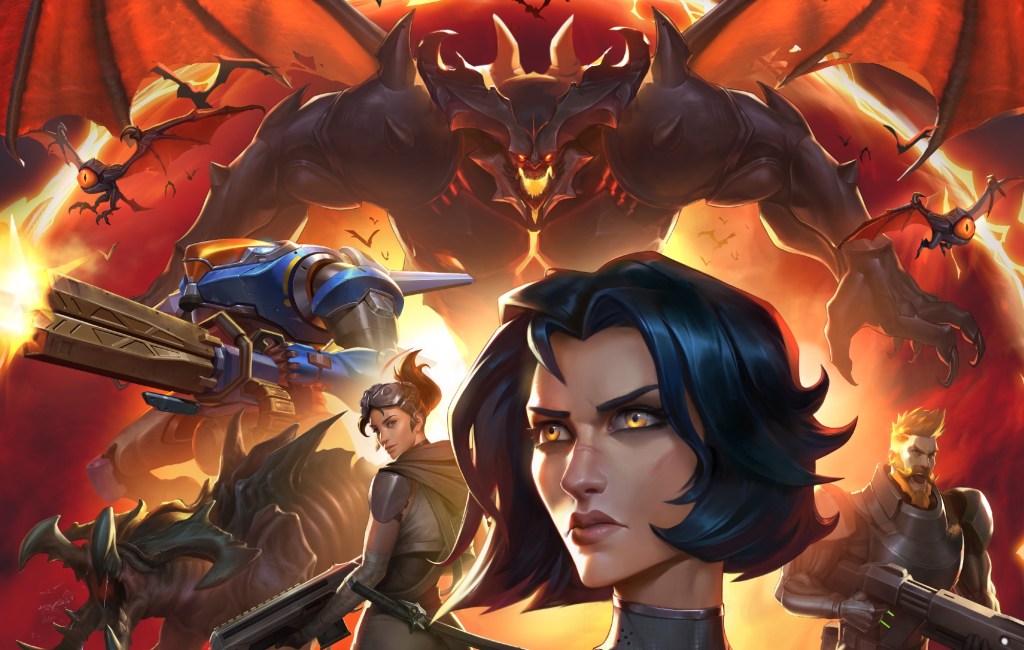 The animated reveal trailer had strong sci-fi vibes, with a mecha unit, a mysterious interplanetary shield, and deadly winged aliens. That makes sense, given that Morten and Campbell had significant involvement in the development of StarCraft 2.

You can certain see the fantasy/sci-fi inspirations here, with the ‘aliens’ of the game strongly inspired by demonic elements – claws, glowing red chests, and spiked crowns.

Check out the new trailer and all its alien goodness below:

In a post-trailer interview, the developers expressed that they wanted to stay true to the RTS experience people already love. Stormgate will be a free-to-play game with ‘no pay-to-win’ and ‘no NFTs’. It’s a sad fact that this needs clarifying in today’s gaming landscape – but it should alleviate the fears of some fans.

Other features detailed in a press release include:

‘We are building Stormgate for the real-time strategy community – past, present, and future,’ Tim Morten said. ‘Our vision is to create a social experience that breaks down the barriers that have kept people away, to welcome back players who have been waiting for the next great RTS, and to prove that the RTS genre can thrive once again.’

A beta for the upcoming title will be available in 2023, with more information available at the Stormgate website. It appears to be dealing with heavy traffic as of writing, but stay patient and you should be able to hop in to see everything in store.