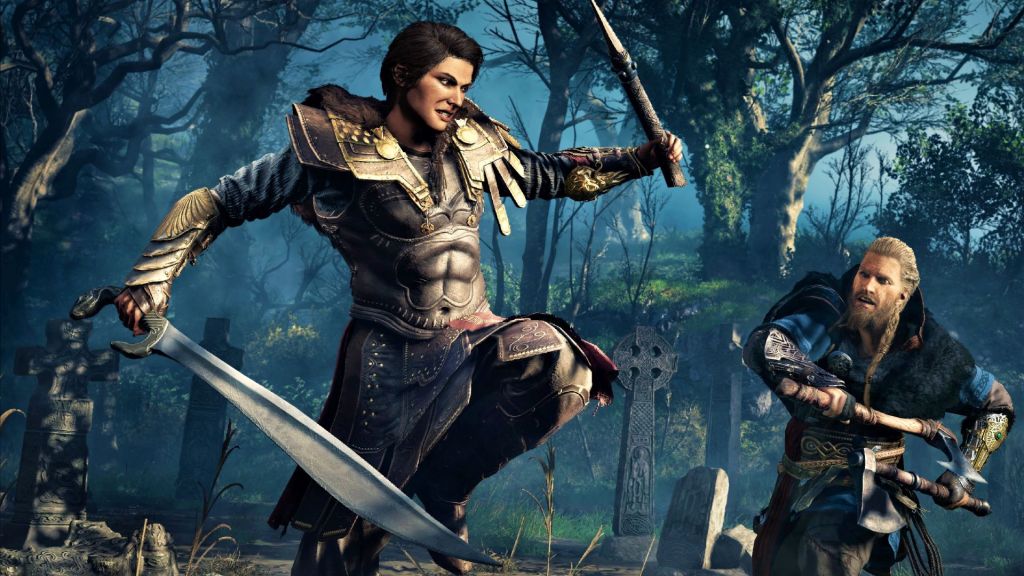 The Assassin’s Creed series is getting a new crossover story. As announced by Ubisoft, Assassin’s Creed Crossover Stories sees the protagonists from Assassin’s Creed Vahalla encounter those from the previous game, Assassin’s Creed Odyssey, in two different events that take place across the both games. The announcement comes in tandem with that of a new mythological expansion pack for Valhalla, Dawn of Ragnarok.

But while Dawn of Ragnarok is slated for a March 2022 release, Assassin’s Creed Crossover Stories will be available much sooner on 14 December 2021.

It takes the form of new quests in both Valhalla and Odyssey, and is free to owners either game.

Upon download, a new story entitled ‘Those Who Are Treasured’ will be playable in Assassin’s Creed Odyssey after completing the first chapter. In Assassin’s Creed Valhalla, a story called ‘A Fated Encounter’ will be available once the player has advanced their settlement to level 4.

As part of the crossover event, there will be two new islands to explore.

This is an event that should please a great number of Assassin’s Creed series fans. Odyssey and Valhalla have been very well regarded, and Odyssey’s protagonist Kassandra proved to be a much-beloved character whose return should bring some excitement.

Valhalla appears to be even more popular – Ubisoft recently cited it as the ‘2nd largest profit-generating game in Ubisoft’s history, in less than 12 months.’

Assassin’s Creed Crossover Stories and the aforementioned Dawn of Ragnarok expansion formally kick off the second year of additional content for Assassin’s Creed Valhalla. What Ubisoft continues to do with Valhalla could give us a glimpse into what to expect for the in-development Assassin’s Creed Infinity project – supposedly a live-service Assassin’s Creed game.

The Assassin’s Creed Crossover Stories events will be available in Valhalla and Odyssey on 14 December 2021. They’re a collaboration between Ubisoft Quebec and Ubisoft Montreal.