Saints Row is coming back, but not much seems to have changed. Can the same formula impress a new audience who's never seen it?
Edmond Tran 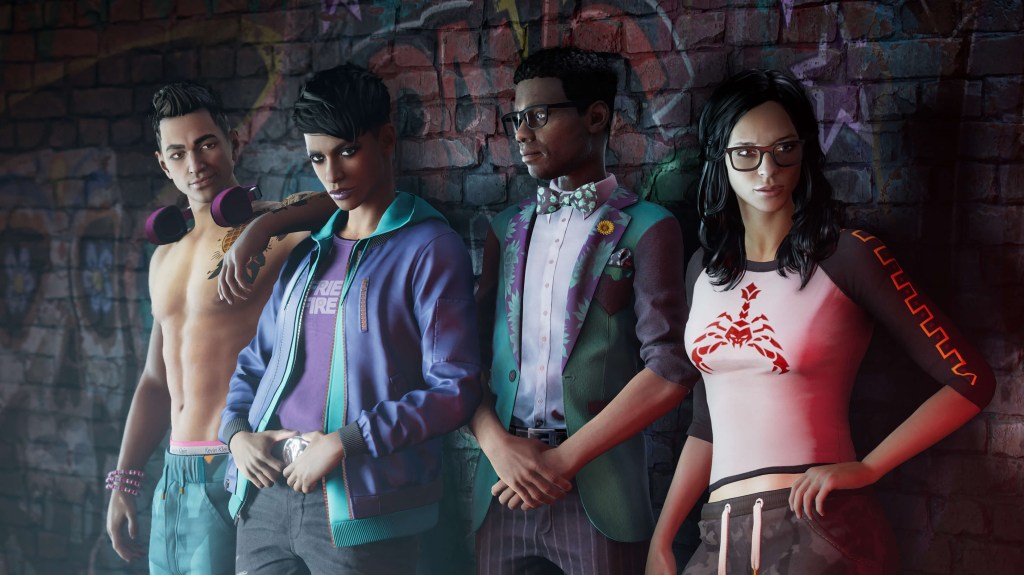 ‘Why are they rebooting Saints Row?’ is a question I’ve occasionally asked myself since the upcoming game was first revealed. In the scant few game updates since, the game has marketed itself heavily on things like its flippant take on open-world games, its myriad options of weapons and vehicles, and a huge variety in its character customisation – none of which are things that should come as a surprise to people who played Saints Row: The Third and Saints Row IV.

In a more recent Saints Row media briefing, hands-off gameplay presentations from the developers at Volition Inc. continued to double down on promoting these features, which had me wondering, ‘Sure, that’s great. But what’s new here?’

It wasn’t until I had a chat with someone from another video game publisher, who remarked that they had been meeting a lot of new people who were too young to own a Nintendo Wii, when it finally clicked – it turns out I’m old, and there’s a new generation of people who have never, ever touched a Saints Row game.

I distinctly recall Saints Row: The Third making a huge mark in 2011. While the premier open-world game Grand Theft Auto continued to (mostly) keep itself grounded and serious in nature, Saints Row: The Third really let it rip, focusing on making its urban open world a playground for unhinged chaos – flying cars, a bottomless pit of silly weapons, and a madcap, over-the-top crime story voiced by some notable actors. It was ridiculously entertaining.

Saints Row IV kept that seemingly limitless momentum going in 2013, with a game where you memorably become the President of the United States and can elect to either cure cancer forever or end world hunger in the first 10 minutes.

And so here’s Saints Row again, reintroducing a style of open-world game to a demographic who didn’t know Saints Row existed, starting fresh from the ground up with a new cast of characters and a flashy new story.

The game opens with a group of young and diverse Gen-Z friends working dead-end jobs in a Las Vegas analog city called Santo Ileso. Despite all of them seeming like incredibly smart, savvy, and well-adjusted individuals, they find themselves resorting to armed robbery to make up their rent for the week. Whether this is simply a narrative setup or a stark commentary about the state of socioeconomic conditions in the US, Volition devs wouldn’t say.

Of course, things soon escalate, with the group quickly finding themselves tangled with the three major crime organisations of Santo Ileso. In lieu of better options, they decide to form their own group to stake a claim. It’s a classic rags-to-riches crime story, which is just the beginning of Saints Row’s familiar callbacks to the kind of open world game design that was in vogue a decade ago.

In this early preview, we got glimpses at a handful of missions, which involved a lot of driving and talking, fighting, shooting, and explosive setpieces. The extreme degrees of character, weapon, and vehicle customisation were shown off, as were the more liberating traversal options, like a wingsuit.

When directly asked what Saints Row did to meaningfully evolve the open-world crime genre, that hadn’t already been done by previous Saints Row games, the only answer offered was a new feature called ‘Ventures’.

From the given explanation, it seems to be a business-building mechanic where you purchase buildings around the map, invest the resources into raising them up and protecting them, and reap the rewards from their existence. The concept sounds similar to the businesses you can develop in Grand Theft Auto Online, and base expansion features found in Ubisoft open-world games like Assassin’s Creed Valhalla and the Far Cry series.

On paper, another Saints Row doesn’t sound like a particularly groundbreaking idea.

But with fond memories of the ludicrous direction the last couple of games championed, the idea of revisiting that kind of unhinged elation is a little enticing. While we’ve had all sorts of incredible open-world games over the past decade – some incredibly eye-opening and ambitious, others safe and comfortable – there certainly hasn’t been one that’s embodied the same kind of amusement park approach that Saints Row took.

Will the attitudes of this Saints Row be interesting enough to capture the attention of the younger gaming generation? Will it manage to successfully reignite the spirit and do justice to any fond memories of the series for an older audience? Volition and its publisher Deep Silver are certainly trying to make a big fuss over it, but we’ll only know when we can actually play it for ourselves.