In an industry with a heavy drinking culture, what does a great alcohol-free event look like?
Jini Maxwell 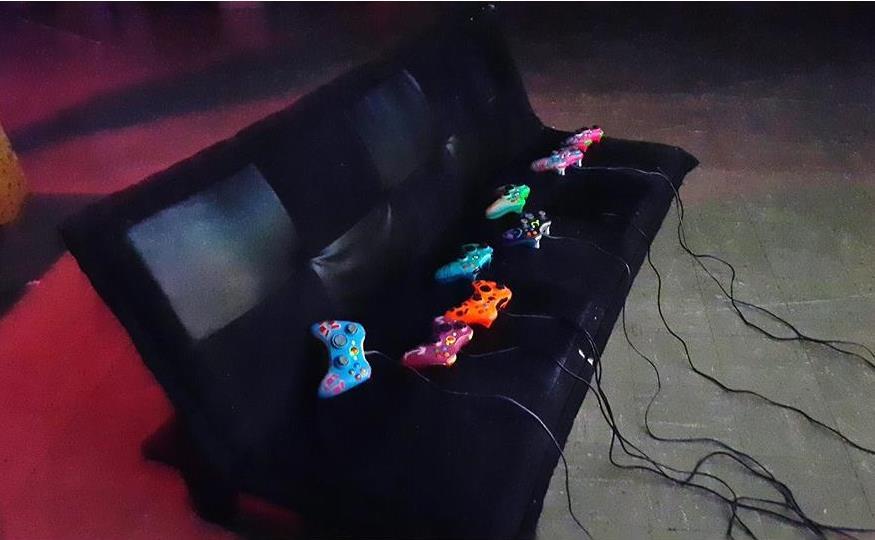 It’s time to swap out the drinking games for something more inclusive. Image supplied by Hovergarden.

Creative industries work hard and play hard – often at the same time. Launches bleed into drinks, bleed into kick-ons, foment relationships both personal and profession. As Ben Eltham wrote for Artshub in 2014, bar sales subsidise a huge amount of cultural activity, from small music venues to major performing arts spaces. For independent artists, alcohol sponsorship is seen as an invaluable way to draw a curious crowd to a new show, screening venue, or launch.

Despite the downsides of liquor-heavy events, a lot of organisers feel that alcohol is a rare form of reliable sponsorship, or a reliable way to get people chatting. In a literal sense, the Australian creative industries have a dependency issue. This is equally true in games.

Melbourne International Games Week (MIGW) brings together game developers from all over the nation. For one week, they have the chance to swap notes and stories over happy hour, a cheeky beer, open bar, wine-matched dinner, or a cocktail hour of networking. The week is known for leaving game devs from around the country with plenty of new contacts, the PAX pox, and a bad hangover. It can be a tricky dynamic to navigate if you’re not much of a drinker, let alone sober completely.

Alcohol might be a social lubricant for some, but for others, it can be alienating, or even dangerous. Moreover, this industry-wide approach isn’t all fun and games; health concerns aside, blurry boundaries between work and leisure create an environment where intimidating and predatory behaviour can thrive. This risk is doubled when combined with a substance that lowers inhibitions. For non-drinkers, these spaces are often unhealthy, or inaccessible – they can even feel hostile to their presence.

Formal networking opportunities aside, many of the connections made during games week come about at parties and social events. These can also be hard to navigate if you’re not comfortable with heavy alcohol use.

But MIGW is responding to these rumblings. This year, alongside its usual raft of boozy evenings, like the Australian Game Developer Awards night, Co-op drinks, and Megadev7, MIGW is offering a broader range of networking and socialising options, alcohol-free.

This year, the booze-free options were more plentiful. The first Sunday of MIGW saw Tom and Jeb in Space run the alcohol-free networking event, Ice Cream Social Experiment. Attendees paid $35 for the chance to eat Ben and Jerrys (including vegan options), drink mocktails, and natter about the industry. And it was clearly a welcome addition to the social roster; the event sold out quickly. The ticket price might look steep, but it’s stock standard for a networking event; Megadev7 costs $35-60, on top of drinks, and a food baby is certainly going to slow you down less than a hangover.

For the musos out there, there’s also the VMDO Networking Breakfast, where the Victorian audiophiles can meet industry leaders, and learn more about the skills required to make music for games.

And if you’re looking to let your hair down after a long week, why not check out Hovergarden’s annual games party? 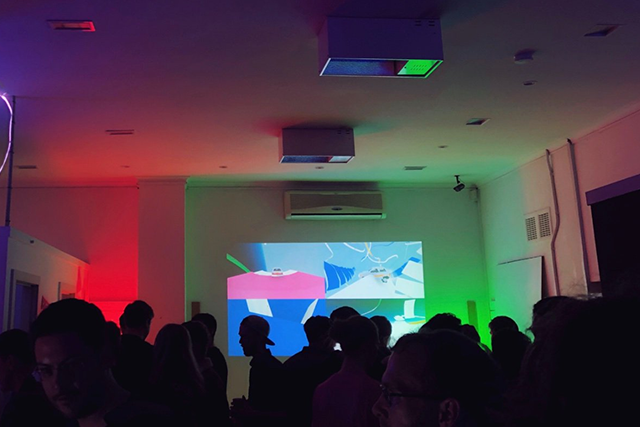 Hovergarden’s parties have been a MIGW mainstay since 2013. Image supplied.

Hovergarden curatorial collective are know for running events, parties and showcases that feature experimental games from around the world.

Since 2013, curatorial duo Chad Toprak and Andrew Brophy have organised fun, sociable events that showcase the best and brightest in experimental games. This year, the garden blooms again for MIGW, with a twist: MOTH, their 2019 party, is presented in partnership with games collective PlayReactive, and will be 100% alcohol free. They discussed this decision in a Twitter thread earlier this month:

MOTH will be a 100% alcohol-free party. While this isn’t an instant fix for the issues these events face, we believe this is an actionable step in the right direction, and we’re happy to lead by example. This wasn’t a hard decision to make, and it came about quite naturally.

Further in their announcement, the duo assured partygoers that while it was an easy, natural decision to make, and that it was a choice made for the benefit of their community, they’re not opposed to drinking outright. The party ends early, so that attendees ‘are welcome to stay for all of Moth and then kick on to another event afterwards, FOMO free.’ MOTH will run in the same space as Hovergarden’s 2018 offering, the ‘Arty After Party’, featuring a host of commissioned games that will launch on the night.

When asked whether a dry event was more complicated to organise, Toprak and Brophy said the opposite was true. The costs were fewer, and the risks were less.  Without the unknown element of lowered inhibitions, their event could focus more on celebrating commissioned work: ‘We’re hoping our curated games come to the forefront, and that the event is celebrated for the videogames and good vibes, and not the alcohol.’ They say their first dry party has been enthusiastically received, and Toprak encourages other organisers not to feel intimidated by the idea of going alcohol-free:

These MIGW events stand on their own as fun, interesting, social ways to spend an afternoon or an evening, regardless of your relationship with alcohol. It’s heartening to see organisers embrace the fact that sober doesn’t have to mean sombre, despite the ubiquity of alcohol in creative industries.

Not every event needs to go sober, but normalising alcohol-free spaces is a step towards a more inclusive industry, and one that prioritises the comfort of everyone over the status quo. With the goal of supporting a diverse industry in mind, making sure the (rich, white) boys’ club doesn’t dominate every social and professional space is a crucial step. When networking and social events run in a wider variety of spaces, it gives more people a seat at the table.