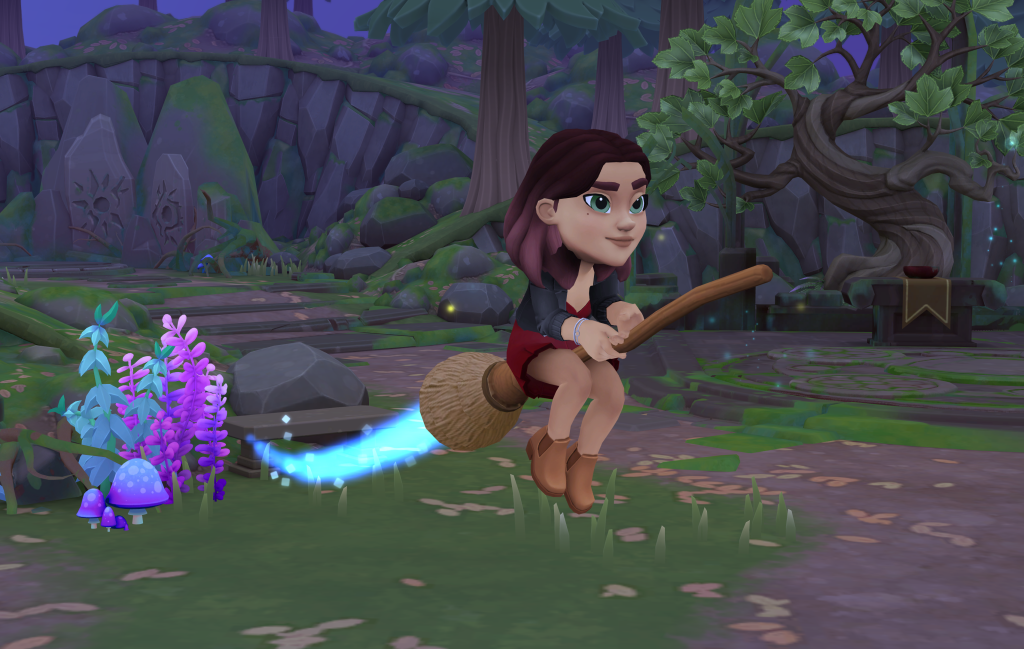 Get your spellbooks and wands at the ready; Wylde Flowers, the witchy farming and life sim by Australia’s Studio Drydock, is officially coming to Nintendo Switch and Steam on 20 September 2022.

The Melbourne-based studio dropped a release date trailer for the cozy game, with Creative Director Amanda Schofield calling the impending release on the two platforms ‘the dream we set out for with Wylde Flowers, and…a natural home for our game.’

Wylde Flowers follows protagonist Tara as she relocates to a rural island to help out on the family farm. Taking inspiration from games like Harvest Moon and The Sims, players plant crops, fish, and get to know the community by day. However, by night, Tara swaps the farm tools for a broomstick as she learns to become a witch and build her power.

The women-led team behind the game has already enjoyed success on Apple Arcade, where it was released in mid-February to nearly half a million players. The team also won an Apple Design Award for Inclusivity in June for the ‘refreshingly’ diverse cast of LGBTQIA+ characters that inhabit Fairhaven.

The team brings 30 characters to life through fully voiced, in-depth interactions and friendships that players can explore, featuring BAFTA award-winning voice actors from games such as What Remains of Edith Finch and Final Fantasy XV.

Studio Drydock says their aim is to create games for ‘people seeking creativity, exploration, and self-discovery,’ and Wylde Flowers promises just that in over 35 hours of wholesome gameplay.

Wylde Flowers can be preordered now on Steam, with further information about the Nintendo Switch release coming soon. For those keen to try out the life sim before September, it’s available now on the Apple Arcade subscription service.