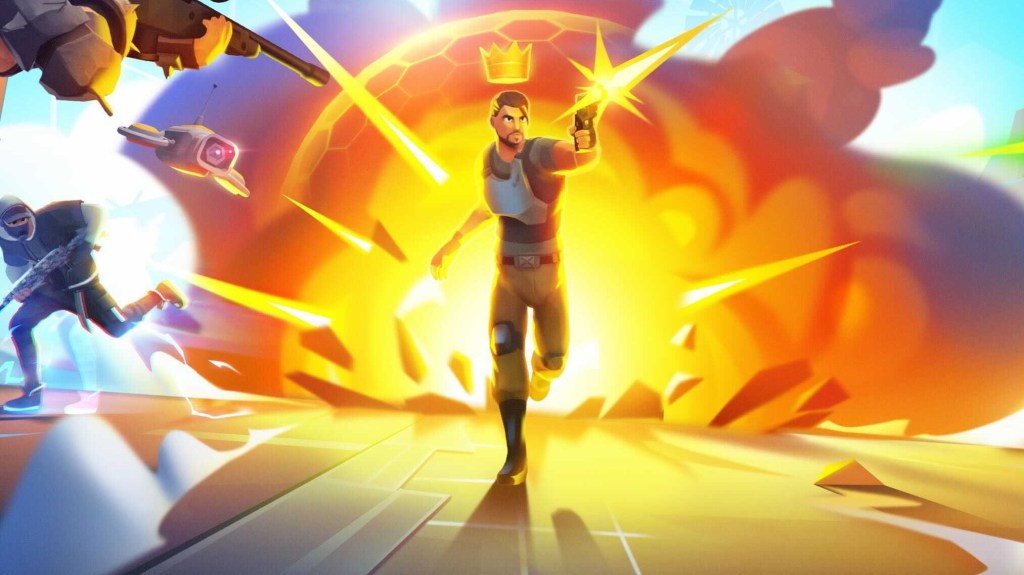 World Boss is the latest game from Australia’s PlaySide Studios (Age of Darkness: Final Stand), a drop-in, 16-player first-person multiplayer shooter that incorporates roguelike elements. At PAX Aus 2022, the studio announced that the game would be entering a Steam Early Access release phase globally on 20 October 2022. An open beta playtest is also available at the time of writing.

Described as a ‘casual’ free-to-play shooter, World Boss is inspired by IO games – online games that are typically designed around simplicity, persistence, and accessibility. The drop-in nature of World Boss means that unlike popular online multiplayer games, such as the battle royale genre, you won’t need to wait around in a lobby for other players before getting into a game — you’ll simply be dropped into an ongoing match. The matches themselves have no definitive end.

The game incorporates an RPG-like levelling system, whereby eliminating other players or attacking in-world resource points will earn you experience points. As you reach new levels, you’ll be given a limited selection of player upgrades, perks, and/or weapons to improve your ability.

When you reach the level cap, you’ll have the opportunity to be the titular World Boss, gaining additional strength, and becoming a target for everyone else in the game. At the maximum level, you’ll also be given the opportunity to ‘prestige’, and begin the process all over again, with the advantage of carrying over a weapon and perk to help you progress more quickly.

The game has also been developed with the attachment of two Australian video game content creators – Lannan ‘LazarBeam’ Eacott and Harley ‘Fresh’ Fresh, who specialise in Fortnite content creation.

You can opt-in for the open beta of the game via the World Boss Steam page.