Age of Darkness: Final Stand is a brutal survival RTS 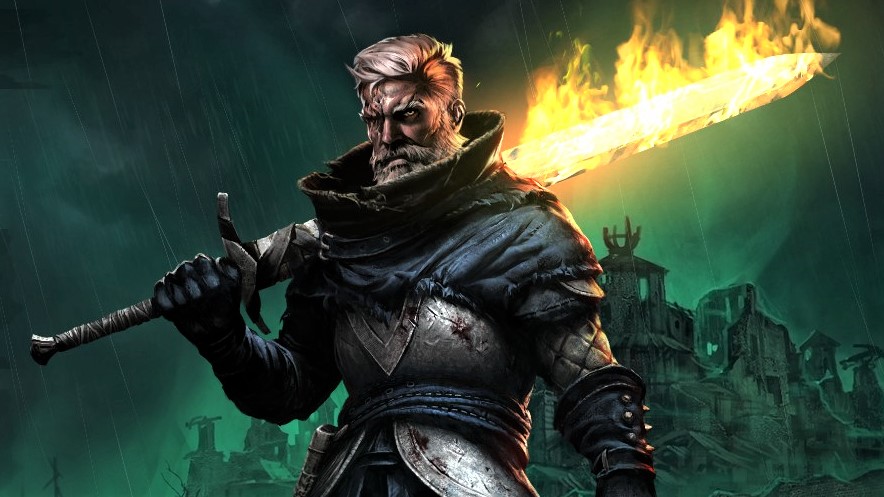 For the masochists and persistent strategy enthusiasts, Age of Darkness: Final Stand is a punishingly tough real-time strategy (RTS) from Melbourne’s Playside Studios about surviving against swarms of enemies.

Set in a dark fantasy world, Age of Darkness sees you build and protect a settlement from hordes of dark beings known as ‘Nightmares’ seeking total annihilation. It features a day/night cycle where the aim is to forage resources and fortify your defences during sunlight hours, and brace for the Nightmare attack at night.

At the moment, survival is the only mode available, with a solitary commanding hero unit to begin with. Playside plans to add more content – including a story campaign – further into Early Access. The lack of initial play variation doesn’t really matter for now, because what’s there is compelling.

One of the tough aspects of Age of Darkness, however, is the barren tutorial experience. Instead of playing a brief tutorial section, you’re thrown into the deep end, right into a full survival game. Several tooltips pop up as you select and construct buildings, but it doesn’t help you plan ahead as to what you should be focusing on. The first message you receive as soon as you start the game is a warning of Age of Darkness‘ difficulty, and that learning from mistakes is an integral part of the experience. This is all well and good, but the minimal information presented early still makes it tough to get into – especially for rusty RTS players like myself.

Fortunately, once you get your head around the basics, there’s plenty of interesting strategy action to consider. A survival game begins with your base structure, known as the keep, and several units to command. Most of the map is blacked out, waiting for you to explore what’s hidden beneath the fog-of-war. Your first priority is to build lumber mills and quarries to generate resources such as wood and stone, used for upgrades and expanding your settlement. Although I had no idea what to expect, I enjoyed the process of managing resources, establishing walls, and steeling myself for battle.

What made things a little tricky in figuring out how to best expand and prepare for the coming Nightmares was the lack of a clear upgrade tree. Some structures and units are locked behind research, and it wasn’t until some time into my first game I realised I needed to build a wood workshop to commence said research – not exactly obvious by its name. Although Age of Darkness encourages you to fail and learn, the limited information on hand from the beginning makes learning a slightly slower process than necessary, and doesn’t lend itself to learning a build order quickly. Some additional information is housed within a list of tutorial tips buried in the menu, but it broke the gameplay flow to navigate between the in-game UI and the menu so regularly early on.

If this sounds overly negative so far, know that I genuinely enjoyed what Age of Darkness was putting down – I would just love for a more streamlined opening experience. Conversely, what is immediately great from an options perspective, are the dynamic difficulty settings. You can either select from several presets, or customise the experience at a modular level. This includes game duration, enemy density, and ‘Hardships’, modifiers that increase your total end score multiplier in exchange for difficulty-adding attributes such as no hero units, or the inability to repair buildings.

I stuck with the default difficulty, confident my middling-at-best RTS skills would come back to me. I was totally, completely, embarrassingly wrong.

Past the initial hurdle of figuring out exactly what I was meant to do, I built a cosy little fortified settlement with various resources coming in, allowing for routine upgrades. Several day and night cycles passed, and my base slowly grew, much to my smug delight. After three days, which you can track via the timer at the top-right of the screen, the ‘Death Night’ comes. This refers to when the swarm of Nightmares actively converges on your settlement, testing your in-game days of preparation. To help stave off the overwhelming odds, you can pause the action at any time, allowing for the breathing room to plan out your next move. Content with my little perimeter, I was sure Age of Darkness wouldn’t go too hard on me too early in the game.

The Nightmares descended on my settlement, shredded through my walls, and destroyed my keep in alarmingly quick fashion. I knew my RTS skills were rusty, but not that rusty! My walls may have looked nice, but they did sweet nothing in the face of my shockingly underprepared army of way-too-few units.

Most promisingly, as soon as my overwhelming defeat sunk in, I wanted to dive straight back in and try a different approach, now having half an idea of what to do, in comparison to my initial, pitiful attempt.

Although RTS beginners will struggle during Age of Darkness‘ early goings, there is certainly enough depth here that makes it a survival strategy experience worth keeping an eye on throughout its Early Access journey.

Age of Darkness is out now on Steam Early Access for $31.95.

A copy of Age of Darkness was provided to assist with this coverage.