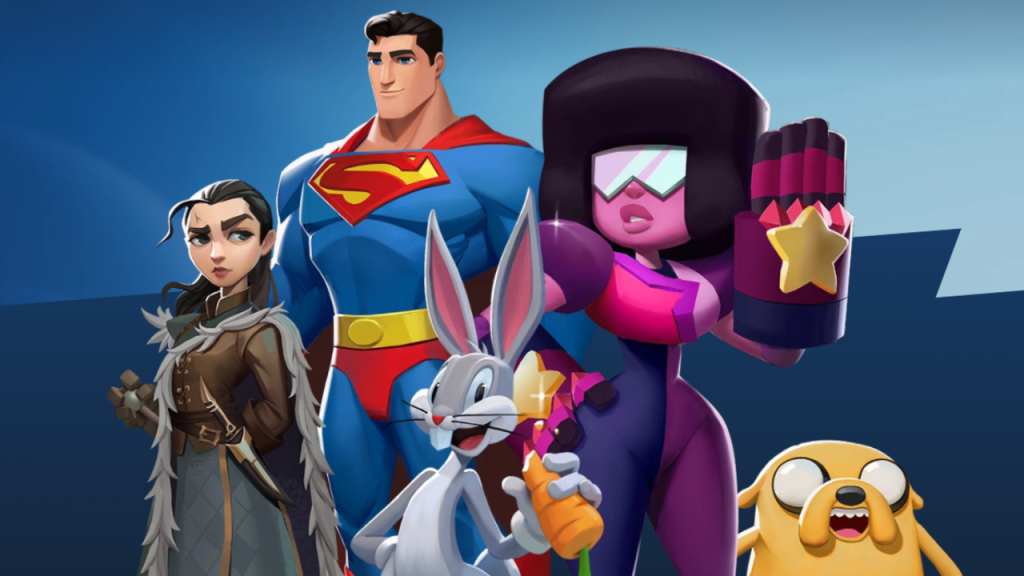 Following several leaks, Warner Bros. has revealed its rumoured crossover brawler MultiVersus is real, and it’s coming to multiple consoles as a free-to-play title in 2022. When news of the game leaked earlier in 2021, many assumed it was fake given the wild nature of its roster.

In MultiVersus, you’ll be able to battle friends with a frankly bonkers range of Warner Bros. characters including Arya Stark of Game of Thrones, Batman, Garnet from Steven Universe, Shaggy from Scooby Doo and Jake the Dog from Adventure Time.

Characters like Gandalf and Johnny Bravo, which were reported in early leaks, did not appear in the game’s first trailer. Regardless, it’s a stacked lineup.

Each character will have certain strengths and weaknesses, with characters like Steven retaining his shield ability, and Arya Stark wielding her blade. They all appear to have alternate costumes, too, which likely means microtransactions will be a key part of the game.

The most interesting character on the MultiVersus roster by far is Shaggy — it appears he’ll actually be adopting his high-powered ‘Ultra Instinct‘ abilities, which first appeared in memes shared across the internet. In the first trailer for MultiVersus he’s shown powering up, floating and being surrounded by dark energy.

From early details, it does appear the game is based around 2v2 multiplayer, with characters able to protect each other and share special abilities on the battlefield, but there will also be a solo mode for players who prefer going it alone.

The 2v2 structure is fairly interesting, and seems to be one of the sole features differentiating MultiVersus from its fellow brawler Super Smash Bros. Given the popularity of that title, it’s likely MultiVersus will have an uphill battle to reach its target audience.

Still, there’s plenty of reasons for players to pay attention, including the fact that most of the character roster will be voiced by their original actors, with names like Kevin Conroy (Batman), Matthew Lillard (Shaggy), Estelle (Garnet) and Maisie Williams (Arya Stark) on board.

With such an eclectic mix of characters, design choices and features available in the game, MultiVersus will certainly be an interesting game to watch in 2022.