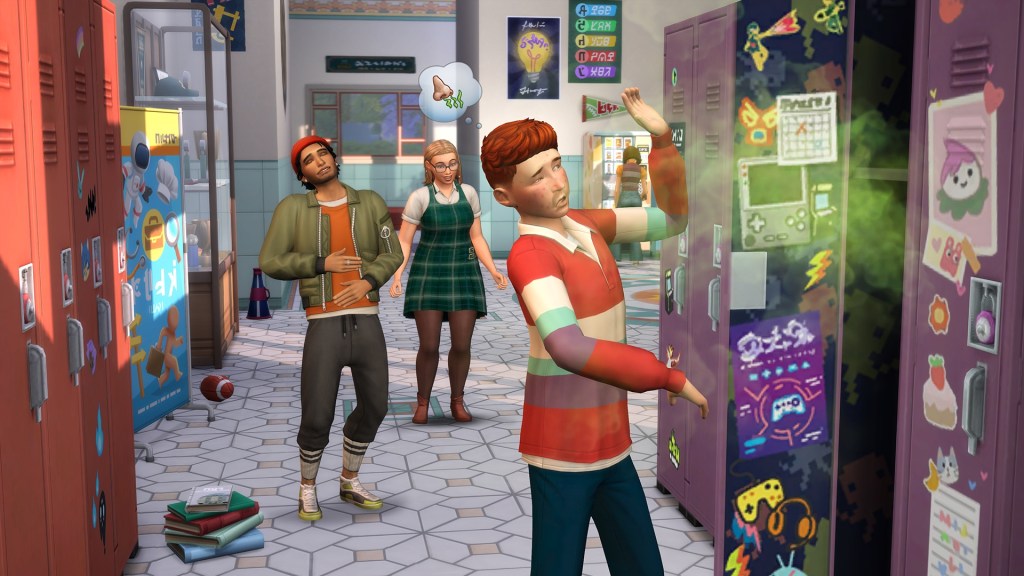 The Sims 4 is getting a brand new game expansion in July, titled High School Years – and it’ll let you live out all your teenage dreams. While the existence of the game pack was seemingly leaked by EA itself in June, it’s now officially confirmed, and dated for PC and consoles on 28 July 2022.

‘The Sims 4 High School Years takes players on a journey of growth to tell personal stories of self-discovery and the drama of being a teenager,’ George Pigula, Lead Producer of The Sims 4 High School Years said in a press release. ‘Sims will learn to juggle school and extracurricular events, form lifelong friends, and experience big moments like prom. They can even develop their own fashion likes & dislikes with the new Trendi app with clothes designed by Depop sellers.’

The new world of Copperdale will serve as a hub for teens, with many new activities available within Copperdale and its surrounds.

Social media will play a large part of this expansion pack, with teens able to earn influence online – or create their own sense of trending style. Depop sellers including Jeremy Salazar, Sha’an D’Antes and Lapoze McTribouy have all contributed to new in-game clothing items, which are available at thrift stores in the game.

It appears teenage Sims will be able to attend unique classes in high school, with some even earning detention for bad behaviour. They’ll be able to play pranks on their classmates, or choose a more academic life with extracurricular activities.

School life includes hanging out with friends, having lunch in the cafeteria, and taking weekly exams. It may also include cheerleading, football, computer clubs, chess, or science fairs – depending on how talented your teenage Sim feels.

After teens are done for the day, they’ll be able to go on dates at new locations, including amusement park Plumbite Pier, which includes a haunted house, a tunnel of love and a ferris wheel. Boba will also be purchasable in this expansion, with new snack-type foods available for these hangouts.

The path of high school eventually leads these intrepid teens to prom night, where they can dance with the Sims of their dreams, and eventually graduate into adult life.

You can check out the flashy new trailer for the expansion pack below:

The Sims 4 High School Years launches on 28 July 2022 for PC and Mac, PlayStation 4, PlayStation 5, Xbox One and Xbox Series X/S. Stay tuned to hear more about the upcoming game.