The next major Sims 4 game expansion may have leaked

The Sims 4: High School could be the next major expansion pack coming to the beloved life simulator.
Leah J. Williams 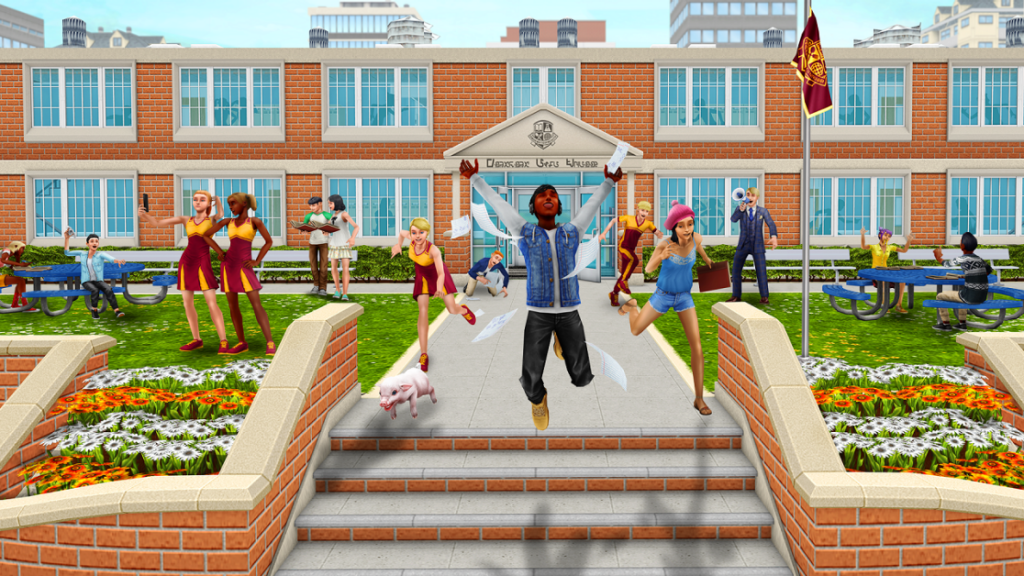 In a new player survey sent out by EA, The Sims 4 fans spotted something odd: the name of an expansion pack that’s yet to be released or announced by official sources. The Sims 4: High School was listed among the game’s major expansion packs, with players asked to nominate which packs they’d already played – a challenge, given the existence of High School was previously unknown.

While not officially confirmed just yet, this survey was reportedly sent out by EA itself, which would reasonably lead us to assume the company knows something we don’t – and that teenagers in The Sims 4 are about to get a massive boost.

Typically, children and teens in The Sims franchise get sent to school and disappear off-screen. They remain unplayable for half of most days, and then need to complete homework when they arrive back home, making it fairly difficult for them to have fulfilling childhoods.

Most people prefer to skip the childhood and teenage stage for this reason. But the introduction of a High School expansion pack could change this, and the overall importance of teenagers to the game.

Read: Everything you need to know about The Sims 4: Werewolves

So far, all we know is that EA has seemingly leaked the title of the expansion. Beyond this, there’s not much to go on – but we do have some educated guesses.

It’s likely the mystery High School expansion will transform Sim high schools into fully-fledged locations, rather than rabbit holes where Sims disappear. It could be that teenagers are playable while at school, in the same way Get to Work allowed players to control the activities and effort of adult sims while at work.

Kids should be able to choose unique learning styles (or go to unique schools, based on abilities), with class choice or behavioural options being a must. Large expansion packs typically shake up Sims gameplay in major ways, so it’s not outside the realm of possibility that the game reshapes how teenagers are able to learn and grow.

If the game resembles the The Sims 4: Discover University or The Sims 2: University in any way, that will be a major boon.

Whatever the case, we’ll have to wait until EA is ready to share more about this alleged leak.

While you wait for more news on The Sims 4: High School, you can also look forward to the game’s upcoming Werewolves game pack, set to launch for PC and consoles on 16 June 2022.