Super Nintendo World is bringing Mario to Universal Studios Hollywood in 2023. Here are the sights this theme park will offer.
Emily Shiel 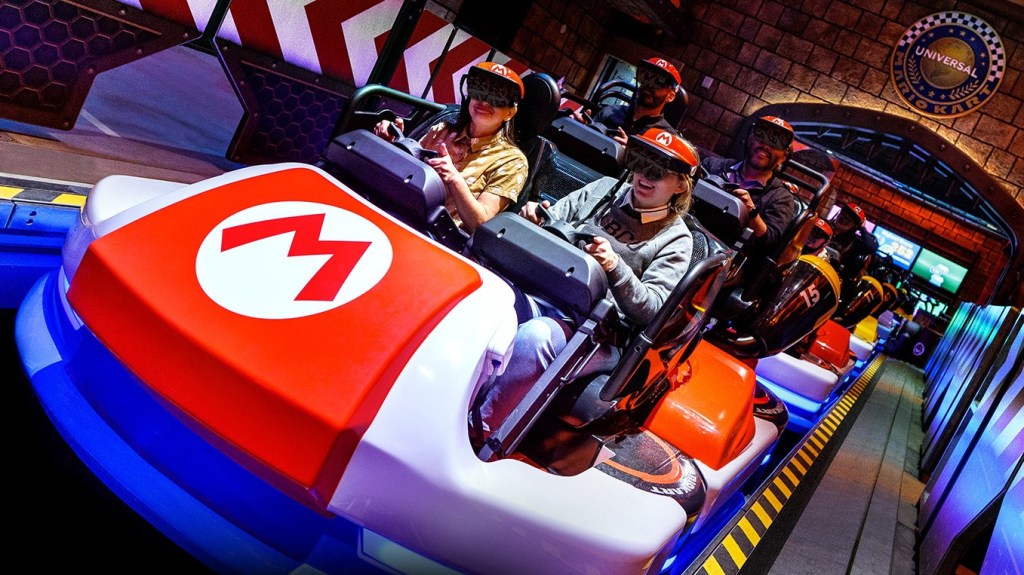 In exciting news for Nintendo fans, travellers, and theme park enthusiasts alike, Super Nintendo World will be officially opening at Universal Studios Hollywood on 17 February 2023, marking its arrival to the United States after opening in Universal Studios Japan in 2021.

Those visiting the Los Angeles-based theme park will enter through the iconic green pipe featured throughout various Nintendo games, beginning their journey at Peach’s Castle before venturing further into the colourful Mushroom Kingdom. Highlights of the themed world include the augmented reality ‘Mario Kart: Bowser’s Challenge’ ride, themed dining at the Toadstool Cafe, and shopping at the 1-UP Factory retail world.

The opening of the theme park comes in the months ahead of the release of The Super Mario Bros. Movie, an animated feature distributed by Universal Pictures, and features the likes of Chris Pratt, Anya Taylor-Joy, Jack Black, Seth Rogan, and more in starring roles.

Here are some of the other features patrons can expect upon visiting, per the official press release.

You can find out more about Super Nintendo World on the Universal Studios Hollywood webpage.