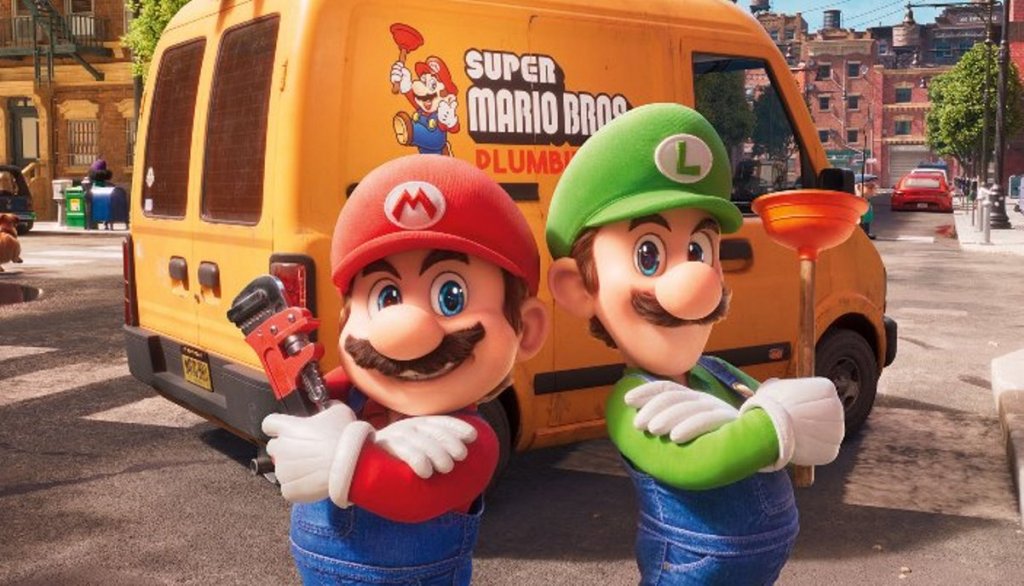 The second major trailer for The Super Mario Bros. Movie has shown off more of the film’s impressive and colourful world, which looks to pay homage to the past and present of the entire Super Mario series – from its relationship with Donkey Kong, to the enduring popularity of Mario Kart.

Donkey Kong makes his first official appearance in this trailer, debuting against Mario in a colosseum battle – which Mario promptly loses. This version of Donkey Kong appears to be villainous, as he was in his original appearance, and he rocks the classic red DK tie.

He’s not the only villain to make a major appearance in the trailer, however – as Jack Black’s Bowser also features prominently, interrogating Charlie Day’s Luigi about the whereabouts of Mario, the one human who stands in the way of his plans for total world domination.

As in most Super Mario adventures, it appears Bowser is looking to enact a dastardly, rocket-powered plan, with his Koopa Troopers causing havoc by his side. It’ll be up to Mario, Luigi, Princess Peach, and the Toads to fight back against Bowser’s forces with a range of power-ups and tools by their side.

Notably, Princess Peach will take a more active role in this adventure, with a brief snippet in this second trailer for the movie depicting her using a Fire Flower to gain impressive elemental powers. She’s also seen wearing a unique combat suit, wielding a ceremonial axe, and driving a Mario Kart down Rainbow Road – which could indicate a diversion from her typical ‘damsel in distress’ role in the film.

You can check out the new trailer for The Super Mario Bros. Movie below:

So far, the film looks to be an impressive and gorgeous translation of the beloved Super Mario Bros. world. There’s high hopes it will do justice to the video game franchise, and introduce Mario and Luigi’s adventures to a whole new audience.

Update 1/12: Fresh TV spots and trailers from other regions have also shown off more of the Mushroom Kingdom, with new footage appearing in a range of newly-released reels:

The Super Mario Bros. Movie lands in cinemas on 30 March 2023 in Australia.