Valve has confirmed the Steam Deck will operate as a handheld PC, rather than an exclusive game platform.
Leah J. Williams 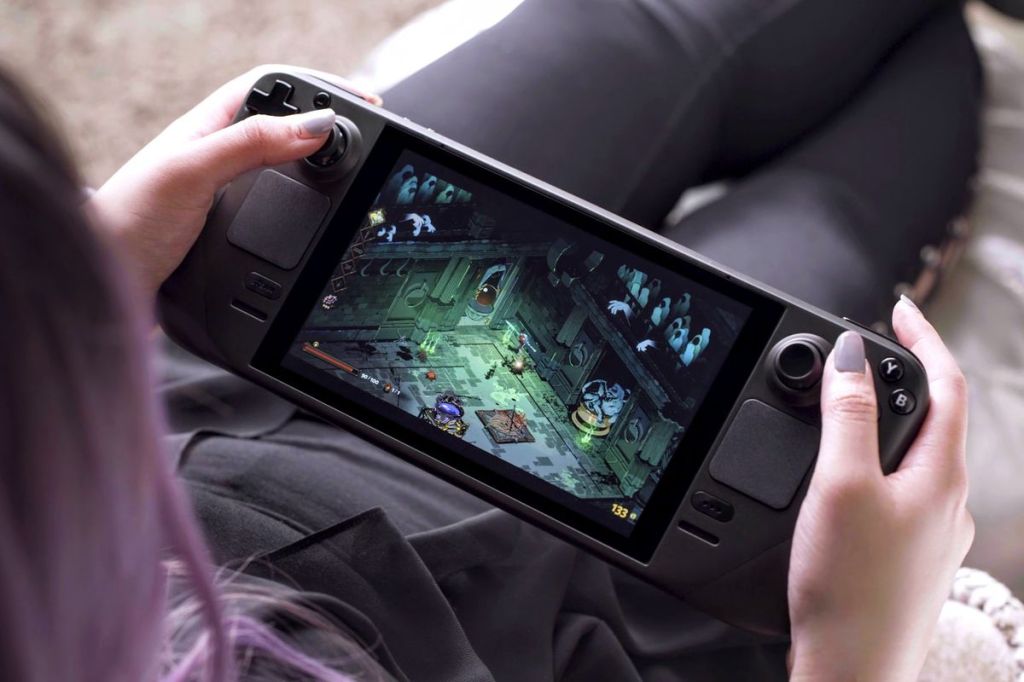 In a refreshed FAQ page for the handheld Steam Deck console, Valve has confirmed the device will function exactly like a small PC, rather than an exclusive game console like the Nintendo Switch.

‘That doesn’t make sense to us,’ Valve said in response to a question about developers creating exclusive games. ‘It’s a PC, and should just play games like a PC.’ Rather than exclusives, the console will use a propriety version of SteamOS to run already-existing PC games in a handheld setting.

While it won’t have any ‘exclusives’, per Valve, it will play thousands of games from the Steam library, and will also allow users to download and play games from a variety of third-party storefronts, including Steam rivals like the Epic Games Store and GOG.

So far, we’ve seen already hundreds of games running on the Steam Deck, including hits like Night in the Woods, Chicory: A Colorful Tale, and more graphically-intensive games like Devil May Cry 5. It’s likely the vast majority of the Steam library will be playable when the device finally launches.

Steam is currently in the process of working through which games can and can’t run on the console, with plans for Steam Deck-ready games to receive a ‘verified’ checkmark so users can understand how much of their library will actually play.

While a lack of actual exclusives may seem like a surprise, the simple fact is the Steam Deck doesn’t need exclusives to be an appealing console choice. Between Steam, GOG, Epic Games, and other digital storefronts, there’s plenty of variety in the games that can be played on the device — and its handheld nature is the more likely draw.

If the popularity of the Nintendo Switch is anything to go by, handheld gaming is here to stay. The hybrid PC-handheld nature of the device is something sorely missing in the modern games industry, and the ‘newness’ here has already attracted mainstream success.

While exclusive games would be a cherry on top, they’re unnecessary for the promising console.

Sadly you still can’t order the device in Australia, but further updates revealed in the new FAQ indicate that could change soon.

In a section asking when more countries will be able to order the device, Valve said, ‘Nothing solid to announce or confirm yet, but we can say that we’re working really hard on making Steam Deck available in Japan and Australia.’ No other countries were named as being in progress, which is a good sign for local fans awaiting news.

For now, console preorders are still closed in Australia — but it does appear more news is, thankfully, on the way.