PUBG Mobile and Baby Shark are crossing over once again

The not-so-kid-friendly PUBG Mobile is teaming up with the very-kid-friendly Baby Shark for a wild battle royale crossover.
Leah J. Williams 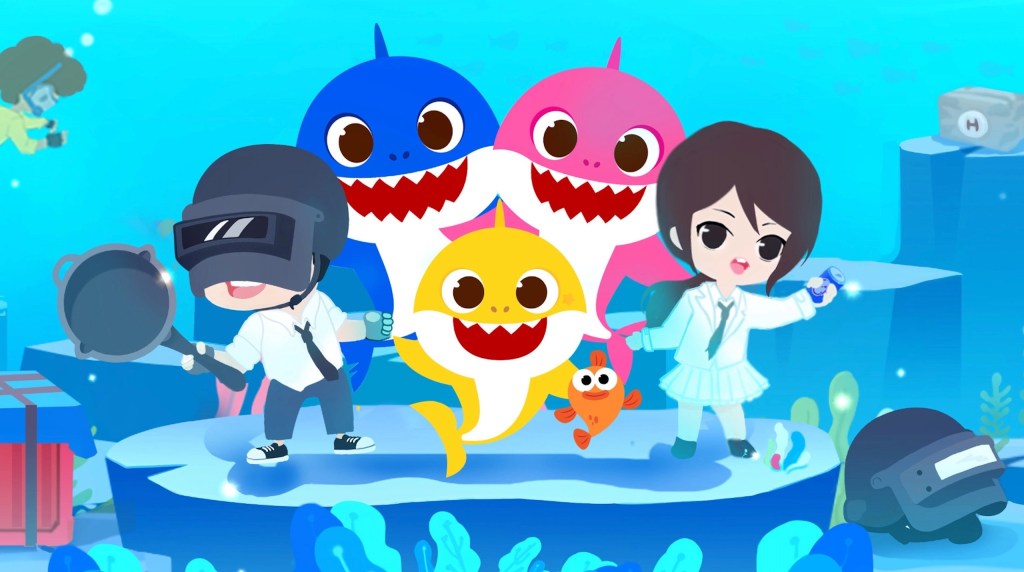 Baby Shark is entering the bloody battlefield of PUBG Mobile for a second time, despite the unlikely pairing being ridiculed when it first appeared in 2021. Baby Shark, a property designed to comfort young kids with a catchy song and cute shark mascot, has no business being part of an intense military shooter like PUBG Mobile – and yet, the collaboration between the properties continues.

The first part of this new crossover is a cutesy animation that sees characters from PUBG diving underwater for weapons and other treasures. What they find instead is a chest full of Baby Shark and Golden Chicken Dinners. The entire short is extremely surreal, and really nails in just how strange the collaboration is.

Baby Shark is a property designed solely for kids. PUGB Mobile is a game designed for teens and adults, one where killing is a primary mechanic. The Venn diagram for these franchises is two circles – so it’s fairly unclear who this crossover is for. Perhaps parents who’ve heard enough of the song to drive them insane? Teens and young adults who love a good meme?

Regardless, it’s a reminder of just how strange the world of video games can be.

Beyond the video short – which is well worth watching, if only for the spectacle – it appears PUBG Mobile will also be getting a fresh dosage of Baby Shark-themed content. A number of unique collectible items will be released during this drop, although none have been officially revealed yet.

It’s still extremely unclear why Baby Shark was chosen to cross over into PUBG Mobile, particularly given the game is so violent, but with the uproar and attention the collaboration has caused, it certainly justifies its own existence. Video games are weird – and this collaboration is just another development that proves it.