Greavard is a new ghost-type Pokemon that looks adorable, but will absorb your life force.
Leah J. Williams 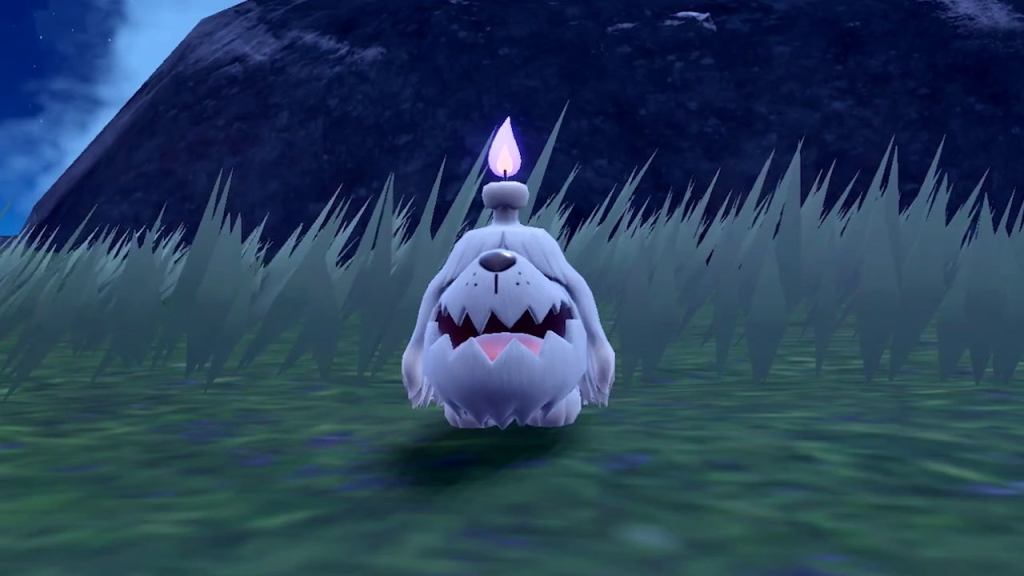 Pokemon Scarlet and Pokemon Violet are set to be jam-packed with very good dogs. Fidough, the Fairy-type bread bun Pokemon that resembles a chihuahua, has already enchanted fans of the franchise. Now, Greavard, the Ghost-type sheepdog, is coming to steal Fidough’s thunder.

Greavard was revealed in the latest trailer for Scarlet and Violet, getting its very own standalone showcase. It appeared alongside other Ghost-type Pokemon including Gastly, Gengar and Mimikyu – with its entrance being rather dramatic.

With a candle on its head, the Pokemon burrows into the ground and attracts unsuspecting trainers who stumble across it in the wild. When in range, Greavard pops up, revealing an absolutely adorable shaggy face and chomping jaws. The Pokemon is capable of Bite and other Ghost-type moves, and appears able to hide itself underground at will.

While the trailer for this new addition isn’t particularly long, it certainly gives enough time for Greavard to make an impression. With its wiggly bottom and adorably bouncy movements, it’s sure to be a fan favourite.

That said, Greavard also sounds a bit terrifying. The Pokemon appears to be a loveable companion, but it also sucks the life force out of everyone around it.

‘Greavard is so affectionate that paying it any attention will make it so happy that it will follow you wherever you go,’ the official Pokemon description reads. ‘However, Greavard will slowly and inadvertently absorb the life force of those around it.’

It appears that while the pup is incredibly cute, it’s also cursed to spend its lifetime alone – or slowly killing everyone it comes into contact with.

What a wonderful companion for a human child.

You’ll meet Greavard, alongside a host of other new Pokemon, when Pokemon Scarlet and Pokemon Violet launch exclusively for Nintendo Switch on 18 November 2022.