Bellibolt has set the internet on fire with its cute, rosy cheeks and round, electric-powered belly.
Leah J. Williams 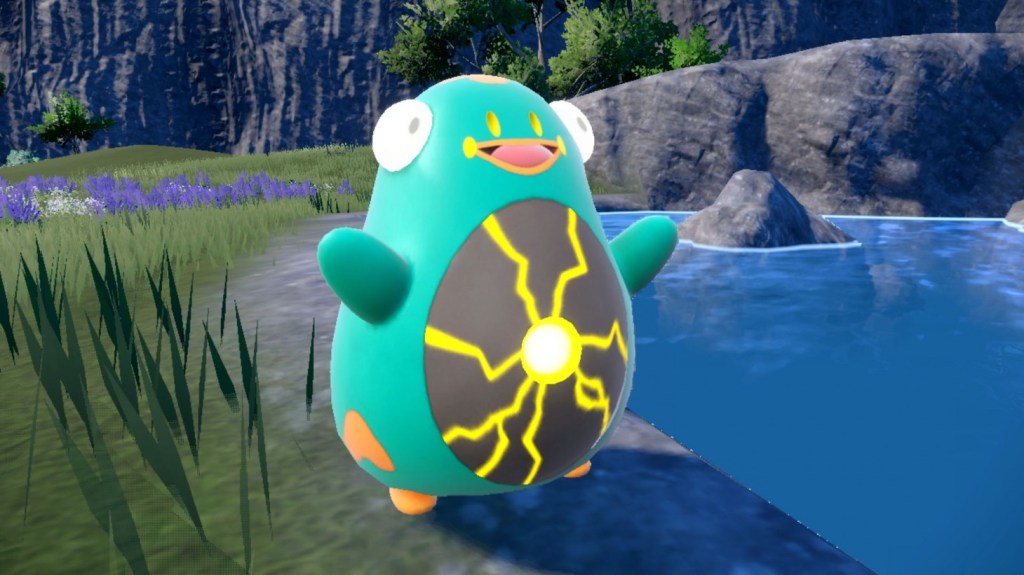 The latest trailer for Pokemon Scarlet and Pokemon Violet has revealed everyone’s new favourite Pokemon – the Electric-type frog, Bellibolt. The latest addition to the games’ roster was teased as a partner for Iono, the feisty, Electric-type gym leader who is also a content creator and idol in the world of Scarlet and Violet.

Iono wears a pair of twin Magnemites on her head, and rocks a pastel pink and blue aesthetic. Don’t let her cutesy appearance fool you though, she certainly appears to be a tough opponent – with Electric-types often proving to be a difficult challenge.

Bellibolt is similarly cute, with rosy cheeks and a round, electricity-powered belly. It hops around on short, waddle legs and is wonderfully blobby, but its type combination will likely prove deadly.

Its new move – Electromorphosis – also sounds like it’ll cause headaches. This electric-type move will essentially power up to cause greater damage every time Bellibolt is hit.

With a range of other ground and electric-type moves, it will effectively squash any water or fire Pokemon – all with that pleasant, vacant smile on its face. It’s adorable, but more than a bit menacing.

‘Bellibolt expands and contracts its body to generate electricity in an organ that looks like a belly button,’ the official Pokemon Twitter announced. ‘Electricity is then discharged from the two bumps on either side of its head that resemble eyeballs.’

This essentially means that Bellibolt’s face is actually in the centre of its body – and that it looks delightfully silly.

Between its short, stumpy arms, goofy face, and round, bouncy belly, it’s now fostered a fanbase of its own – likely to rival Iono’s own.

We’ll learn more about Bellibolt, and all the new Pokemon of Scarlet and Violet when the new games launch for Nintendo Switch on 18 November 2022.