Where Pokemon Legends: Arceus DLC could take the game

Pokemon Legends: Arceus is ripe for a DLC chapter. Here's everything we'd want to see in the next journey.
Leah J. Williams 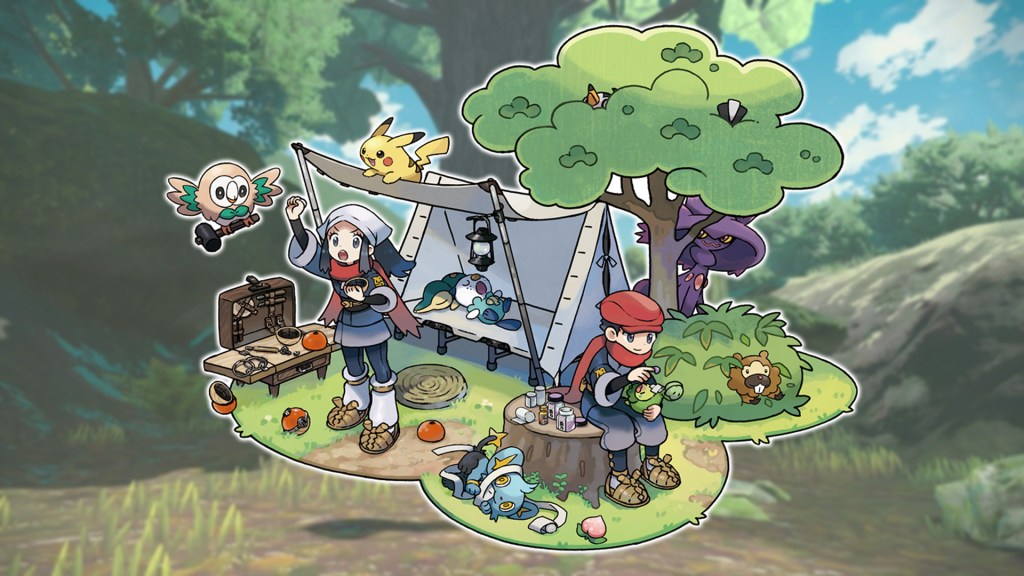 Pokemon Legends: Arceus is a dazzling, addictive journey through wild, open lands teeming with Pokemon – but while your adventure will take you from sandy beaches to snowy mountains, there’s plenty of in-game potential that goes unrealised. Pokemon Legends: Arceus DLC could change that. While still unconfirmed by Nintendo, Pokemon Sword and Shield received a series of hefty updates, and there’s a lot DLC could do for Pokemon Legends too, including adding in brilliant biomes, expanding on its time travel plot, and introducing brand new Pokemon.

Here’s everything we’d want to see in a Pokemon Legends: Arceus DLC chapter.

While Pokemon Legends: Arceus features five unique biomes, many of them are quite similar. The Obsidian Fieldlands and the Cobalt Coastlands look the same, and both feature watery coasts, trees and cliffs. The Coronet Highlights shakes things up with more mountains, but even this biome is similar to the others in many ways.

It means the locations you explore in Arceus begin to feel stale a few hours into the game. While beaches and plains are represented well here, Arceus DLC could do well by adding in jungles or underwater locations. It could add in a flying-type cloud palace, or blooming, bug-filled gardens. There could be gentrified, city-style locations, or even glimpses into the future world of the game’s protagonist.

There still appears to be regions on the Arceus map left unexplored, and additional story chapters could bring players to some cool new places.

Pokemon Legends: Arceus adds in a handful of new Pokemon and evolution types, but it’s pretty surprising how few ‘new’ Pokemon it actually introduces. While its status as a prequel excuses this, it would be great to see the game expand on its Hisuian-specific evolutions and forms in future – or even introduce new Pokemon altogether, potentially in new locales. This would help spice up the game’s catching mechanics, and give players new reasons to explore deeper into the game.

It would imply these new Pokemon species are extinct as of the modern timeline, but hopefully they could pop up in a future game to allay any concerns. If new Pokemon aren’t on the table, then it’d still be great to see new Hisuian forms of the Pokemon we already know and love.

The time travel plot needs to be expanded

Pokemon Legends: Arceus vaguely follows a time travel plot where the game’s protagonist is flung into the past to solve an oncoming crisis. This largely happens in the background as the game turns to catching and researching Pokemon in the wild, rather than actually solving the protagonist’s issues. While the plot isn’t quite abandoned – the end-game eventually brings loose ends together – there’s still plenty left unanswered by this event.

Have wormholes claimed other people in the past? What is the implication of a person from modern day entering the Pokemon world of the past? Do your actions alter history? These questions aren’t touched on in the game’s main narrative, but a DLC chapter has the potential to focus more on the sci-fi elements of the story, and how the game ties back into the modern Pokemon narrative.

Ingo is an odd character who appears in the middle of Pokemon Legends: Arceus as a time-displaced traveller looking to find his way in the world. He actually belongs to the world of Pokemon Black and White, where he operates as the leader of the Battle Subway. His appearance in Arceus is a bit shabby, given he’s seemingly been pulled from time and placed into an unfamiliar world – and beyond helping players through the Coronet Highlands and battling, he doesn’t do much.

This is a shame, because he seems like a cool character ripe for further exploration. How did he get to Hisui? How is he coping with the transition? Does he ever find his way back home? A side story featuring Ingo feels like a good opportunity to expand on the game’s time travel plot and give some more depth to one of the more interesting characters in the game.

A crossover with Diamond and Pearl could raise the stakes

Pokemon Brilliant Diamond/Shining Pearl and Pokemon Legends: Arceus take place in the same world of Sinnoh. With time travel being a key part of the plot, you’d expect that the events of Diamond and Pearl would play a deeper part in the game’s main narrative – but future events and the modern context of the player character are rarely brought up in the story. This could change with a dedicated Arceus DLC chapter, which could lend the games a stronger connection to each other.

Pokemon Legends: Arceus deserves better multiplayer functionality. While past games have featured areas where players can chat and interact, or even take part in battles, the only way you can interact with friends in Arceus is by local trading. There’s not even options for online wonder trades. It’s extremely limiting, and means that you can’t really play with other folks at all. Beyond making the game feel lonely, it also removes a key component of past Pokemon games.

While battles in the game are already tough enough, it would be a blast to fight against your friends, levelling your Pokemon to be the most competitive around. Locking future multiplayer functions behind paid DLC would feel pretty poor, so it’s unlikely to happen – but there’s so much potential in opening up Arceus‘ world for multiplayer interaction.

Given the immense popularity and positive reception the game has received so far, it would be a shame not to continue the adventure in some way. While there’s no indication Nintendo is currently planning DLC, it feels a likely bet over the next few months. Stay tuned for more news on this front.