7 things I wish I knew before starting Pokemon Legends: Arceus

Pokemon Legends: Arceus is a sweeping adventure that holds its cards very close to its chest.
Leah J. Williams 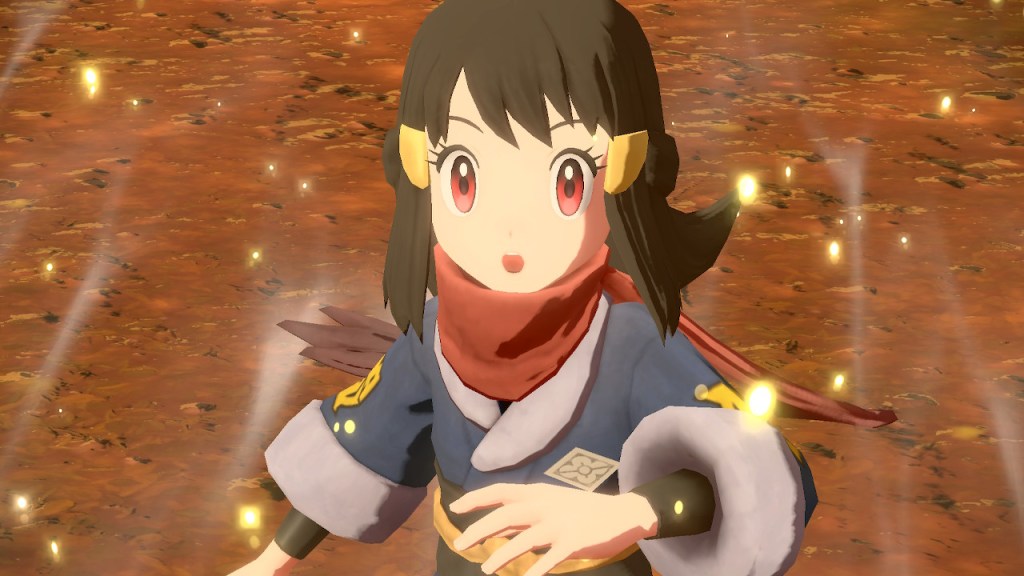 Pokemon Legends: Arceus is a grand, sweeping adventure. It takes you all the way from relaxing forest groves to blustery winter tundras as you befriend wild Pokemon and discover the mysteries of Hisui. But while the action unfolds at a steady, manageable pace, there are plenty of things the game doesn’t tell you upfront – including how to keep your Pokeball supply steady, and how best to balance your Pokemon party.

While you’ll likely learn the best techniques as you play the game for yourself, there are plenty of tips you can learn that’ll save you a lot of pain later in the game. Here’s everything I wish I knew before I started Pokemon Legends: Arceus.

Save three of each unique item you find

In your Pokemon Legends: Arceus journey, you’ll find unique items in each biome – including key items like Crunchy Salt, Pop Pods and Hearty Grains. While the temptation will be to sell them off for profit, you should keep at least three of each unique item in your personal storage. Certain quests will require these items, and they can also come in handy for crafting goods.

As money runs low, crafting will become an essential tool – and you’ll need stock on hand to keep your party healthy and thriving. If you’ve got three of each unique item as a basic starting point, you’ll waste less time trying to complete quests and be able to continue your adventure freely.

That said, you should also make sure to keep ample stock of the following items: Vivichoke, Kings Leaf, Oran Berry, Medicinal Leek, Pep-Up Plant, Apricorn, Tumblestone, Iron Chunk. All of these can be crafted into healing items and/or Poke Balls that’ll serve you well later in the game.

As mentioned, Apricorn, Tumblestone and Iron Chunk items should be kept in your inventory or storage, rather than sold. These can be crafted into Poke Balls, and save you a lot of money in the process.

While the game doesn’t tell you exactly how you can craft these Poke Balls, the actual method is very simple. If you throw Pokemon at trees with beige-coloured fruit, you’re likely to knock down an Apricorn. If you throw Pokemon at brown crystal formations, you’ll knock loose a Tumblestone or two. Iron Chunks can be found wandering the mountains in every region.

Poke Balls are expensive and if you waste too much money on them, you’ll lack the healing items you need to keep your Pokemon moving. Instead, gather crafting materials when you’re wandering the wild, and use your Crafting Kit (found in your ‘Key Items’ inventory) to hand-make your own.

Instead, spend your hard-earned money buying Revives. They’ll come in handy as you encounter more dangerous Pokemon in the wild.

You need a balanced team in Pokemon Legends Arceus

Pokemon Legends Arceus is filled with a number of surprisingly high-powered Pokemon, particularly as you get further into the story. Many of these will take just one hit to down your Pokemon partners, meaning they can be very dangerous if you don’t have a balanced party.

To make sure you’re not caught on the back foot, you need a party of generally-similar levels who all have different elemental types. This is standard practice in Pokemon games, but feels particularly necessary in Arceus.

While there are boss fights against Pokemon of all kinds, it feels particularly important to have at least one of each of these Pokemon type in your team: Fire, Water, Fighting, Poison, Ghost. This should cover the full spectrum of Pokemon weaknesses and ensure you’re never too close to death.

To control the pacing in the game, Pokemon Legends: Arceus places blocks between main story missions. To overcome these, you’ll need to earn star ratings for your Pokemon research work, ie. you’ll need to catch a lot of Pokemon, and start filling out their individual Pokedex entries. You can’t actually blitz through the story – you’ll need to spend time catching Pokemon, too.

Wander the fields, explore areas off the beaten path, and pursue select Pokemon so you can work on filling out your Pokedex entries and maximising the return on your research. Most Pokemon require you to defeat them and catch them at least three times to fill out a Pokedex entry, while also performing tasks like feeding, or defeating their ‘Alpha’. Take note of these along your way, and make sure you’re researching as you’re chomping through story.

If you do want to skip the more ‘grindy’ parts of the game, you’re more than welcome to overlook the game’s many side quests – these don’t add much the gameplay experience, and you rarely get worthwhile rewards.

Retrieve satchels as you explore

Hidden away in the game’s main menu is a section called ‘Lost & Found’. While it’s never explained, it’s well worth noting – here, you can find a list of ‘lost’ satchels waiting in the game world. Retrieving one will give you a notable reward, usually a Rare Candy or an EXP Candy you can use to quickly level up your Pokemon. While they can advance your Pokemon a bit too early in the game, they’re great for getting an advantage in battles.

Pull up the game’s map using the ‘-‘ button while exploring, and you’ll find a number of lost satchels littering your path. Gather as many as you can find, and you’ll be rewarded with a bounty of useful healing and levelling items which can make your journey much easier.

All you need to do is head into Lost & Found, and claim your rewards.

As you collect these satchels, you’ll also earn Merit Points which can be spent at the Jubilife Trading Post in exchange for key items like evolution stones, EXP candies and unique held items. Note that these require a lot of Merit Points, and you may only ever be able to claim a few items in your playthrough.

Catch as many Pokemon as you want, and keep catching

Pokemon Legends: Arceus requires you to catch a lot of Pokemon – and given that the game makes it easier than ever, it’s fair to say you’ll end up with a pretty full inventory after you spend a few hours with the game. But no matter how many Pokemon you catch, your storage never actually seems to run out – so you can keep catching to your heart’s content.

As long as you have the money or items for Poke Balls, your Pokemon storage will expand to encompass your collection.

That said, you do actually get minor rewards for releasing Pokemon. If you head to the farm in Jubilife Village, you can release as many Pokemon as you like. They may leave you with a small performance item as a reward, which can be used to improve your Pokemon. Or, you can just keep them on the farm forever – there are really no consequences for hoarding, so feel free to keep on catching.

Visit a camp before every cutscene or Alpha encounter

Before you approach a major enemy (whether it be a boss or alpha), you need to make sure you’ve got a fully healed party. While occasionally your companions will heal you before a story fight, the scenario you’ll more likely run into is this: you’ll walk into a cutscene location, realise you’ve got just one Pokemon left, and you’ll be forced into a fight unprepared.

Given the majority of enemies have a one-hit kill for average-level Pokemon, it’s essential you have a complete party ready to fight – otherwise you’ll lose your progress and have to start the fight again.

Exercise caution, and default to retreating back to a nearby campsite before approaching any big enemies or major cutscenes – you can just fast travel there if you aren’t near any hostile Pokemon. As you travel back to the planned location, avoid getting into any major trouble or being spotted by alphas, and you’ll be set for a fairer fight.

With these tips, you should be well on your way to glory in Pokemon Legends: Arceus. The game doesn’t always give players the easiest ride, but knowing what to do ahead of major battles is a great way to kickstart your journey.