Every game announced during the latest Nintendo Indie World

Australian-made games Wayward Strand and Cult of the Lamb got a major showing during the latest Nintendo Indie World.
Leah J. Williams 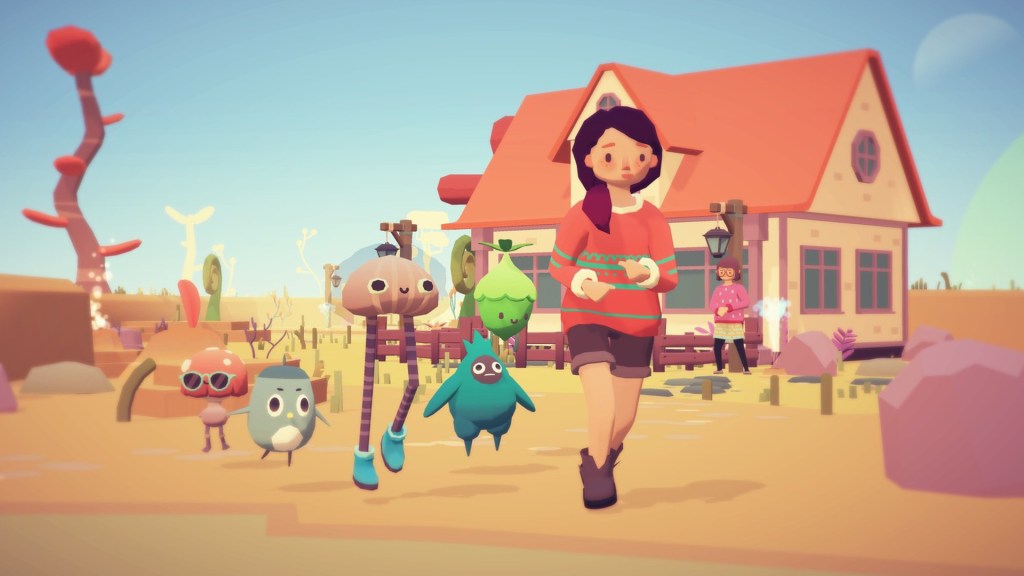 The May 2022 Nintendo Indie World was a delightful mid-week surprise that pulled back the curtain on upcoming game releases for Nintendo Switch. Between Wayward Strand and Cult of the Lamb making appearances, Australian indie games got a pretty good showing – though audiences continued to clamour for new information on the now-mythical Australian indies Hollow Knight Silksong and Sports Story. Beyond these, we also had announcements for the long-awaited launch of Ooblets on Switch, as well as looks at a number of exciting new titles.

Here’s everything major announced during the May 2022 Nintendo Indie World.

Note: All seasonal release dates relate to the Southern Hemisphere.

Ooblets is coming to Switch in winter

Ooblets, the creature-collecting farming sim that combines the aesthetic of cosy games with Pokemon-like gameplay, is finally coming to Nintendo Switch in winter. The game has been in early access since 2020, and is now ready for a wider release following tweaks and additions to content.

Playing Ooblets is an absolute delight, and it should feel right at home on the Nintendo Switch.

No firm release date was given, but expect to hear more in the coming minutes. With winter being right around the corner, there’s not long to go now.

Batora: Lost Haven, a space RPG announced in early 2022, was given a fresh new gameplay trailer during the latest Nintendo Indie World. It showed off neat, isometric-style battles, dialogue trees and and a number of intriguing looking creatures.

While this game is largely a sci-fi game, it also seems to include traditional fantasy elements, including dragons. The story of hero Avril is filled with danger, but with plenty of neat tricks up her sleeve, she should be well-equipped to fight back against the hostile world she occupies.

A number of beloved indies are being ported to Switch

As is tradition, the latest Nintendo Indie World also introduced a number of fresh ports for existing, beloved indie games. Titles confirmed to be arriving on Switch soon include:

Soundfall is another rhythm shooter that utilises the power of a beat to keep players running, gunning and looting. You’re able to hop into this musical adventure solo or with friends, with the ultimate goal of exploration being to nab the best loot and fight your way through a number of horde-like enemies.

The songs in this launch trailer are genuinely very catchy, and we can only assume the rest of the game is as boppy and frantic as what was shown off during the latest Nintendo Indie World.

As announced during the showcase, Soundfall is now available for Nintendo Switch.

Wildfrost is a brand new ‘tactical roguelike deck-builder’ that allows players to face off in intense, card-based battles as they collect unique items and attacks. The entire action plays out in extremely cute fashion, thanks to a gorgeous chibi art style that makes every card pop.

The gameplay here seems a little bit Gwent or Magic: The Gathering, with players able to build up their hand and initiate waves of attacks to take down enemies. As you face tougher enemies in this adventure, you’ll be able to pop into your local blacksmith to obtain a number of stat-increasers that’ll aid your progress.

Wildfrost launches for Nintendo Switch in the 2022 holiday season.

Gunbrella is a noir adventure where the primary hook is that the protagonist owns an umbrella that can also be a gun. We’re certainly intrigued. The early trailer for this game showed off a number of neat traversal tricks as players can explore a desolate town, using the umbrella as both a grappling hook and a form of defence.

As you roam the game’s Wild West landscape, you’ll also encounter a number of classic gangster-style enemies and need to defeat them in frantic, umbrella-heavy battles. The whole thing plays out in a very charming pixel style, and has a neat sense of humour that should spice up the action.

Gunbrella launches for Nintendo Switch in 2023.

We Are OFK got another fresh showing

Band simulator-adventure We Are OFK made another appearance during the latest Nintendo Indie World showcase, this time to introduce the game’s story-based chapters, and how they’ll play out. In We Are OFK, you play as a young musician attempting to balance a full-time job with the effort of cracking into the music industry.

It’s a game all about living your dreams, and the price people will pay to get to the ‘top’.

We Are OFK is set to launch on Nintendo Switch in winter 2022.

Silt has been dated for June

Silt is a spooky game where players explore a dense, black and white ocean filled with terrors. You’ll need to swim your way past odd creatures and snapping teeth to overcome every puzzle in this game, with the new trailer really highlighting the game’s horror elements.

While it appears to be going for spooky and creepy rather than outright scares, Silt still looks like a game that won’t be for the faint of heart.

It launches for Nintendo Switch in June 2022.

Wayward Strand has finally been dated

Wayward Strand, the Australian-made game all about exploring the wards of a surreal, floating hospital, has officially been dated. It will launch for Nintendo Switch on 21 July 2022.

The brand new trailer for the game showed off plenty of heartfelt stories, memory collecting, and exploration, as well as the game’s gorgeous, watercolour-like art style.

It remains extremely endearing, and will likely break some hearts when it finally launches in July.

Cult of the Lamb is coming to Switch in 2022

Cult of the Lamb, an Australian-made game all about a very cutesy cult, also got a showing during the latest Nintendo Indie World. The new trailer showed off the game’s creepy gameplay objective: building out a cult by recruiting innocent little creatures from the woodlands.

It also showed off just how delightful the game looks. With a chibi art style and genuinely adorable creatures, this looks like a game that’ll take the sensibilities of Midsommar and transport them into a delightful, colourful realm.

Cult of the Lamb is set to launch sometime in 2022.

Another Crab’s Treasure is a brand new ocean soulslike

Another Crab’s Treasure is an upcoming adventure-exploration game described as a soulslike. This likely means the game’s many crustacean bosses will be extremely difficult to defeat. The trailer for this game depicted plenty of rolling and stabbing, both standard hallmarks of the genre, although there’s never quite been a soulslike that resembles this one.

It appears the game’s wily hermit crab protagonist will have its work cut out for it as it takes on the armies of the ocean in a fight to the death.

Another Crab’s Treasure is set to launch sometime in 2023.