The making of Mini Motorways and the futility of urban development

When Dinosaur Polo Club set out to make Mini Motorways, a follow-up to Mini Metro, they wanted to convey a message in the most impactful way possible.
Nicholas Kennedy 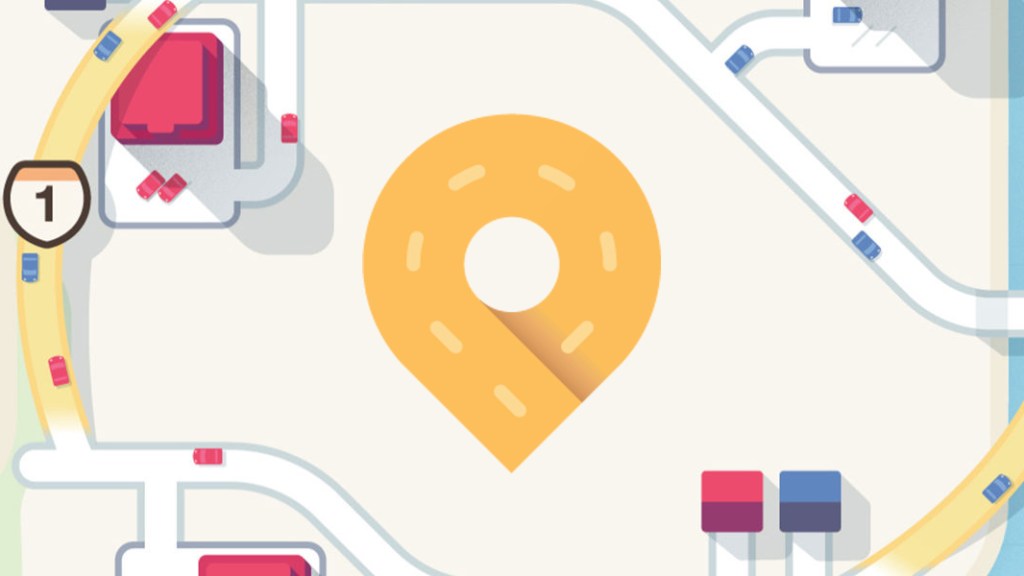 In a game like Mini Motorways, there’s always a moment – one you might not notice at first – when things take a turn. Gridlocks form, traffic slows, and the flow of the city becomes strained. An unnerving thrumming sound plays as the floating timers above each colourful blocky destination tick uncomfortably close to their own personal little doomsdays.

The cruel joke of the thing is that the choice that led you here probably happened an hour ago. Your cute little network of roads, bridges and highways had been living on borrowed time, and you didn’t even realise it. It’s the kind of thinking you don’t expect to be plunged into when playing a game as seemingly detached and logistical as Mini Motorways, but it’s a state of mind the game’s designers are all too aware of.

Taking place in abstracted versions of real cities, players in Mini Motorways are tasked with building that city’s road network, from the central business district to the far-flung exurbs, and the highways in between. When people talk about the pleasure of playing Mini Motorways, they’re often talking about a concept like ‘wuselfaktor’, a German word for the pleasure derived from watching lots of tiny systems interact smoothly; little cars driving around or people bustling in a city.

Dinosaur Polo Club, the developers of Mini Motorways, have had their heads firmly burrowed into this world of aesthetic city-building puzzlers since 2015’s Mini Metro, an exceedingly clean railway management game that captured the minds of players burned out on the obsession with micro-management in traditional city-building games.

However, when it came to Mini Motorways, originally released on Apple Arcade in 2019 and now on Steam in 2021, Dinosaur Polo Club put a little more devil in the game’s details.

‘When you get to the end of a map, or even just a game over… [the game] zooms out and you can go into photo mode and you see what you’ve built; you can see how complex it was. It always feels like a “This is not my beautiful house! This is not my beautiful wife!” moment,’ laughs Casey Lucas-Quaid, community manager at Dinosaur Polo Club, as she quotes the Talking Heads track ‘Once in a Lifetime’.

‘You look back, and you’re like “huh… how did I get here?” and you never actually noticed that much is happening while it’s happening.’

It’s almost insidious, the flow state that a game like Mini Motorways can put you in. It places the blinders of growth and progress on you, before tearing them off at the climax of a run, and calmly presenting you with the heaving, concrete monstrosity you crafted as you dealt with the ever-increasing complexity of the map.

‘The complexity increases with the amount of screen retail you take up’ says Tana Tanoi, one of the programmers who worked on the game. ‘When you start in Motorways, you have a building and two houses, and because they don’t take up that much screen space it’s visually quite appealing to see it expand. On top of that, [both Mini Metro and Mini Motorways] have that imperceptibly slow zoom.”

It’s in that zoom – an ever-so-slight pulling back of a camera as you respond to a landscape capable of spawning department stores and office blocks ad infinitum – that an emotional truth emerges from Mini Motorways; one that silently lets players come to understand the nature of the game they’re playing.

‘There’s an element of the futility of sprawling uncontrolled growth; because that’s another big aspect of the design of any Mini Motorways map; stuff’s just going to spawn all over the place,’ says Lucas-Quaid.

It’s the kind of experience that proffers its perspective in a more elegant and subtle way than simply having all your buildings spew black smoke, with a big ‘ROADS ARE BAD’ message pop-up halfway through the game.

Take the game’s soundtrack, for example. Rather than the orchestrated pieces of games like Cities Skylines that impart a feeling of diligent, aspirational achievement and success through growth, the procedurally-generated ambient electronica of Mini Motorways allows for other perspectives; never asking you to interpret the game one way or another. It simply asks you to look and listen; to see what it is you are doing.

‘When people get to their own conclusions, as opposed to us telling them explicitly, then it’s a lot more impactful,’ explains Tanoi. ‘I don’t think everyone’s going to come to the same conclusion – some people might not get a conclusion at all –  but the ones that will, will go “damn, cars are bad!”’

When the team initially announced Mini Motorways, some fans of Mini Metro were initially disappointed at what seemed like a rejection of that game’s pro-public transport message in favour of a car-dependent one.

‘You guys were such good little NUMTOTS (a reference to New Urbanist Memes for Transit-Oriented Teens, a progressive urbanist Facebook group) before!’ recalls Lucas-Quaid about some of the early initial reactions. ‘You were so focussed on public transport and urbanism…and now you’re making a game about building these big ugly highways over everything?’

It’s not just games like Mini Motorways that are exploring ideas surrounding urban improvement. NUMTOTS, the previously mentioned Facebook Group, has upwards of 219,000 members, and YouTube filmmakers like Not Just Bikes’ Jason Slaughter have carved out significant followings by critiquing and exploring the issues and ideas relevant to car dependency, urban sprawl, climate change, and sustainability.

‘Car dependency ultimately reduces people’s mobility and freedom,’ says Slaughter to me over email. From his home in the Netherlands, Slaughter creates videos comparing and contrasting different urban environments of the 60-odd countries he’s either lived in or visited.

When asked what one of the most broadly applicable changes to city design to reduce things like car dependency would look like, Slaughter says ‘ultimately, the most important initiative is to make destinations closer. That means mixed-use development, and connecting neighbourhoods for easy access by pedestrians and cyclists.’

“Fundamentally, making people travel in 2 tonnes of steel and plastic will never be sustainable. There is simply no way around that,” he says.

It’s Slaughter’s evolving perspective on urban environments and his varied experiences within them that make him a compelling speaker on the topic, and it’s that lack of variety in different urban planning perspectives that can make so many city building games feel alike, or even redundant.

‘A lot of city builders are influenced not just by the people who made it, which is pretty obvious when you think about it, but also the place where they grew up,’ says Tana.

It was only after Mini Motorways was released on Steam and more players were able to talk about it when Tanoi realised that they had done the same thing. Dinosaur Polo Club had unconsciously based much of the game on their home of New Zealand, especially when considering one the key mechanics, roundabouts.

Echoing the variety of urban environments to be drawn on in the world, Lucas-Quaid tells a story of her time spent in Salzburg, a city which traces its roots as a settlement back to the 5th Century BC, and one which divides and restricts public transport, cars, and pedestrians on an almost block by block basis.

Contrast that to her time spent in the American state of Utah, just one of many places she says are “completely unrestrained by geography” in the U.S.: ‘You have these huge, wide roads, four lanes, with enough room to park a car on either side, and it’s just like… a street! In a retail district!’

For all the aesthetic pleasantries and deceptive depth present in Mini Motorways, it’s ultimately everything the game doesn’t say that pushes it from the position of a challenging city builder to something truly subversive and clever.

Referencing an early article around the game’s release, Tanoi says he’d seen Mini Motorways and Mini Metro described as ‘speaking different languages, like they’re asking different things of you’. It’s true that part of the appeal of Mini Metro is that it simply asks you to get passengers from A to B. However, by the time you’re through with a run of Mini Motorways, the questions being asked about the nature of that problem, and the way the game answers them, are far more compelling and impactful.

Mini Motorways is available on Apple Arcade and Steam.