Everything announced during the latest Nintendo Direct 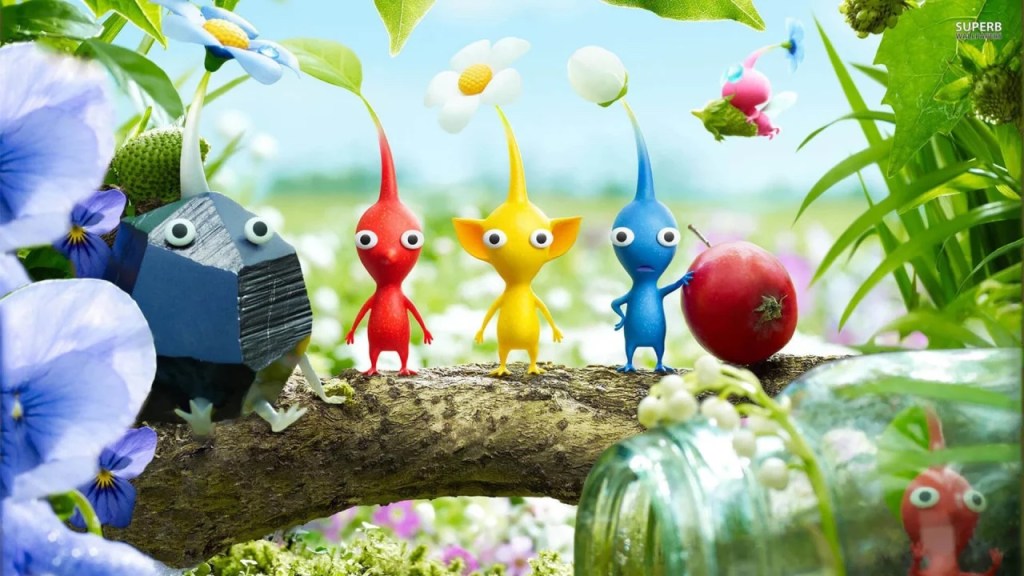 The latest Nintendo Direct showcase arrived with heavy-hitters on board – from Pikmin 4 to The Legend of Zelda: Tears of the Kingdom, Crisis Core: Final Fantasy 7 Reunion, Bayonetta 3, and a raft of other upcoming blockbusters. With rapid-fire announcements, plenty of release date reveals, and a number of welcome surprises, you’d be forgiven for not keeping up with the news. There was so much, all at once – and it’s all worth shouting about.

There was plenty for life simulator fans in the latest Nintendo Direct, and for fans of wild adventure games, strategy RPGs, Nintendo 64 nostalgia, and even classic anime.

Here’s everything announced during the latest Nintendo Direct.

Fire Emblem Engage is a new chapter in the beloved franchise

Fire Emblem Engage was officially announced during the latest Nintendo Direct showcase. This game is a brand new chapter in the long-running franchise, and will feature a range of heroes from the past, alongside a mystery new protagonist, known as the ‘Divine Dragon’. They’ll be tasked with rescuing the land of Elyos from advancing danger, via tactical turn-based battles.

Following this, Nintendo provided the following rapid-fire news in a rolling highlight segment:

Story of Seasons: A Wonderful Life is being remade

Classic GameCube life simulator Harvest Moon: A Wonderful Life is being remade for modern consoles, under the Story of Seasons banner. In this game, you’ll be able to set up a farm and age alongside your spouse and kid, charting a fulfilling life into old age.

Tweaks to the game’s gender and marriage system means you’ll be able to identity as a man, woman, or non-binary farmer, and romance anyone in the game.

The game launches for Nintendo Switch in Summer 2023 [Northern Hemisphere].

This was followed by a Splatfest announcement for Splatoon 3 – the next major showdown will focus on what to take to a deserted island (the answer is gear, of course).

Octopath Traveler 2 will take the series to new heights

Later in the Nintendo Direct, Octopath Traveler 2 was officially confirmed to be in development. The sequel looks absolutely gorgeous, and features a range of glittering locales, all rendered in a brilliant 2D-3D pixel art style.

This adventure should be one to remember when it launches for Nintendo Switch on 24 February 2023.

Fae Farm is a brand new solo or co-op life simulator game that features a pack of faeries looking after a homestead. You’ll be able to plant crops in this game, and use magical abilities to grow your produce, or head off to fight great beasts and gather material. Up to four players can journey together, and discover secrets in a magical realm.

The game is coming to Nintendo Switch in Spring 2023 [Northern Hemisphere].

Next up, Nintendo announced a brand new Theatrhythm game, Final Bar Line. There’ll be 385 songs to play through in this game, with each hailing from a classic Final Fantasy adventure. If you want more challenge in this rhythm battler, you’ll also be able to play through even more songs when new content packs for Square Enix franchises including NieR, Live A Live, and Octopath Traveler launch later in 2023.

Next up, Nintendo showcased a brief exploration trailer for Mario + Rabbids Sparks of Hope. This introduced new combat styles, and the game’s loveable and goofy Sparks.

Rune Factory 3 Special is coming to Nintendo Switch in 2023

Rune Factory 3 Special was announced as coming to Nintendo Switch next year – and it’ll be followed by a brand new Rune Factory ‘series’. Not much is known about what this means, but it may refer to a potential spin-off for the beloved franchise.

New Nintendo 64 games are officially coming to Nintendo Switch Online over the next few months. These include:

The first three games are coming in late 2022, while the rest are scheduled for 2023. GoldenEye 007 was not specifically dated, but it was noted as ‘coming soon’ and will include online multiplayer when it launches.

The next major headlines revealed by Nintendo included the following updates:

Pikmin 4 is officially launching in 2023

Pikmin 4 was officially confirmed to launch in 2023 by designer and Nintendo icon, Shigeru Miyamoto. This game will be playable from the ground perspective of Pikmin, and will feature brand new management systems.

Not much is known about the long-awaited sequel, but we can expect to hear more in the coming months.

Next up, we got the following updates on a range of games:

In subtle passing, Crisis Core: Final Fantasy 7 Reunion was officially dated for launch on Nintendo Switch, Xbox, PlayStation and Windows PC on 13 December 2022. It got a brand new trailer in the Nintendo Direct, starring Zack Fair, Sephiroth, and Cloud as companions and rivals.

Kirby’s Return to Dream Land is getting a cute remaster

Classic Nintendo Wii adventure Kirby’s Return to Dream Land is getting a remaster for Nintendo Switch. This adventure sees the titular blob teaming up with a variety of heroes to romp through Dream Land and defeat foes in classic platforming action.

The game supports up to four players in local co-op, and will launch for Nintendo Switch on 24 February 2023.

The Legend of Zelda: Tears of the Kingdom officially unveiled

The final trailer of the Nintendo Direct showcase was for The Legend of Zelda: Tears of the Kingdom, the long-awaited sequel to Breath of the Wild. The game will once again star Link in an epic journey, as he travels through a sky-bound kingdom, and the land-bound Hyrule.

In addition to the subtitle for the game, the Nintendo Direct trailer also revealed the title’s release date: 12 May 2023.

Read: The Legend of Zelda: Tears of the Kingdom set for May 2023

There’s not long to wait for the brand new Legend of Zelda journey.

You can watch the entire Nintendo Direct showcase for yourself on YouTube.