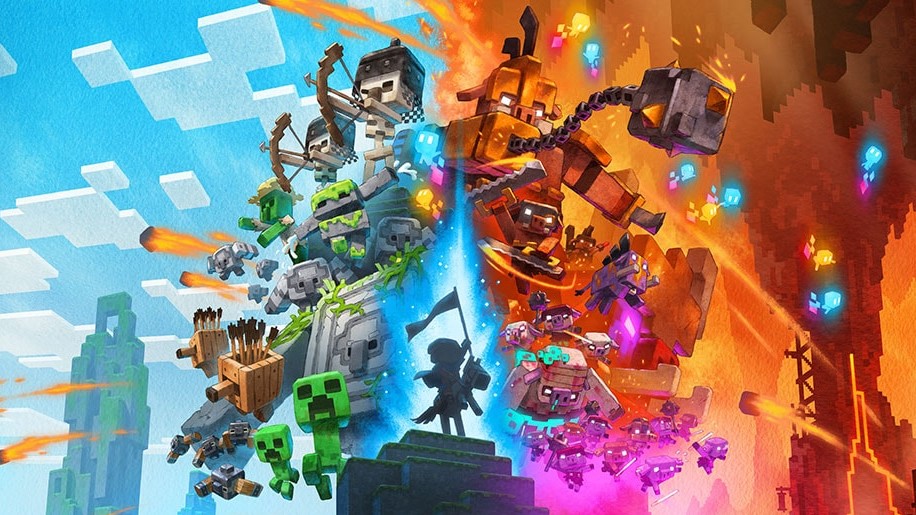 A brand new game in the ever-popular Minecraft universe was announced at the 2022 Xbox and Bethesda showcase. It’s a real-time action strategy game called Minecraft Legends.

Developed by Mojang Studios, Minecraft Legends appears to be a big open world adventure, where you traverse a vast environment on horseback. Your protagonist has the ability to command creatures, as well as the ability to build structures.

The reveal trailer began with a peaceful Minecraft world being infiltrated and overtaken by Piglins, before a hero on horseback rides in with an army at his side.

Some brief gameplay showed off finding treasure chests, building a fort, rallying creatures, as well as assaulting and destroying enemy castles and bases.

‘Legends hold great power,’ the voiceover says. ‘They are the dreams we weave into our shared stories. Some legends tell of peace, and the beauty of simplicity. Some tell of danger and the end of all things’

‘But the legends we hold dearest are of hope, creativity, and of bravery and friendships that change the world forever.’

Minecraft Legends will be available on Xbox consoles and PC in 2023.