Gotham Knights got a new trailer at Summer Game Fest 2022, focusing on the look and fighting style of Nightwing.
Leah J. Williams 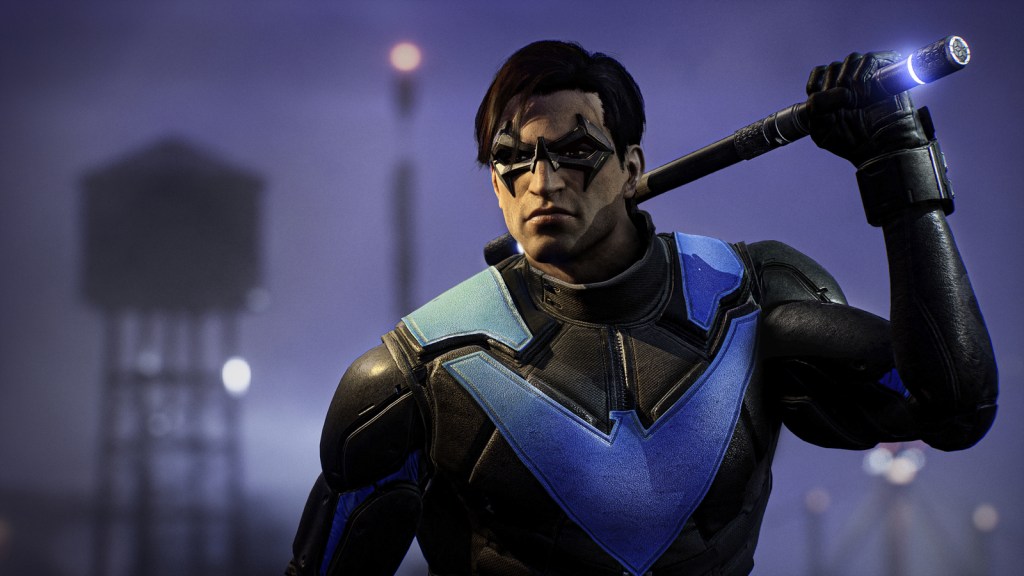 Gotham Knights, the cooperative third-person action game from WB Games Montreal, got a new trailer at Summer Game Fest 2022, focusing on just one of the four characters: Nightwing. This fresh look showcased the hero’s acrobatic, stick-based fighting technique and customisation options for his style.

While Gotham Knights will technically be a four player game, Nightwing will presumably lead the pack as one of the game’s flagship characters. This is reflected in his flashy capoeira combat style, and tense inner monologue. Dick Grayson is a man with the world on his shoulders in the new game trailer – and his brooding suggests he feels partially responsible for Gotham descending into fear and chaos following the death of Bruce Wayne.

In addition to hard-hitting combat, this showcase also revealed a stylish secondary outfit for Nightwing that features Grayson with a deliciously 1990s-era ponytail, paired with a futuristic armoured hoodie. Personally, I think this version of his costume is actually more dynamic and fun than his usual bodysuit, but everyone will likely have their own take on it.

Whatever outfit you choose to dress up your Nightwing in, it appears he’ll have plenty of tricks at hands, to cut swathes through Gotham City’s underworld. There’s veritable hordes of criminals roaming the city in Gotham Knights, and it looks like they’ll all face the blistering wrath of Nightwing as players romp through the game.

There’s hope that the next trailers for Gotham Knights will finally spotlight Barbara Gordon as Batgirl, or Tim Drake as this game’s Robin – both deserve an equally showy turn in the spotlight.