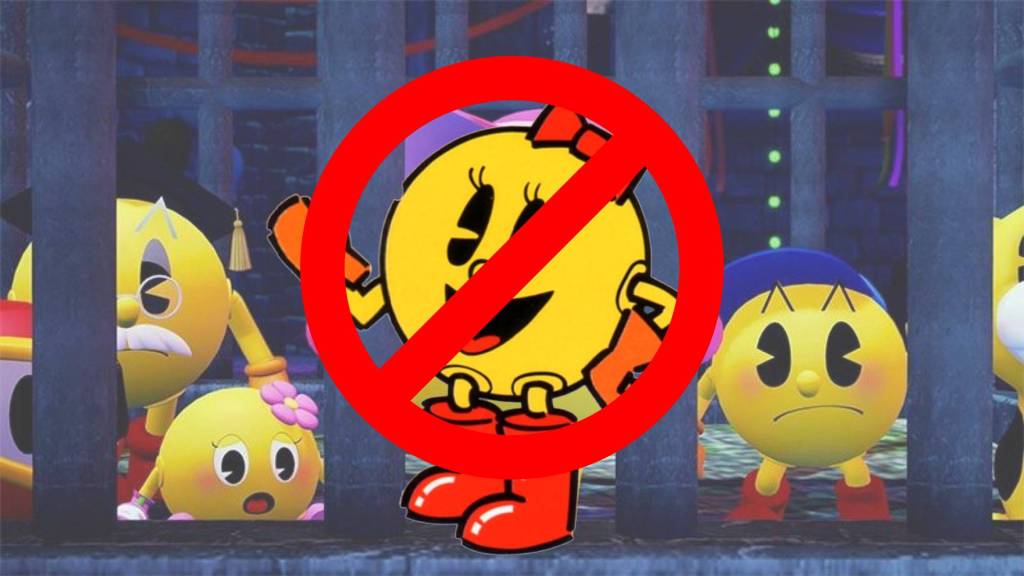 During the latest Nintendo Direct Mini, a surprise remaster for PlayStation One classic, Pac-Man World, was announced. A flashy trailer showed off puzzle platforming, tense cutscenes, and one major change to Pac-Man canon: the removal of Ms. Pac-Man and the original Pac-Baby. In place of these characters, Pac-Man now has a new wife and child, Pac-Mom and Baby Pac.

These changes aren’t exactly new – the replaced characters also appeared in Arcade Archives: Pac-Land as stand-ins – but the new trailer for Pac-Man World has officially cemented their status in the game’s canon, and confirmed the ‘divorce’ of the beloved Pacs.

While the remaster does feature the same Pac-friends being kidnapped by the ghostly forces of Toc-Man, Pac-Mom and Pac Baby are now the ones locked in a cage – essentially erasing Ms. Pac-Man from the history books.

Given these changes have never officially been explained, it appears the ‘canon’ history of Pac-Man now includes a mystery wife and child that appeared out of the blue. Bandai Namco has yet to comment on these changes at all, which has led to major speculation – but the divorce is likely a matter of convenience.

See, while Pac-Man is an official Bandai Namco creation, Ms. Pac-Man originated from an arcade cabinet developed by General Computer Corporation (GCC), and licensed for use by Midway and Namco in the 1980s.

In 2019, a major rights issue reared its head when AtGames acquired the Ms. Pac-Man game royalties from GCC.

When AtGames began licensing products for use, Bandai Namco took the company to court, and alleged it was falsely advertising its products, as well as infringing on copyright. The matter was later dismissed with prejudice as Bandai Namco and AtGames came to a confidential agreement.

While the final decision went undisclosed, the first impact of this lawsuit was felt when the Arcade Archives version of Pac-Land launched without Ms. Pac-Man on board. With the announcement of the World remaster, it’s looking highly likely that Bandai Namco is now done with the character for good.

Going forward, it appears Pac-Mom and Pac Baby will be the only family Pac-Man remembers – despite his former wife having a history (and fanbase) of her own. It’s a strange situation all around, and one that likely won’t be resolved in future.

As far as canon is concerned, Ms. Pac-Man never existed at all.

Pac-Man World Re-PAC is currently set to launch for PC and consoles on 26 August 2022.