Everything announced during the latest Nintendo Direct Mini

From Persona to NieR:Automata and beyond, there were plenty of surprises in the latest Nintendo Direct Mini.
Leah J. Williams 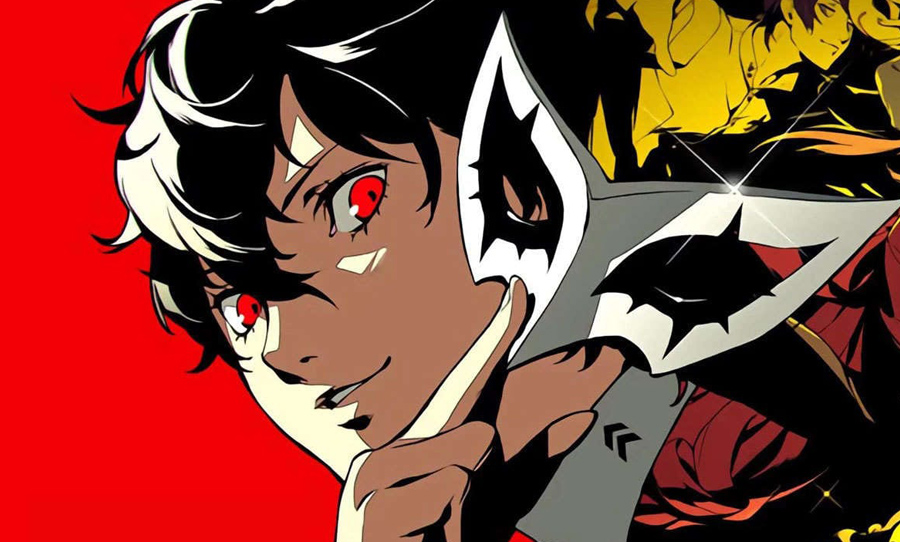 The June 2022 Nintendo Direct Mini wasn’t your typical Nintendo showcase. Rather than being aired as a live show, the entire presentation dropped at once – leading to an avalanche of news on social media and across the web. There were fresh details about the upcoming re-releases of the Persona franchise. There was also news on Disney Dreamlight Valley, Sonic Frontiers, Mario + Rabbids, and nearly every major third-party title coming to Nintendo Switch in future.

Here’s everything announced during the show.

Monster Hunter Rise: Sunbreak, set to launch on 30 June 2022, kicked off the Nintendo Direct Mini in style. This flashy cinematic gameplay trailer showed off snippets of monster-filled action and flashy combat as the game’s main cast spoke of a dying world, and the need to protect their land from chaos.

If you weren’t already sold on the new Sunbreak expansion, this trailer went a long way towards hyping up its eventual release.

At the end of the trailer, a new roadmap for Monster Hunter Rise content also revealed the game would be supported with new hunts until 2023. Here’s how the content roadmap is shaping up:

NieR:Automata is being ported to Nintendo Switch

NieR:Automata, the award-winning action RPG from PlatinumGames, is finally coming to Nintendo Switch, five years after it first launched. A new trailer announced its arrival, and a release date: 6 October 2022.

If you’ve yet to dive in with this adventure, the Switch port is the perfect chance.

Lorelei and the Laser Eyes is a new horror-mystery game that appears to take inspiration from classic PlayStation One-era games like Resident Evil, and the surrealist movement. You’ll journey through a haunted house in this adventure, and discover its secrets in odd, black-and-white gameplay snippets.

This one comes from studio Simogo, responsible for games Sayonara Wild Hearts, Year Walk, and Device 6.

While it doesn’t have a release date, it’s expected to land sometime in 2023.

Super Bomberman R is getting a sequel

Super Bomberman R (2017) is getting a sequel in the form of Super Bomberman R 2. Gameplay appears to be largely the same here, but there is a brand new ‘Castle Mode’ that allows up to 15 players to fight over massive treasure chests.

Mega Man Battle Network Legacy Collection brings ten classic Game Boy Advance-era Mega Man RPGs to Nintendo Switch, alongside artwork and music from the series. This collection looks like a whopper, and will be sold in two parts, or as a complete collection, for keen players.

Pac-Man World is being remade

Pac-Man World Re-PAC is a remaster of the classic PlayStation One platformer adventure, and it includes shiny new characters, gorgeous worlds, and plenty of puzzles. This nostalgic surprise is very welcome, even if it is unexpected.

In Blanc, a faun and a wolf cub work together to find a way home from a snowy wilderness. This adventure looks absolutely gorgeous, and features black and white landscapes filled with puzzles – and yes, it’s co-op, so you’ll be able to jump into this journey with a friend.

Long-awaited Monkey Island sequel, Return to Monkey Island, got a stylish gameplay trailer in the latest Nintendo Direct Mini, which showed off plenty of epic action, and funky new character models for everyone’s favourite pirates. This game looks like it’ll be an absolute blast.

It launches for PC and comes to consoles first on Nintendo Switch in late 2022.

Following a leak earlier in the week, it was also confirmed that Mario + Rabbids: Sparks of Hope will launch exclusively for Nintendo Switch on 20 October 2022.

A new gameplay trailer also showed off how the game’s turn-based combat will work.

Following this announcement was a highlight reel for a number of games including:

These were followed by a fresh look at Sonic Frontiers running on Nintendo Switch. The game arrives Holiday 2022 for PC and consoles.

Disney Dreamlight Valley will arrive on Nintendo Switch in September

Disney Dreamlight Valley, the life simulator that’s like a cross between Animal Crossing with Kingdom Hearts, got a new trailer during the latest Nintendo Direct Mini. This confirmed the early access version of the game will arrive for Nintendo Switch on 6 September 2022.

While it’s rare the console gets early access titles (these are usually reserved for the PC audience), Disney Dreamlight Valley appears to be bucking the trend. With fishing, farming, and a number of delightful activities available for players, it looks set to be a wholesome experience.

This was followed by a trailer for Live a Live (launching 22 July 2022), which now has a demo on the Nintendo eShop.

Doraemon Story of Seasons: Friends of the Great Kingdom announced

Doraemon Story of Seasons (2019) is getting a sequel, in the form of Friends of the Great Kingdom, a new farming simulator that retains the charming aesthetic of the original title. In addition to new farming features, this game will also allow multiple players to farm together in local play.

It arrives for Nintendo Switch in 2022.

Minecraft Legends got a sweeping new trailer following this reveal. It arrives for Switch, PC, and other consoles in 2023.

A brand new Dragon Quest game is on the way, in the form of Dragon Quest: Treasures. This chibi adventure features two siblings exploring a vast land discovering treasures and fighting monsters. It appears to be an open world game with plenty of sandbox potential.

It arrives for Nintendo Switch on 9 December 2022.

This was followed by a flash reel for the following games:

Harvestella is a new farm simulator, with a twist

You’ll be able to ‘farm, fight, and forge friendships’ in Harvestella, a new anime-inspired farm simulator that features a really nifty twist. While you’ll be doing all the usual things in this game – hunting, farming, chatting, decorating, cooking – you’ll also need to venture out of your village to fight a mysterious darkness known as Quietus.

It appears this title will lean heavily into JRPG storytelling when it launches for Nintendo Switch on 4 November 2022.

During the latest Nintendo Direct Mini, it was also announced that the best Persona games – Persona 3 Portable, Persona 4 Golden, and Persona 5 Royal, will be coming to Nintendo Switch in future. These games were already announced for Xbox and PC ports in early June, and now it appears they’re bound for Switch.

The first game to arrive will be Persona 5 Royal on 21 October 2022, with the other games arriving at a later date.