The multiplayer live-service game from Crystal Dynamics and Square Enix is shutting down in 2023.
Edmond Tran 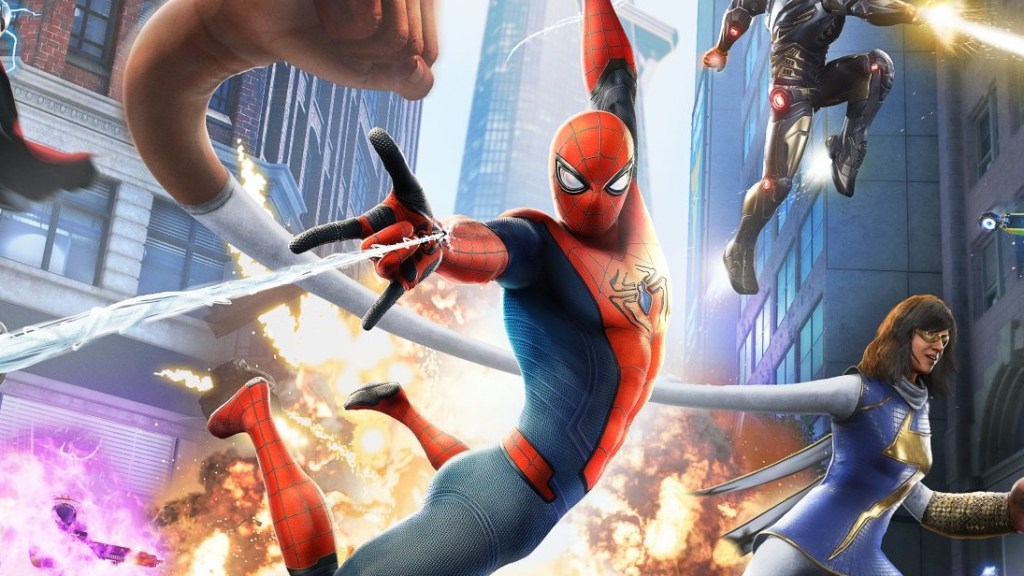 Marvel’s Avengers, the online live-service multiplayer game developed by Crystal Dynamics and published by Square Enix, will officially come to an end in 2023. Crystal Dynamics announced plans to stop adding new content, and end all support for the game in a blog post. The news comes two and a half years after the game was first released, in August 2020.

The studio announced that new content and features will cease on 31 March 2023, following a long spree of regular updates that included weekly cosmetic items and new expansion content, featuring additional characters like Spider-Man and Black Panther.

All official support for the game will cease on 30 September 2023. At this point, the game will be removed from digital storefronts. Thankfully, it will continue to be playable in both single-player and multiplayer modes.

When the game’s final patch is released on 31 March 2023, all of the game’s cosmetic content will be made free for all players. Previously, these items had to be purchased with real-world and/or in-game currency, as well as through a battle-pass-style progression system.

‘Gifting the full library of Marketplace cosmetic content is a way to thank our community by letting everyone experience the breadth and depth of content in Marvel’s Avengers,’ reads the Crystal Dynamics blog post.

Any player who still owns amounts of the game’s real-world currency equivalent when Marvel’s Avengers gets its final update on 31 March 2023 will have it converted to in-game resources.

Marvel’s Avengers features a robust single-player narrative adventure that revolves around Avengers fan Kamala Khan, her transformation into the superhero Ms Marvel, and her journey to reunite the titular superhero team after a catastrophe that scatters its members. Outside of this, the game also features a number of standalone missions that can be tackled with other players.

A constant battle for Marvel’s Avengers

The fight for Marvel’s Avengers has been a difficult one. Prior to the game’s launch, its marketing campaign created much confusion over what the game was. Its live-service multiplayer aspects were rarely spoken about, and audiences were critical about the designs of each character.

Upon the game’s release, it received a mixed critical reception from critics and audiences alike. The single-player campaign that followed Kamala Khan was received positively, but the game’s integration of live-service mechanics – like multiple currencies, an assortment of different ‘gear’ for each character, and repeatable missions – did not go over as well.

While Crystal Dynamics continued to support the game post-launch to the best of its ability, Marvel’s Avengers was regularly cited in Square Enix investor calls as ‘disappointing’, with the publisher at one point suggesting that Crystal Dynamics wasn’t the right partner for a live-service game.

The Crystal Dynamics blog post ends with an FAQ that leads with the following question:

“Who made the decision to end support for the game?
The decision was made in conjunction with our partners that now was the right time to make this change.“