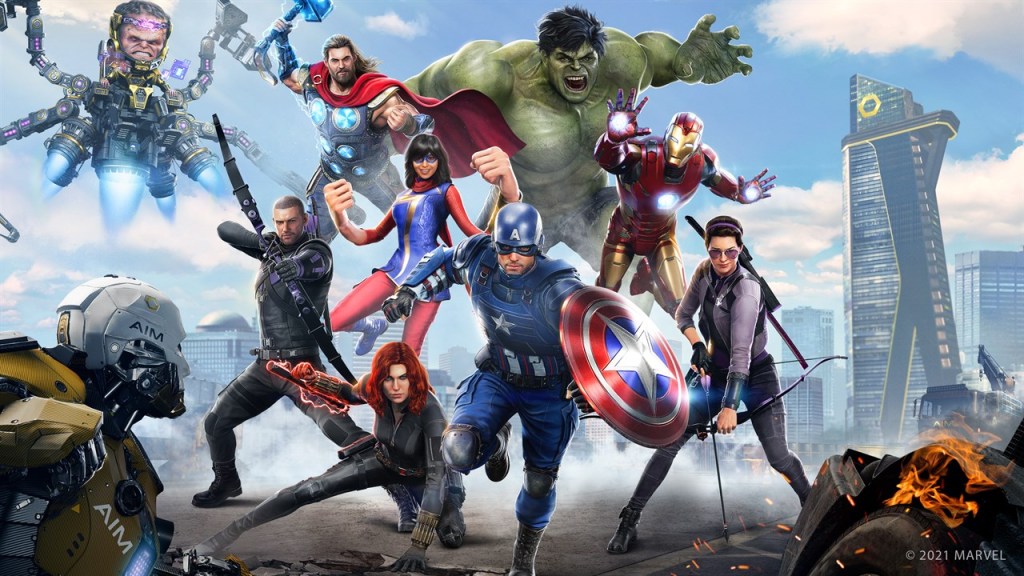 In an annual report, Yosuka Matsuda, president of Square Enix, has said the company has much to learn from the launch of Marvel’s Avengers — including the importance of choosing the ‘right’ studio for the job.

A note addressing shareholders aimed to address concerns about the success of the game, and explain the many challenges it had faced during the coronavirus pandemic. Notably, Matsuda appeared to admit Crystal Dynamics wasn’t quite the right fit for Marvel’s Avengers due to non-aligned values on the ‘games as a service’ front.

‘Marvel’s Avengers was an ambitious title for us in that we took on the GaaS [Games as a Service] model,’ Matsuda said in the report.

‘We overcame a variety of unexpected difficulties in the final phase of the game’s development, including needing to transition to work from home due to the pandemic. We were able to surmount these challenges and release the game, but it has unfortunately not proven as successful as we would have liked.’

In working through these challenges, Matsuda recognised the company had learned a lot about games development, including the intricacies of Games as a Service, which requires constant maintenance and fresh content to keep players engaged.

‘Taking on the GaaS model highlighted issues that we are likely to face in future game development efforts, such as the need to select game designs that mesh with the unique attributes and tastes of our studios and development teams,’ Matsuda said.

He went on to describe Marvel’s Avengers as ‘disappointing’ but doubled down on a commitment to GaaS as a viable system, which ‘will grow in importance as gaming becomes more service-oriented.’

‘How we go about creating new experiences by incorporating this trend into our game design is a key question that we will need to answer going forward,’ Matsuda concluded.

While Matsuda did not point to Crystal Dynamics as the reason for the game’s failure, the focus on needing to ‘select game designs that mesh with the unique attributes and tastes of our studios and development teams’ implies a lack of cohesion between Crystal Dynamics’ specialty talents (action-adventure games) and Square Enix’s vision for Marvel’s Avengers (GaaS).

While the game certainly does well in the action-adventure stakes — missions can be incredibly entertaining with friends, and its main campaign featuring newcomer Kamala Khan (Ms. Marvel) was generally well-regarded — the game’s microtransaction-heavy GaaS features have often been the subject of criticism from fans who expected a ‘true’ Crystal Dynamics adventure.

Recently, a newly-implemented ‘pay to win’ system was removed the game following major backlash and claims of betrayal after developers promised microtransactions would only be for cosmetic items.

It appears Square Enix is now very aware of the disappointment on both sides of the fence. With a lot to learn from the game’s launch and rollout, it’s likely the company’s future games will take these lessons in their stride.