It Takes Two, the cooperative adventure from Hazelight Studios, has been picked up for a screen adaptation by dj2 Entertainment.
Edmond Tran 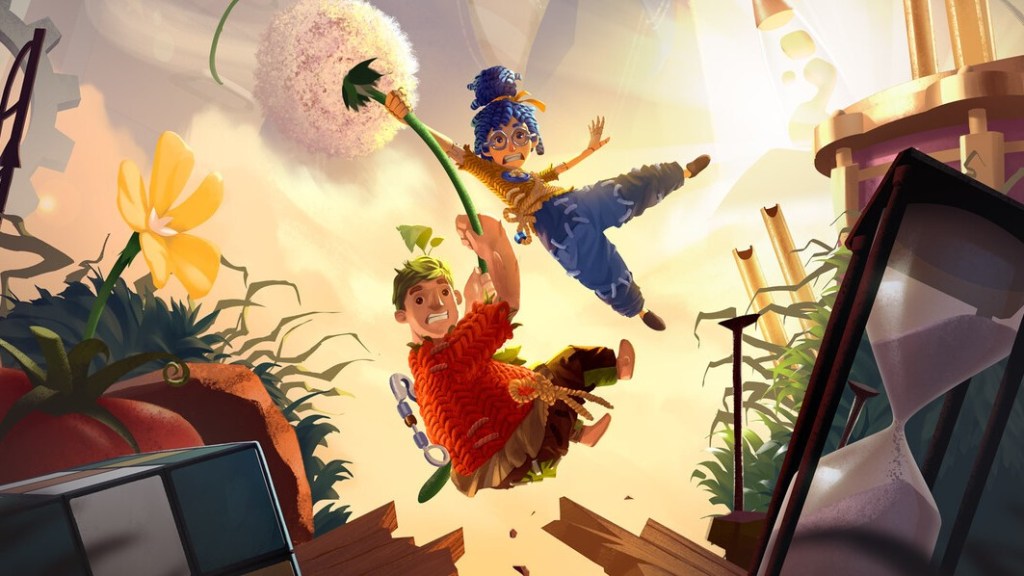 It Takes Two, the cooperative adventure from Hazelight Studios, has partnered with dj2 Entertainment to adapt the award-winning title for film and television, according to Variety.

The screenwriters behind the Sonic the Hedgehog film adaptations are attached to the project, and according to Variety’s sources, it’s also currently the subject of a ‘multi-party bidding war’.

It Takes Two tells the story of a couple on the brink of divorce, who accidentally become transformed into miniature dolls after they break the news to their daughter. They then need to put aside their differences in order to overcome physical and emotional challenges as they attempt to get things back to normal.

It Takes Two was mostly well-received following its release in mid 2021, with praise focussed on its gameplay and two-player mechanics. The game took out Game of the Year at The Game Awards 2021, to major surprise. It’s the second game from Hazelight Studios that requires two people to play, following A Way Out in 2018.

‘Since it has a strong narrative with many crazy characters and just as crazy co-op action moments, the potential is huge for a great adaption to film or television’, Josef Fares, Creative Director, told Variety.

dj2 Entertainment currently has a number of projects in the works based on critically acclaimed video games. These include the cerebral RPG Disco Elysium, Hong Kong action game Sleeping Dogs, Devolver Digital’s My Friend Pedro, arty exploration game Sable, and a Tomb Raider anime for Netflix.