Indie publisher Raw Fury has entered a deal to develop adaptations for its games, including Sable, Night Call, and Mosaic.
Chris Button 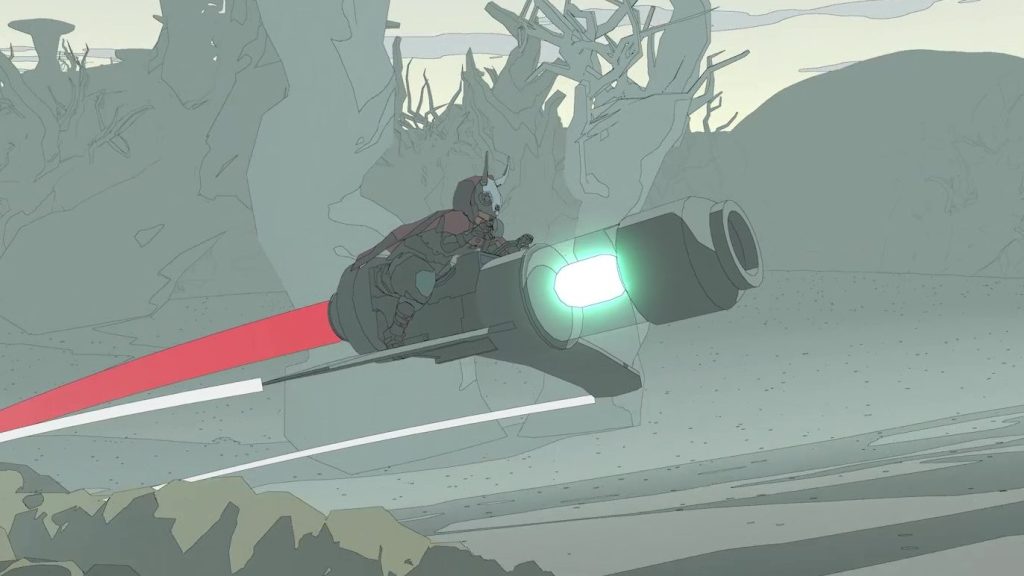 Indie game publisher Raw Fury has signed an agreement with dj2 Entertainment to adapt several of its games across film and television. As originally reported by Variety, the deal currently includes adaptations for three Raw Fury games: Sable, Night Call, and Mosaic.

dj2 Entertainment is a production company specialising in adapting video games into other screen media, having worked on the 2020 Sonic the Hedgehog film. In addition to the recently announced projects, they’re also working on a live-action television series based on Disco Elysium, as well as executive producing Netflix’s upcoming Tomb Raider anime series and the live-action Life is Strange series.

Raw Fury is a Swedish publisher known for signing a diverse range of games made by small teams such as Backbone, and Gonner 2. Sable, made by independent UK team Shedworks, is the publisher’s latest game, which David Wildgoose described as ‘peaceful and contemplative’ in his four-star review. Variety reported that talks for the partnership between Raw Fury and dj2 Entertainment commenced at the hybrid video game and filmmaking Crafting Worlds conference held in Sweden. Jónas Antonsson, Raw Fury CEO, mentioned the agreement was a ‘perfect fit’ for the label.

‘Entering into a partnership with dj2 feels like a perfect fit for Raw Fury,’ Antonsson said. ‘Their creativity and ability to take the core of each game and transform it into new art forms fit the Raw Fury vision and we are excited to work together and see what we will create.’

Read: Sable Review: A Diamond in the Rough

Dmitri M. Johnson, dj2 CEO, added that Raw Fury is responsible for ‘some of the most unique, beautiful, and innovative games today’, and the partnership will allow the company to be proactive in adapting games to other mediums sooner.

‘There’s so much to love about working with the Raw Fury team,’ Johnson said. ‘Having access to Raw Fury’s incredible slate allows dj2 to begin developing adaptations even before a game is released, getting a jump on the market as well as allowing for more synergy between the different media.’

Other game adaptation projects dj2 Entertainment is currently involved in include My Friend Pedro, Little Nightmares, Sleeping Dogs, and Ruiner. No timeline for the Raw Fury projects has been publicly established yet.

It’s been a busy period for notable film and television adaptations of video games, with Gearbox Software’s Borderlands movie in the works as senior figure Randy Pitchford changes roles, the infamously Chris Pratt-led Super Mario Bros. movie set for next year, and this year’s Mortal Kombat filmed in South Australia.