A new free-roaming Sonic game, Sonic Frontiers, has been announced at The Game Awards 2021. It will release at the end of 2022.
Edmond Tran 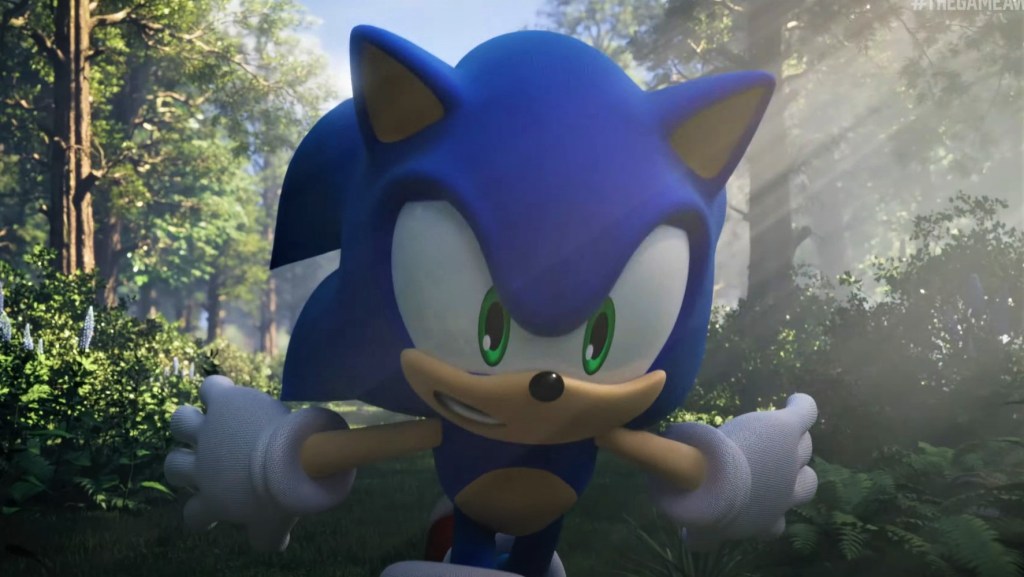 The previously rumored new Sonic game was announced at The Game Awards 2021. Sonic Frontiers will launch at the end of 2022.

A brief CG trailer was shown, which featured the blue hedgehog sprinting through an expansive world of forests, rocky outcrops, and monoliths. We can make the assumption that the game is a 3D Sonic game with some degree of free-roaming exploration.

The trailer description reads: ‘An experience like never before, accelerate to new heights and experience the thrill of high velocity, open-zone freedom. Battle powerful enemies as you speed through the Starfall Islands – landscapes brimming with dense forests, overflowing waterfalls, sizzling deserts and more!’

The game is due for release at the end of 2022. A few screenshots on the game’s official website shows off some of the environments, as seen in the trailer.

Despite the character’s popularity, Sonic hasn’t exactly had the best performances when it comes to his video games. That’s especially true of his 3D videogames, so no doubt Sonic devotees are crossing their fingers when it comes to Sonic Frontiers.

Elsewhere in The Game Awards 2021, actors Ben Schwartz and Jim Carrey presented a new trailer for the next Sonic The Hedgehog feature film, which releases on 8 April 2022.

More information as we get it.