Halo TV series gets new trailer ahead of Paramount Plus launch

A new trailer for the Halo TV series on Paramount Plus has given us a more detailed look at where it's going with the adaptation.
Edmond Tran 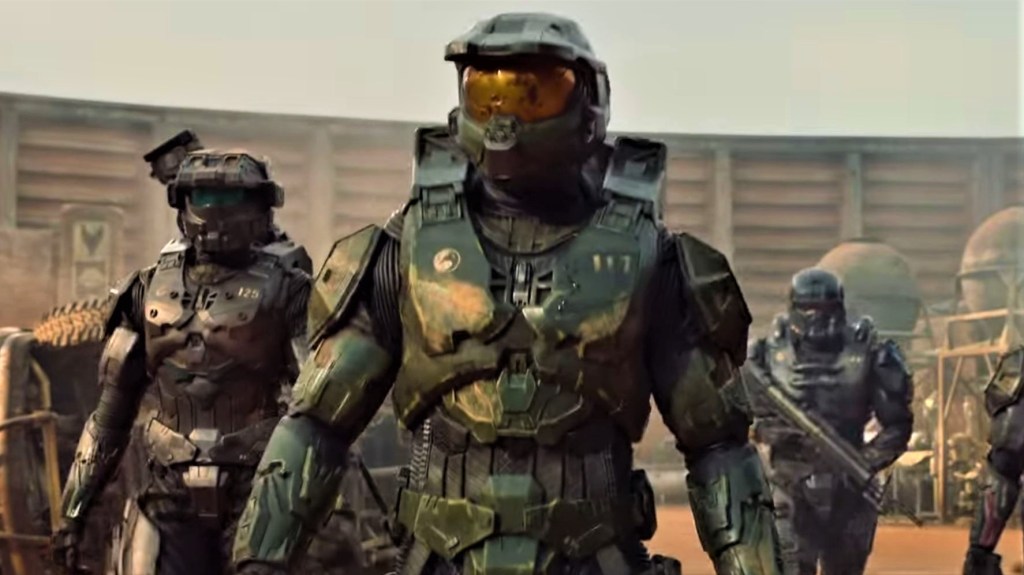 In the wake of Halo Infinite’s release in December 2021 – which marked the biggest-ever launch performance for any game in the hallowed first-person shooter series – the awareness campaign for the upcoming live-action TV series on Paramount Plus is gearing up.

Released at the very end of January 2022, the trailer is a more in-depth look at the adaptation of Halo‘s characters and world than the teaser we got during the The Game Awards 2021.

The trailer begins with a siege on a desert city and focuses in on a new civilian who comes into contact with protagonist Master Chief.

Master Chief is described as a Spartan super-soldier designed to ‘win this war’. We get a glimpse of other, unmasked Spartan soldiers, as they’re described as the ‘only effective weapons against the Covenant’.

We also get a quick look at the alien race with a few shots of Covenant soldiers, resembling the ‘Elite’ enemies in the video games, given the presence of their blue, two-pronged energy sword weapons.

Master Chief is then described as ‘lethal, upgradable, and most importantly, controllable,’ as we see him go toe-to-toe with two tower elites.

We learn that the Covenant are attempting to excavate some kind of MacGuffin, which sets off a chain of events that suggests a change of heart in Master Chief as he displays uncharacteristic spurts of empathy and curiosity towards his indoctrination.

The conniving military types suggest a method of reigning him back in, and we get our first look at Cortana, the sentient AI companion who accompanies Master Chief throughout the video game series and, eventually, becomes an antagonist.

Jen Taylor, who plays Cortana in the video games, returns to portray her in this live-action series, which will be a pleasing note to many. Pablo Schreiber (Law and Order: SVU, American Gods) plays protagonist Master Chief.

A moody cover of In The Air Tonight by Phil Collins underscores a montage of action sequences, spaceships, and a shot of a human-looking Covenant ally attacking with what appears to be… a barrage of tentacles.

There are some interesting narrative wrinkles here that’ll hopefully make the Halo series more engaging for TV audiences, and what is shown of its action and sci-fi production design looks serviceable. We’ll leave hard judgment for when the series releases on 24 March 2022.

The Halo TV series adaptation is produced by Steven Spielberg’s Amblin Entertainment for Paramount Plus. It’s been a long time coming – development on the show began in 2013, but multiple personnel changes resulted in a number of delays for the project.