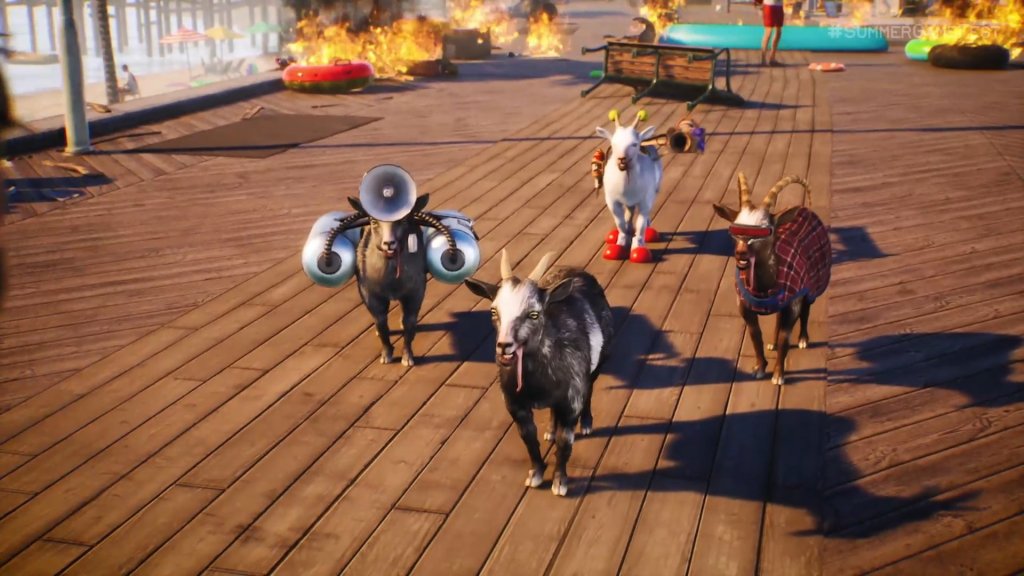 A sequel to the ridiculous game Goat Simulator was announced at Summer Game Fest. The tongue-in-cheek trailer actually spoofed the initial reveal for Dead Island 2, a game that has spent a ridiculously long time in development hell, with Summer Game Fest host Geoff Keighley playing up the bait and switch.

It was a rather clever marketing tactic, and one that perfectly represents the hook of the Goat Simulator series: that it doesn’t give a flying goat about taking anything seriously. Even the name of the sequel is a send up – as many have pointed out, there is no Goat Simulator 2.

While this may cause some confusion, there’s no reason why a second game can’t be called ‘3‘ for fun. Why not? It’s a game about goats causing havoc – let’s all live a little.

You can check out the announcement trailer for Goat Simulator 3 below:

It’ll be available on PC via the Epic Games Store, as well as PlayStation and Xbox in Spring 2022 (Southern Hemisphere). When it arrives, expect it to feature more wacky goat antics than you can poke a stick at.

There’s set to be laser goats, rocket-powered goats, mind-control goats, and electrically-charged goats in this sequel – all of which will cause major, delightful, glorious chaos.

Whether or not developer Coffee Stain Studios will explain what happened to the ‘real’ Goat Simulator 2 is currently unknown.