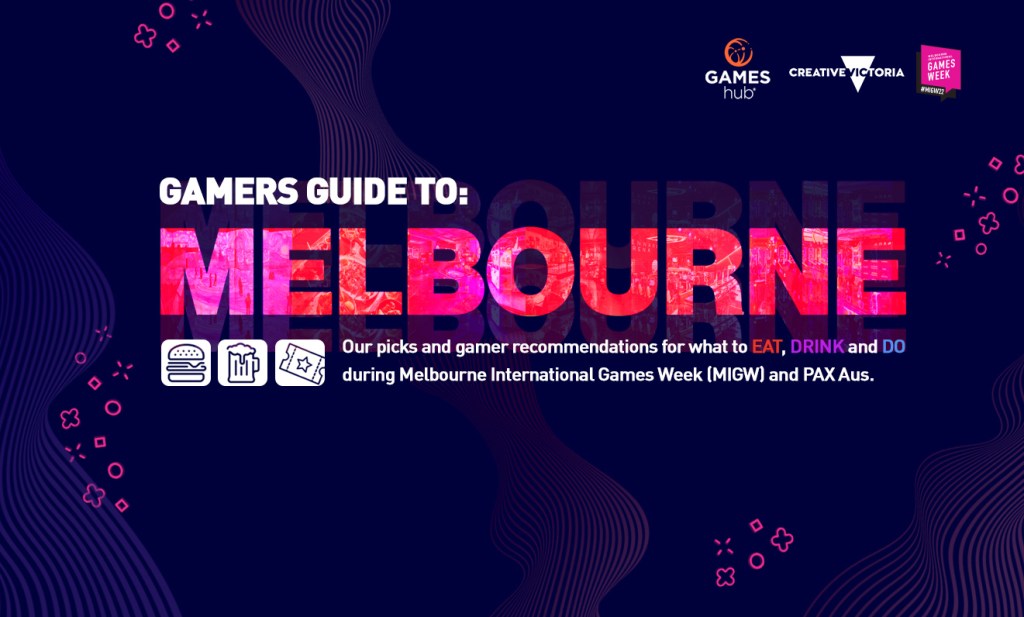 Tens of thousands of people are expected to flock to the Melbourne Convention and Exhibition Centre and surrounding venues for major public events and industry conferences, such as PAX Aus, Games Connect Asia Pacific, High Score, Freeplay Parallels, Games for Change and several other conferences taking place during Melbourne International Games Week 2022.

The Gamer’s Guide to Melbourne aims to help travellers attending MIGW 2022, especially those from interstate and overseas, with dining and hospitality recommendations, as well as suggestions for other activities and entertainment in Melbourne.

Hot tips have come from notable Melbourne-based video game developers, who also provide their own personal commentary about their favourite places in the city.

Several hospitality venues located in Southbank – near the Melbourne Convention and Exhibition Centre – are featured in the guide, including Thai restaurant BangPop and popular riverside bar, The Common Man. Each featured venue has created a special menu for Melbourne International Games Week.

The Gamer’s Guide to Melbourne is a collaboration between GamesHub and Creative Victoria, and can be accessed via gamersguide.melbourne.

Melbourne International Games Week 2022 takes place from 1-9 October 2022. The full schedule can be found on the MIGW website.