Ted Lasso and AFC Richmond are officially coming to FIFA 23 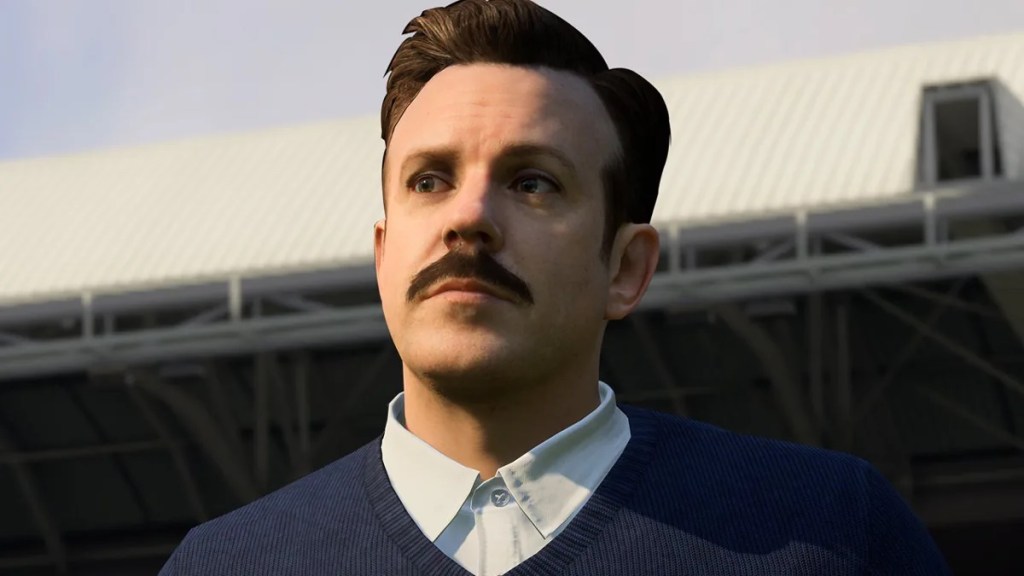 After months of rumours and a not-insignificant leak, EA has finally confirmed the entire crew of Apple TV+ show Ted Lasso will be making their debut in FIFA 23. In a new showcase trailer, Ted can be seen cheering his squad on from the digital sidelines, while each takes turns shooting flashy goals. The model for Ted is a bit uncanny, but there’s no doubting it’s the grinning visage of actor Jason Sudeikis on show.

The entirety of AFC Richmond, the show’s fictional football team, will be playable in the game – with mo-capped versions of Roy Kent (Brett Goldstein) and Jaime Tartt (Phil Dunster) making brief appearances in the trailer, alongside Trent Crimm (James Lance) and Coach Beard (Brendan Hunt).

While the news shouldn’t come as a surprise to those who’ve been following this story – EA itself teased a major reveal earlier in the week – it is a notable inclusion in the FIFA canon. FIFA has rarely featured guest stars, and certainly not of the fictional variety – but that likely speaks to the popularity of Ted Lasso and its impact on the football scene over the last few years.

The television series has grown to become a major smash hit, with Ted Lasso himself becoming a beloved TV icon, thanks to his charming and aloof persona.

You can check out his teaser showcase below:

Ted Lasso and the entirety of AFC Richmond will be playable in FIFA 23 from launch. You’ll be able to play this team in any of the game’s modes, including online, to live out your best Ted Lasso dreams. Ted will also be a playable manager in Career Mode.