Everything new we just learned about FIFA 23

Here's every new feature in FIFA 23, and what to expect from the final game in the long-running franchise.
Leah J. Williams 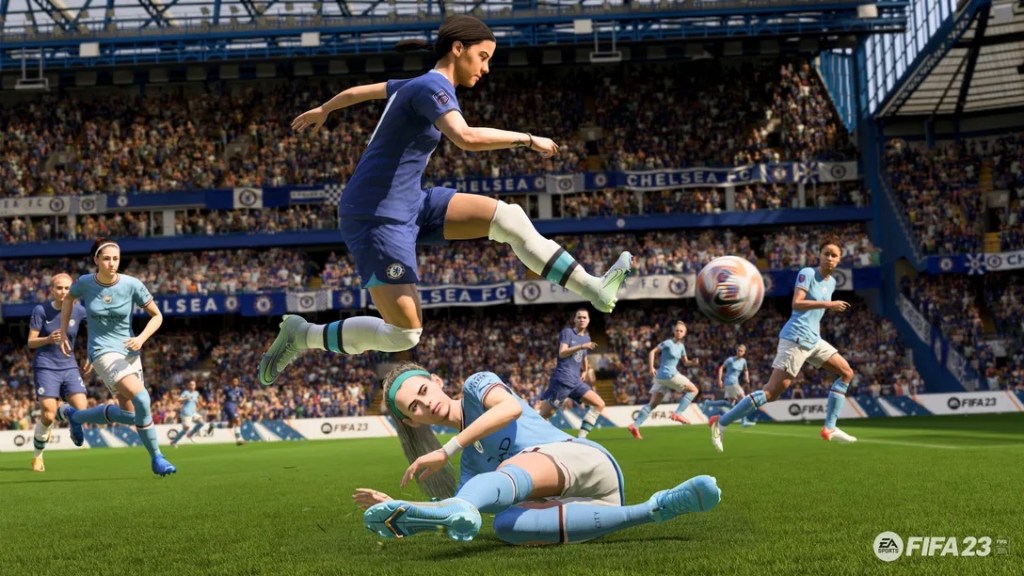 EA has finally revealed FIFA 23 in full, with a range of new and returning features detailed across a flashy new trailer and various blog posts. As in prior franchise entry FIFA 22, the game benefits from ‘HyperMotion’ tech that makes movements feel more fluid and responsive.

The FIFA series has become more realistic with every year, with face models and movements being tweaked nearly to perfection. FIFA 23 looks great, and represents another leap in graphical quality – but the biggest improvements are found outside of this tech.

The primary difference between this game and FIFA 22 is the inclusion of women’s club teams, with leagues now available to enter for the first time, including the Barclays Women’s Super League (England), and the Division 1 Arkema (France). In future, the game will also get the FIFA Women’s World Cup Australia and New Zealand 2023, and the FIFA World Cup Qatar 2022 as post-launch DLC.

These leagues join both a men’s and women’s FIFA World Cup included in the game at launch.

According to a PlayStation blog post, the action will be aided by HyperMotion 2 graphics that drive ‘authentic’ player movement. Stadiums have also been given an upgrade, with better ‘pitch surfaces’ and ‘atmosphere’ to aid those epic goals.

The mechanics have been given a total refresh in FIFA 23, too, with the new system designed to be more responsive to player input. Alongside tweaks to the existing formula, there’ll be new, skill-based shooting mechanics, as well as improved free kicks, penalties, and corner shots.

You’ll be able to jump into the action via a range of returning modes, including in ‘FUT Moments’ where you can create your own crew with a revamped ‘Chemistry System’, in the game’s Career Mode, in Pro Clubs, or in Volta Football, or by entering one of many World Cups.

In Career Mode, you can create your own player and manage the stars of football through an entire season. In Volta Football, you can play online with mates and earn new Avatar upgrades. In Pro Club mode, you can also customise and enhance players to jump into online matches.

It appears there’s a range of modes to choose from, all supported by the refreshed mechanics and graphics of FIFA 23. With the title technically being the last in the series, thanks to a licensing stalemate, it should be a good cap for the long-running franchise. In future, expect the series to continue under the EA Sports FC moniker.

FIFA 23 will launch for PlayStation 4, PlayStation 5, Xbox One, Xbox Series X/S, and Windows PC on 30 September 2022. Stay tuned for more details about game modes and new features as we head towards launch.