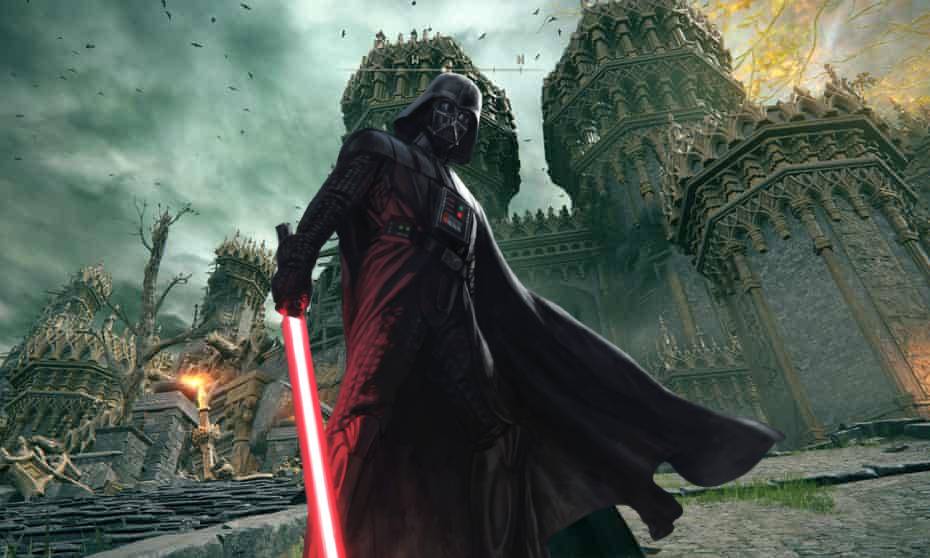 Elden Ring is packed with villains, from eldritch beasts to armoured guards. Now, it has a brand new obstacle – in the form of Star Wars villain Darth Vader. A new mod for the PC version of the game, spotted by Kotaku, allows players to hit the roads of the Lands Between as the iconic lightsaber-wielder, and carve a path of destruction in their wake.

The mod acts as a visual skin for the ‘confessor’ armour, allowing players to don Vader’s iconic outfit, should they come across this set in the wild. The level of detail here is very impressive – with the model used for Vader’s suit looking sleek and surprisingly fitting for the world of Elden Ring. Everything shines here, from the character’s iconic helmet, down to his knee-length boots.

You can check him out below, courtesy of Xelerate, who co-created the mod with drs2:

The lightsaber seen in the video is actually an entirely separate mod, also created by Xelerate, but they pair together so well you might as well grab both if you’re looking to kick off your monster-killing quest. Six differently-coloured sabers can be used in-game, with the skins replacing the Godskin Peeler weapon.

Both mods are available via Nexus Mods, and can be easily downloaded by anyone.

There’s something extremely satisfying about watching Darth Vader carve his enemies to bits – and it’s impressive how well he works in the game. Against a backdrop of night terrors and flailing tentacles he is a little bit less intimidating than in Star Wars lore – but that shouldn’t stay your hand.

If you’re looking for a wackier experience in Elden Ring, the good news is there’s also plenty of other wild mods now available for the game. For example – this mod that transforms a Tree Sentinel into Thomas the Tank Engine. There also appears to be mods to include Sonic the Hedgehog, Shrek and Barrack Obama in the action, although these are not currently available for public access.

On the flipside, Elden Ring characters have also been hilariously modded into the fighting game Tekken 7.

As the Elden Ring community continues to grow and discover more of the game, it’s likely we’ll see weirder and more wonderful projects exactly like this in future. They may struggle to top ‘Darth Vader in Elden Ring’ – but we’re keen to see what comes close.