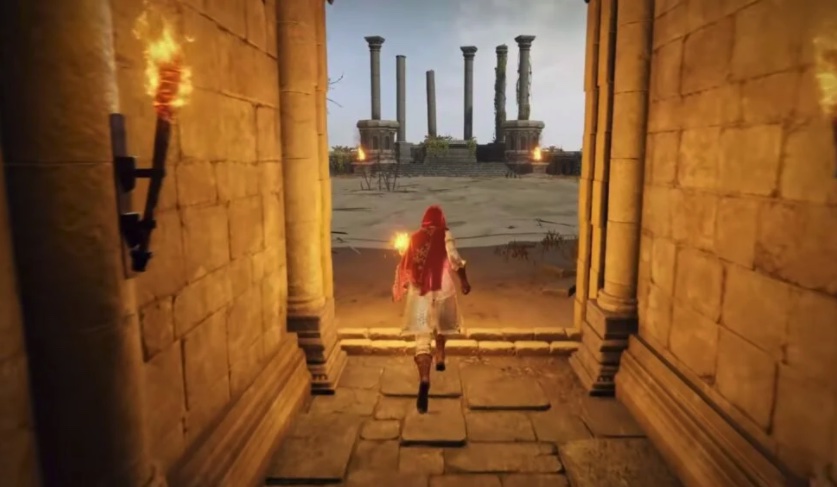 In early 2022, a strange colosseum was spotted in the game files of Elden Ring – although it was inaccessible to players and couldn’t be properly explored. The discovery was made by data miner Lance McDonald, who speculated it could be an arena designed for multiplayer battles, although new information has now come to light, courtesy of modder Sekiro Dubi.

In a new video, Dubi revealed they had been able to mod the Elden Ring Network Test build to allow access to the colosseum. When they explored the space, which resembles the classic structure from Greek mythology, they discovered a Site of Grace rest point, and two previously unseen enemies.

The existence of a Site of Grace implies players would have been able to visit the area, and that it was actually cut during development. This would also reportedly align with lore clues scattered throughout the game. According to Dubi, internal file names point to the arena being known as ‘Leyndell Colosseum’, which would relate it to the existing Leyndell, Royal Capital locale which is accessible by players.

Beyond this, the connect between the lands is unclear.

Within the bounds of the arena, Dubi discovered further secrets, including two hidden enemies: the ‘Gladiator Large’ (likely a placeholder name) and the ‘Old Lion of the Arena’. According to Dubi, these naming conventions align closely with existing lore, which likely means the colosseum was cut late in the game.

Both the lion and knight appear to be fairly complete – as Dubi explores the arena in the video, they leap out at him and seem to be fully animated and programmed to attack.

Why these enemies, and the entire colosseum, were cut from the final game is currently unknown. Like Lance McDonald, Dubi speculates the area could reappear in future DLC content – however, not much is known about its appearance or place in the game’s lore just yet.

With new discoveries found almost every week in Elden Ring, it’s clear the game still has a number of secrets it’s holding close to its chest. It’s only a matter of time before the rest of the game’s cut content is mined.